Tony, Katrina and the Tony Awards 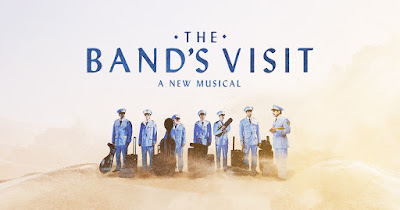 The pieces performed from nominated musicals didn't really showcase anything too exciting, although Lenk was lovely singing "Omar Sharif" from The Band's Visit, offering a hint of the show's power, and Hailey Kilgore and the cast of Once on This Island showed why they won Best Revival of a Musical. I also enjoyed the funny and fizzy performance from Gavin Lee and some underwater creatures from SpongeBob Squarepants: The Musical. 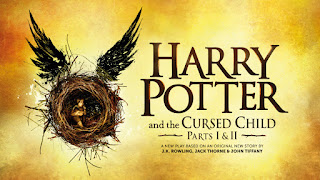 On the play side, Harry Potter and the Cursed Child took home six Tony statuettes, winning Best Play (even though playwright Jack Thorne was shut out at the microphone), Best Direction of a Play for John Tiffany, as well as scenic, lighting, sound and costume design awards. Andrew Garfield and Nathan Lane were both honored for their performances in the new millennial production of Angels in America,which also won Best Revival of a Play. And living legends Glenda Jackson and Laurie Metcalf won for their two-thirds of Three Tall Women.

Hosts Sara Bareilles and Josh Groban provided an amiable and entertaining presence throughout and I'd be happy to see them back in those positions in future years. Other highlights included a performance of "Seasons of Love" from the musical Rent by students from Marjory Stoneman Douglas High School in Florida, Bruce Springsteen with a heartfelt, if mostly spoken performance at the piano, and the divine disco stylings of "Last Dance" from the Donna Summer musical.

Here's how the 2018 Tony Awards unfolded:

BEST PERFORMANCE BY AN ACTOR IN A LEADING ROLE IN A PLAY
Andrew Garfield, Angels in America

BEST PERFORMANCE BY AN ACTRESS IN A FEATURED ROLE IN A PLAY
Laurie Metcalf, Three Tall Women

BEST PERFORMANCE BY AN ACTRESS IN A FEATURED ROLE IN A MUSICAL
Lindsay Mendez, Carousel

BEST BOOK OF A MUSICAL
Itamar Moses, The Band’s Visit

BEST PERFORMANCE BY AN ACTOR IN A FEATURED ROLE IN A PLAY
Nathan Lane, Angels in America

COSTUME DESIGN OF A PLAY
Katrina Lindsay, Harry Potter and the Cursed Child, Parts One and Two

BEST PERFORMANCE BY AN ACTOR IN A FEATURED ROLE IN A MUSICAL
Ari’el Stachel, The Band’s Visit

BEST LIGHTING DESIGN OF A PLAY
Neil Austin, Harry Potter and the Cursed Child, Parts One and Two

BEST PERFORMANCE BY AN ACTRESS IN A LEADING ROLE IN A PLAY
Glenda Jackson, Three Tall Women

BEST DIRECTION OF A MUSICAL
David Cromer, The Band’s Visit

BEST DIRECTION OF A PLAY
John Tiffany, Harry Potter and the Cursed Child, Parts One and Two

BEST PLAY
Harry Potter and the Cursed Child, Parts One and Two, by Jack Thorne

BEST SOUND DESIGN OF A MUSICAL
Gareth Fry, Harry Potter and the Cursed Child, Parts One and Two

BEST REVIVAL OF A PLAY
Angels in America, by Tony Kushner

BEST SCENIC DESIGN OF A PLAY
Christine Jones,Harry Potter and the Cursed Child, Parts One and Two

BEST REVIVAL OF A MUSICAL
Once on This Island

BEST PERFORMANCE BY AN ACTOR IN A LEADING ROLE IN A MUSICAL
Tony Shalhoub, The Band’s Visit

BEST PERFORMANCE BY AN ACTRESS IN A LEADING ROLE IN A MUSICAL
Katrina Lenk, The Band’s Visit

BEST MUSICAL
The Band’s Visit
Posted by JulieK at 3:43 PM No comments:

Email ThisBlogThis!Share to TwitterShare to FacebookShare to Pinterest
Labels: Angels in America, Harry Potter and the Cursed Child, Katrina Lenk, Once on This Island, The Band's Visit, Tony Shalhoub

Mad About Musicals--June on TCM

This month, Turner Classic Movies is featuring a host of movie musicals all day long on Tuesdays and Thursdays as part of what they're calling Mad About Musicals. In addition, TCM and Ball State University are hosting an online class on that same theme. Although the Mad About Musicals course officially began yesterday, you can still enroll here.

Here's how they're describing the Mad About Musicals "deep dive" experience:


Running from June 3-30, this FREE interactive experience will give you an entertaining deep-dive into the Hollywood musical, from the 1930s to the 1970s, with addictive multimedia course materials, digital games, ongoing interactions with your fellow film fans on the TCM message boards, and more!

You can also see the syllabus and answers to some frequently asked questions on that same page.

And if you're not into taking classes, you can still see a whole lot of musicals between June 5, when Going Hollywood, a little-known MGM musical from 1933 starring a very young Bing Crosby opposite the infamous Marion Davies, starts things off at 5 am Central time, and June 29, when Oliver!, the Oscar-winner from 1968, finishes the parade at 5:15 am.

By my count, there are 93 movie musicals running on TCM between those two, ranging from perennial favorites like Top Hat and American in Paris to lesser-known works that you absolutely have to see, like Hallelujah from 1929, the first all-black musical from a major studio; Strike Me Pink, a 1936 Eddie Cantor vehicle with Ethel Merman in the mix; Shirley Temple doing a Fred-and-Ginger number in Stowaway, also from 1936; and Chubby Checker in a 60s oddity called Don't Knock the Twist. There's also some Busby Berkeley, Ruby Keeler, Jimmy Cagney, operettas, the real Fred and Ginger, a touch of Lubitsch, Maurice Chevalier, Judy Garland, Gene Kelly, Leslie Caron, Kathryn Grayson, June Allyson, Doris Day, Frank Sinatra, Cyd Charisse, Esther Williams, Elvis Presley, the Beatles, Sondheim, Kander & Ebb, and big-time Broadway musicals represented on screen.

That's a whole lot of singing and dancing and a fascinating way to see how Hollywood directors, choreographers, cinematographers, designers and screenwriters found a way to bend film effects to showcase music and performers. Yes, there are omissions, but so much good stuff, too. I doubt anyone can plant themselves in front of the TV to see every single one of the moving pictures TCM has chosen, but I suggest you fire up the DVR and catch as much as you can.

For all the details and a look at the schedule, you'll want to start here.
Posted by JulieK at 1:21 PM No comments: