Musicals, Comedy, Drama and Something Brand New at IWU in 2018-19

The School of Theatre Arts at Illinois Wesleyan University has announced five shows (and one "To Be Announced" notice) for its 2018-19 season, with two musicals, one drama, a Shakespeare comedy, a dance concert and a new piece to be written and directed by a SOTA senior. 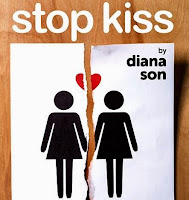 For the Jerome Mirza Theatre, the first show offered in the fall will be Stop Kiss, Diana Son's 1998 play about two women who meet, start to fall for each other, and kiss on the street, with a whole lot of fallout afterwards because of that one small kiss. The scenes in Stop Kiss are played out of order, with Son telling her story in pieces as fragmented as the lives of the two women. Professor Nancy Loitz will direct this story of love and compassion trying to find a way in today's world. 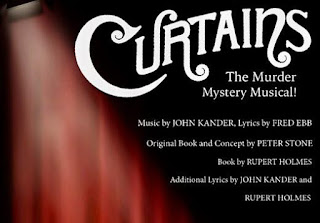 Next up in the Mirza, Professor Jean Kerr will direct the Broadway musical Curtains, which ran for over 500 performances at the Al Hirschfeld Theatre in 2007 and 2008. It was nominated for eight Tony Awards, with David Hyde Pierce winning Best Actor in a Musical for his performance as a Boston police lieutenant who just happens to be a major fan of musical theater. The plot's afoot when he is called upon to investigate a murder that happened during the curtain call for a very bad musical in an out-of-town tryout. The score of Curtains was written by the legendary Kander & Ebb, with the book by Rupert Holmes, who won a Drama Desk Award for his efforts. Curtains has a curious creative history: Kander and Holmes provided additional lyrics after the death of Fred Ebb, and the entire show is based on an idea from Peter Stone, who also passed away with only part of the story finished. 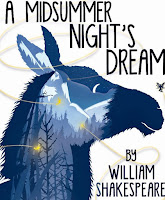 Spring at the Mirza will feature A Midsummer Night's Dream, Shakespeare's fantasy of fairies and mortals mixing it up in the woods, directed by Visiting Professor Christopher Connelly.

The spring season will finish up with the annual dance concert, directed by Sheri Marley, in the Mirza Theater.

Two other shows have been announced for the E. Melba Kirkpatrick Laboratory Theatre. The "To Be Announced" show, written and directed by Nick Valdivia, a senior in Design & Technology, will fill the Lab Theatre in the fall, while Violet, a musical drama based on the short story "The Ugliest Pilgrim" by Doris Betts, with music by Jeanine Tesori and lyrics and book by Brian Crawley, will take the Kirkpatrick space in the spring, in a production directed by Associate Professor Scott Susong. 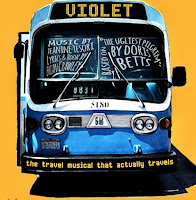 Violet has a history both on and Off-Broadway, with a Playwrights Horizon production in 1997 that won best musical honors from the Lucille Lortel and Drama Critics Circle awards along with a special Obie for Jeanine Tesori, and then a one-night Encores! staging and a Broadway production in 2014 that starred Sutton Foster, Colin Donnell and Joshua Henry. Foster played Violet, a bitter, wounded young woman who suffered a terrible accident when she was a child. Violet's last hope is that a TV evangelist on the other side of the country can heal her horribly disfigured face, so she gets on a bus to find her miracle. Along the way, she meets (and plays poker with) two soldiers who have their own stories to tell. Violet is set amidst the byways and highways of America in 1964 and its score reflects that setting with bluegrass, blues and gospel styles.