Very Late for May!

May has been happening all around me and I am egregiously late in giving you the 411. Or 5-11, since that is today's date. Let's get this May party started, tardy or not.

First, Laughter on the 23rd Floor, a Neil Simon comedy that hit Broadway in 1993, opened last weekend at Community Players. There's one more weekend of this Laughter left, with the show closing on May 17. It's set at a TV comedy show in the 50s, with a brilliant, erratic, funny man named Max Prince, inspired by Sid Caesar and his time on Your Show of Shows, as the centerpiece. We see the writers' room, a place a lot like the one the real Neil Simon got his start, and the motley crew of writers, all based on or inspired by the talented but crazy people Simon and his brother wrote with, from Carl Reiner to Mel Brooks and Larry Gelbart. There's even a woman in the bunch, hugely pregnant Carol, who fights for the right to be as funny as the boys. On Broadway, Nathan Lane played Max Prince, with Mad Men's John Slattery, recent Oscar winner J. K. Simmons and Mark Linn-Baker, TV's Cousin Larry from Perfect Strangers, in the cast. For Community Players, Marcia Weiss directs Brian Artman as Max Prince, along with Melissa Breeden, Drew German, Hannah Kerns, Joshua McCauley, Bruce Parrish, Mario Silva, Chris Terven and Andrew Werner. Get all the info here.

On television this week, we're seeing the season finales of Nashville on Wednesday, Grey's Anatomy, Scandal and Elementary on Thursday, and the last episode ever of Mad Men on Sunday night. Late Night with David Letterman finishes for good next week, with Dave's swan song on Thursday, May 20. If you're not weeping after Mad Men takes its final bow, maybe Letterman's will put you over the top. 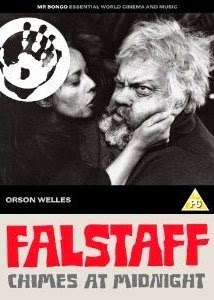 Over on Turner Classic Movies, May spotlights the movies of Orson Welles every Friday night. We're coming up on a Friday full of Shakespeare by way of Welles, with Chimes at Midnight, also called Falstaff, with Welles playing Falstaff, before Othello and Macbeth. In a nice bit of companion programming, TCM will air a very different Macbeth, Akira Kurosawa's Throne of Blood immediately after Welles' version. They're both well worth watching for their treatment of Macbeth's witches alone. If you stick around for Kurosawa, it will take you well into the night on Friday May 15.

Since we're talking Shakespeare, it's a good time to remind you that season tickets for the Illinois Shakespeare Festival are now on sale. This summer we'll be seeing Love's Labour's Lost, Richard II and Q Gents, a hip-hop take on Two Gentlemen of Verona from the Q Brothers, along with a special presentation of Love's Labor's Won, Scott Kaiser's sequel to Love's Labour's Lost. Click here to get the details on reserving tickets.

Heartland Theatre's 2015-16 season packet should also be reaching you soon, highlighting five subscription shows -- the annual 10-Minute Play Festival, this time with nine brand-new, winning short plays on the theme "Class Reunion," coming up in June; Nina Raine's Tribes, directed by Sandra Zielinski, set for September; Intimate Apparel by Lynn Nottage, directed by Don LaCasse, in November; Bruce Norris' Pulitzer-winning Clybourne Park, directed by Heartland's new artistic director Rhys Lovell, next February; and Love Letters by A. R. Gurney, directed by Ron Emmons, in April 2016. Extras on the 15-16 schedule include one-acts dealing with "A Fork in the Road" under the New Plays from the Heartland banner in July and a reading of An Alliance of Brats, an adaptation of an Ibsen play, newly translated by Nigel O'Hearn and produced by ISU third-year MFA Joey Banks, in December. The lineup is listed here. Watch your mailbox for season subscription details. And get your reservation in now for the always-popular 10-Minute Play Festival, which opens with a special Pay What You Can preview performance on June 4.
Posted by JulieK at 1:44 PM