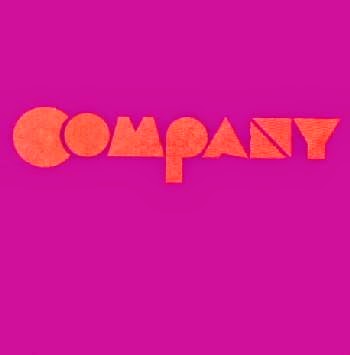 As we bid a fond farewell to April, it is worth noting that Company, the Stephen Sondheim/George Furth musical about marriage, commitment, friendship and growing up, celebrated its 45th birthday earlier this week. It has been 45 years since this fresh, funny show about a bachelor named Bobby (baby, bubby) opened on Broadway.

Bobby is a bit of an enigma, surrounded by well-meaning friends -- married couples all -- but unsure of why he isn't part of a couple himself. He dates. He is apparently a good friend, given how involved all the other couples are in his life. But Bobby... He has trouble figuring out whether sharing his life with another person is good, bad or indifferent. Is it better to let someone else move in, to hold you too close, hurt you too deep, sit in your chair, ruin your sleep? Or is being alone just being alone, not alive? That's what Bobby can't quite get past as his birthday looms.

In honor of Company's anniversary, TheaterMania has collected together a sampling of performances of "Being Alive," the stirring anthem that closes the show and asks all the questions listed above.

TheaterMania has Dean Jones, the original, Neil Patrick Harris, from the recent filmed New York Philharmonic concert version of Company, Raul Esparza, perhaps the most powerful Bobby, Adrian Lester, an English Bobby who acted the heck out of the role, Julian Ovenden, another Brit with a fabulous voice who performed it for the BBC Proms, divas Patti Lupone and Bernadette Peters, and John Barrowman, who offers one of the prettiest performances. It's a pretty fab collection strung together like that, even if it doesn't include one of my favorite interpretations of the song -- Norm Lewis's Sondheim on Sondheim "Being Alive."

You can listen to Lewis's version of "Being Alive" above or here on Youtube before you go off and buy the Sondheim on Sondheim cast album and then hunt down full versions of all those other "Being Alives." It just doesn't get better than that.

Blow out the candles, Robert. Make a wish!
Posted by JulieK at 8:52 PM