The 18th annual Ebertfest, AKA Roger Ebert's Film Festival, has been selling festival passes since last November, but individual ticket sales begin on Friday, April 1. You may be thinking you have no chance if the big passes have been on sale that long, but never fear!

Festival organizers reserve 500 seats at the historic Virginia Theatre in Champaign for individual ticket buyers and sponsors. Even for sold-out performances, there's a rush ticket line, and they assure us that everybody who's waited in those rush lines since 2012 has managed to get in. That means your chances are good if there's something you really, really want to see, as long as you're flexible and determined. All the info on every possible way to get tickets is located here.

So what's on the schedule this year? It's the usual mix of intriguing, obscure and overlooked films, just the kind of thing Ebert himself chose when he was in charge. Chaz Ebert, the woman who was his wife and business partner, now acts as host of the festival.

The film Everybody Wants Some! opens Ebertfest on April 12, 2016 at 7 pm. This brand-new comedy, written and directed by Richard Linklater, who piled up a bunch of awards for Boyhood two years ago, is billed as something in the Dazed and Confused oeuvre. Executive producer Stephen Feder and actor Glen Powell will accompany the film to Champaign. 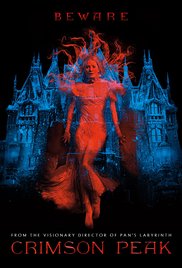 Guillermo del Toro's Crimson Peak is up next, with a screening on Wednesday, April 13, at 7 pm. It stars Mia Wasikowska, Jessica Chastain and Tom Hiddleston in a gothic horror story fueled by gorgeous, bombastic images and art direction. Del Toro himself will be in attendance as a special guest to discuss his 2015 film.

Thursday's lineup features Grandma from 2015, Northfork from 2004, and The Third Man, a classic from 1949, three very different pieces of filmmaking. Lily Tomlin is the title character in Grandma, a character study that mixes comedy and drama, directed by Paul Weitz, with fine supporting players like Sam Elliott and Marcia Gay Harden in the mix to keep it honest and real. Grandma will be screened at 1 pm on the 14th, with director Weitz and producer Andrew Miano on hand. After that, you'll have a chance to see Northfork, a movie directed by Michael Polish and starring his twin brother Mark at 4 pm. Others in the cast include Nick Nolte, James Woods, Peter Coyote and Darryl Hannah, telling a story set in 1955 Montana, with an orphan who has been abandoned, men in black trying to evacuate a town before a dam floods it, and a trio of angels who may or may not be imaginary. 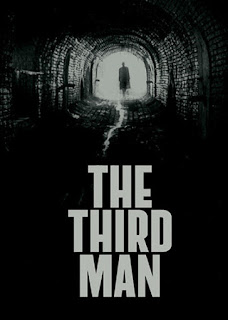 The Third Man, at 8:30 pm, is a much better-known piece, a noiry post-World War II film that puts Orson Welles and Joseph Cotten in bombed-out Vienna where everybody is up to something and none of it is good. Carol Reed directed, with a screenplay by Graham Greene, Oscar-winning smoky cinematography by Robert Krasker, and a haunting title theme played on the zither. If you haven't seen The Third Man, you absolutely must. And what a coup to have script supervisor Angela Allen on hand. If my math is right and IMDB is to be trusted, Allen will be turning 87 years old this year. 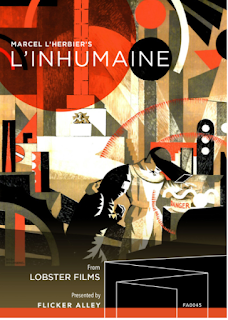 On Friday, the films screened will be Disturbing the Peace, a new documentary about Palestinians pushing peace onto soldiers, at 1 pm; L'inhumaine, a silent film from 1924 that elevates style to the nth degree, at 4 pm; and Eve's Bayou, Kasi Lemmons' 1997 memory piece about an African-American family whose past holds murky secrets, at 8:30 pm. Director/producer Stephen Apkon, director/cinematographer Andrew Young, story consultant Marcina Hale and Chen Alon and Sulaiman Khatib, both subjects of Disturbing the Peace, will attend for that film, while the musical ensemble Alloy Orchestra will be there for L'inhumaine and Kasi Lemmons, who wrote and directed Eve's Bayou, appears to discuss her film. 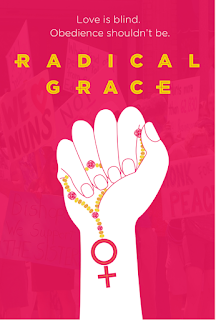 Force of Destiny, an Australian drama written and directed by Paul Cox, described as "a journey of love on a transplant waiting list," will be screened on Saturday, April 15, at 11 am; followed by Radical Grace, a documentary about "Nuns on the Bus" who crusade for affordable health care, at 2; Love and Mercy, director Bill Pohlad's take on Brian Wilson of the Beach Boys that stars Paul Dano as young Wilson and John Cusack as the older version, at 4:30 pm; and Blow Out, the 1981 Brian de Palma film that tried to riff on Blow Up, a stylish, paranoid little Antonioni movie from 1966, at 9 pm. Force of Destiny director Cox, Rebecca Parrish, the director and cinematographer of Radical Grace, along with her producer Nicole Bernardi-Reis, composer Heather McIntosh and social activist Father Michael Pfleger, and actress Nancy Allen, who starred in Blow Out opposite John Travolta, will appear after their respective films.

All that leaves for Sunday, April 16, is a silent film from 1925 called Body and Soul. It stars Paul Robeson in a dual role as the evil Reverend Isaiah Jenkins and his brother Sylvester, who happens to be the better brother. It was directed by Oscar Micheaux, the first African-American to produce feature-length silent and sound films. This screening will feature a live orchestra performing a new jazz score by Renee Baker to accompany the movie, which will begin at noon.

The whole schedule is available here. Again, details on how to get tickets can be found here.
Posted by JulieK at 6:30 PM