Illinois State University's Department of Theatre and Dance has announced what will be on stage in the Fall of 2014 and Spring of 2015. And it's an ambitious and intriguing lineup, with lots of new work, lots of female playwrights, and lots of roles for actors of color. 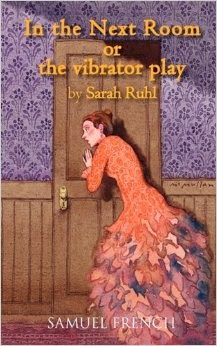 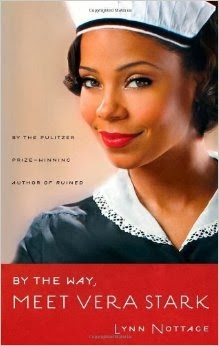 Lynn Nottage, the playwright behind By the Way, Meet Vera Stark, also slated for the CPA this Fall, is no stranger to the Pulitzer Prize. Her play, Ruined, was the 2009 winner of that prestigious prize. Vera Stark is more humorous and more lively than Ruined, telling the story of an African-American woman who works as a maid for a Hollywood diva. But then Vera gets a role on screen as a maid -- the maid to her boss's Southern belle in some epic historical romance film -- and the fact that her sparkling performance upstages everybody does not go unnoticed. She had a career. She had suitors. She went to the best parties. So what happened to Vera Stark? Nottage's play is irreverent and a little wacky, and it will serve as the Crossroads production for the season. Don LaCasse is on tap to direct the ISU version of By the Way, Meet Vera Stark. 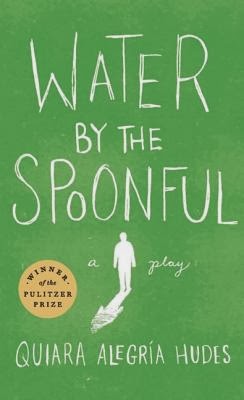 And here's that Pulitzer word again. The third play on ISU's schedule is a Pulitzer winner from yet another female playwright. Water by the Spoonful is Quiara Alegría Hudes's second play in a three-play series about a soldier named Elliot who has issues when he comes back to the U.S. The first play, Elliot, a Soldier's Fugue, was nominated for a Pulitzer in 2007, while the third Elliot play, The Happiest Song Plays Last, premiered at Chicago's Goodman Theatre last year. Elliot, his cousin, his biological mother and an online circle of recovering addicts populate Water by the Spoonful, a lyrical, innovative play about connections, guilt and forgiveness. Third-year MFA candidate Leah Cassella will direct Water by the Spoonful in Westhoff Theatre.

Going from Quiara Alegría Hudes to Noel Coward is quite a jump. Although Illinois Wesleyan just did Hay Fever last semester, ISU director Sonja Moser is going to go for her own take on the Coward classic. Instead of Spoonful's disconnected cyberworld of 2012, Hay Fever is all about the 1920s during a weekend at an eccentric family's country house. Tennis, anyone? It's lighter than air, fizzy and charming. What in the world will Moser do with it? I guess we'll find out next Fall in Westhoff Theatre!

The last piece of the 2014 puzzle is the annual Fall Dance Concert, under the direction of Sara Semonis, Artistic Director of Illinois Dance Theatre. 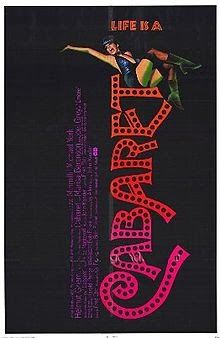 As we move into 2015, ISU assistant professor Duane Boutté will bring the Kander and Ebb musical Cabaret, based on the Joe van Druten play I Am a Camera, itself based on Christopher Isherwood's autobiographical novel Goodbye to Berlin, to the Center for the Performing Arts. The original Broadway Cabaret and its decadent view of life in Berlin in the 1930s won eight Tony Awards back in 1967, including Best Musical, Best Composer and Lyricist for John Kander and Fred Ebb, Best Director for Hal Prince and Best Featured Actor for Joel Grey, who played the seedy, scary Emcee. Grey reprised his role and won an Oscar for his role in the 1972 movie directed by Bob Fosse, a film that took home eight Oscars, including Best Director and Best Actress for Liza Minnelli. That's Liza at the top of the heap in the movie poster shown here. 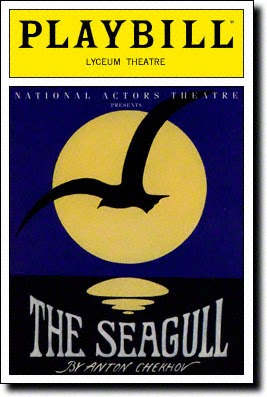 Moving back in time and somewhere in the neighborhood of a thousand miles to the east, Anton Chekhov's The Seagull will take the stage at the CPA later in the Spring semester. The Seagull was written in 1895 and its first production was a famous flop. But Stanislavski's 1898 production for the Moscow Art Theatre turned it into a sensation. It's about the interaction and complications between and among a fading actress named Arkadina, her lover Trigorin, who is a writer; her would-be playwright son Treplev; and a young woman named Nina, as well as various other characters who live on the country estate owned by Arkadina's brother Sorin. The Seagull was last performed at Illinois State University as part of the 2004-05 season. This time out, Lori Adams, who heads up the Acting program at ISU, will direct.

Second-year MFA director Jonathan Hunt Sell will twist and (gender-bend) Moliere's classic comedy The School for Wives for Westhoff Theatre, giving Moliere the "Drag and Breeches" treatment with men playing the female roles and women playing the male ones. So the gents will be in dresses -- fancy 17th century French couture -- and the ladies will be in breeches. That should upend and refresh this tale of a creepy guy named Arnolphe and his attempts to keep his innocent ward, Agnes, cooped up and stupid so she won't fall in love and he can marry her himself. 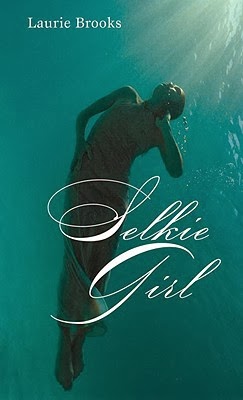 Sell's colleague Jessika Malone, the other second-year MFA candidate in directing, also looks outside the U.S. for her play. She has chosen Selkie: Between Land and Sea, a mystical, mythical Scottish piece by Laurie Brooks, for her Spring production in Westhoff. The legend of the selkie is a cross between a mermaid story and the Swan Princess, with a girl who becomes a seal when in the sea, but a woman when on land. Laurie Brooks has also written a book version of her story, simply called Selkie Girl, and that's the image you see here.

All the details on Illinois State University's schedule will appear here and here once the current season is finished.
Posted by JulieK at 9:23 PM