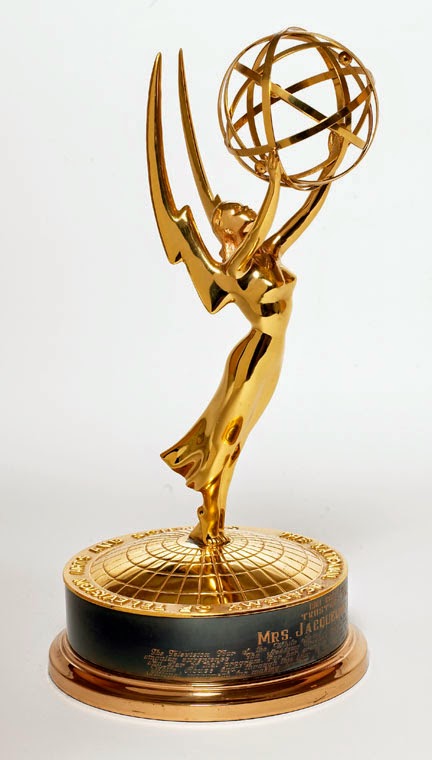 When the Television Academy announced nominations for acting, directing and related excellence in television last week, the hue and cry began immediately. Why no Tatiana Maslany? How in the world could the stellar year enjoyed by The Good Wife be overlooked when it came to a Best Drama nomination? Are Emmy voters officially out to lunch, up a creek, off the rails?

My answers? Not enough voters watch BBC America. There is no possible excuse. And yes.

Some of the craziness -- Downton Abbey gets a nod after a terrible season, while Good Wife doesn't, after one of the best seasons in the history of TV? Michele Dockery is nominated for looking wan and getting her Lady Mary duds dirty, but Tatiana Maslany is ignored when she plays an entire phalanx of clones, all with distinct and sharply etched personalities, on Orphan Black? Jeffrey Wright gets no love for his captivating work on Boardwalk Empire? Jeff Daniels again for the execrable Newsroom? Really? And so much love for Modern Family when it peaked a long time ago? -- is made a bit better by nominations for Good Wife's Josh Charles and Christine Baranski, Robert Morse from Mad Men, and Bob Newhart for his guest turn on The Big Bang Theory.

And then there's the fact that Orange Is the New Black, which racked up 12 nominations, is listed as a comedy series. Sure. Right there with Shameless, which earned nods for the very deserving William H. Macy in addition to the fabulous Joan Cusack. It's hard to be mad about that or the Orange adulation (I have loved Kate Mulgrew since Ryan's Hope) even if neither is really a comedy. Aside from Mulgrew, actresses Taylor Schilling, Uzo Aduba, Laverne Cox and Natasha Lyonne were also recognized.

Other big winners include Game of Thrones, which leads the pack with 19 nominations for everything from its art direction to its hairstyles, with Peter Dinklage back on the list for supporting actor, along with supporting actress Lena Headey and guest actress Diana Rigg.

Over in the miniseries or TV movie category, the FX dark comedy Fargo made a big splash with 18 nominations. The two lead actors -- Martin Freeman and Billy Bob Thornton -- are nominated along with supporting actor Colin Hanks and supporting actress Allison Tolman.

Like Fargo, American Horror Story: Coven may look more like a series than a miniseries, but it totaled 17 nominations, including nods for lead actresses Jessica Lange and Sarah Paulson and supporting actresses Angela Bassett, Kathy Bates and Frances Conroy.

HBO's The Normal Heart also made an impact in the miniseries or movie arena, garnering 16 nominations. Lead actor Mark Ruffalo is nominated for his performance, as are supporting actors Matt Bomer, Joe Mantello, Alfred Molina and Jim Parsons. They were all wonderful, but it will be hard to beat Bomer, who was superb.

When the Emmy Awards air on August 25 on NBC, look for host Seth Myers to be rooting for pals Amy Poehler, nominated for her role on Parks and Recreation, and Tina Fey, nominated for best guest actress in a comedy for hosting Saturday Night Live.

To see the complete list of nominations, check out the Emmy website.
Posted by JulieK at 10:12 PM