July just may be the hottest month of all for theater in Bloomington-Normal. It's everywhere! You'll find June shows, like You're a Good Man Charlie Brown at the Barn II, continuing into July, while pretty much every venue around starts hopping, from Community Players to the Connie Link Ampitheatre, Ewing Manor, Heartland Theatre, Illinois State University's Center for the Performing Arts, Miller Park, New Route's new space in Normal and Westbrook Auditorium on the Illinois Wesleyan campus. So pick up a pencil and take notes... On stages, screens and TV, it's a busy month!

The newly remastered version of the Beatles' A Hard Day's Night comes to both the Normal Theater (July 3-6) and the Art Theater Co-op in Champaign (July 4-5). Also airing at the Art on the 4th is Roman Polanski's post-noir Chinatown, frequently chosen as one of the best movies in cinema history, while the Roger Ebert memoir Life Itself comes to Ebert's old stomping grounds in Champaign-Urbana on the 11th.

If you've been waiting for the 2014 Illinois Shakespeare Festival to get going, wait no more. Previews of all three mainstage shows begin July 8, with official opening nights scheduled for July 11 for Much Ado About Nothing, July 12 for the non-Shakespeare but very, very related Elizabeth Rex by Timothy Findley, and July 13 for Antony and Cleopatra. The three plays are closely intertwined, as the action in Elizabeth Rex involves Will Shakespeare trying to pen Antony and Cleopatra in the same barn where his company of actors, fresh off a performance of Much Ado, congregates. For the Festival, artistic director Kevin Rich has chosen to multiply those connections, casting Deborah Staples, the actress who plays Queen Elizabeth, as Cleopatra, too, and using the members of the acting company from Elizabeth Rex who tell us they've just played Beatrice and Benedick and the others in Much Ado (all male, as they would've been in Shakespeare's day) to actually play those roles in a full performance of Much Ado. It's a neat little conceit, and it will play out at the theater on the ground of the Ewing Cultural Center from July 8 to August 9. Preview performances and limited Tuesday tickets are available at special prices, plus there is now a rush ticket option for those who like to be flexible. Check it all out at the Illinois Shakespeare Festival website.

The Improvised Shakespeare Company returns to the Festival, as well, with performances on July 19 and August. For tickets or information, click here.

Shrek the Musical opens at Community Players on July 10, with performances continuing through the 27th. This stage musical version of the animated Dreamworks movie tells the fractured fairytale story of an ogre named Shrek and his run-in with a princess named Fiona who is under a spell. He has to contend with a wisecracking donkey sidekick and a whole lot of crazy fairytale folk for any hope of a Happily Ever After. Jeanine Tesori composed the music for Shrek, while David Lindsay-Abaire contributed the lyrics and book. For Community Players, Alan Wilson directs Chris Terven as Shrek, Lisa Groves as Fiona and Matthew Henry as Donkey. For ticket info, click here.

At Normal Parks and Rec, it's time for the second musical of the summer outdoors at the Connie Link Amphitheatre. Oliver!, the musical version of Charles Dickens' Oliver Twist, will play two weekends in July. You have a choice of performances July 17-20 or 24-27, with a 7:30 pm start time.

Heartland Theatre puts its Mike Dobbins Memorial New Plays from the Heartland on stage on July 18, 19 and 20, at 7:30 pm on Friday and Saturday and 2 pm on Sunday. These New Plays are performed as staged readings, with actors carrying scripts in hand as they showcase brand-new works by Midwestern playwrights. Note the staged part of that staged reading moniker, however; you will see props, costumes and scenic pieces if you come out for the program. The three winning plays staged this summer are An Escape Plan for Women of a Certain Age by Lori Matthews of Stoughton, Wisconsin; Merely Players by Michael Leathers of Chatham, Illinois; and Alchemy by Pamela Devon Lovell of Bloomington. Don LaCasse directs the staged readings with a cast that includes Nathan Bottorff, Rick Jensen, Colleen Longo, Katie McCarty, Cristen Monson, Danny Rice and Ann B. White. The New Plays project includes a master class for the winning playwrights and an open forum for Heartland audiences conducted by Scott Klavan, a New York playwright, director and actor who brings a wealth of experience and expertise to the table. Klavan's forum, open to the public and free of charge, is scheduled for Thursday, July 17, at 7 pm at Heartland Theatre.

Kathleen Kirk acted as dramaturg for New Plays from the Heartland, and she returns to direct Julia Cho's lyrical and lovely The Language Archive at Heartland, in performance in September. Kirk will  hold auditions for The Language Archive from 7:30 to 9:30 pm on on July 21 and 22. Click here to see who Kirk is looking for and what the play is all about.

New Route Theatre has moved into a new space at 814 Jersey Avenue in Normal, and they're christening the place on July 22 with a reading of original works from the Word Weavers group. M. Irene Taylor directs Tapestries IV, a collection of poetry and prose by local writers. The pieces performed focus on "challenges faced by individuals in their everyday lives as well as the social issues of the day." And this year's performance will include an "open mic" option, with audience members invited to share their own work. 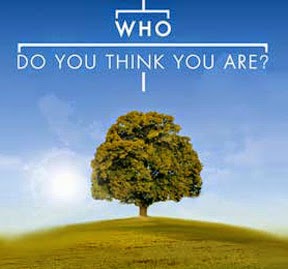 There are also a bunch of things starting summer seasons on television, like Masters of Sex and Ray Donovan launching second seasons July 13 on Showtime and Witches of East End coming back for season two on Lifetime starting July 6. The Halle Berry series Extant premieres on CBS on July 9, while Welcome to Sweden says hej to NBC on the 10th and The Lottery takes a spin on Lifetime on the 20th. Also on Lifetime, Project Runway stitches together its 13th season on July 24. And one of my favorite shows, the genealogy series Who Do You Think You Are? begins its 5th season July 24 on TLC.

The Midwest Institute of Opera is offering a variety of options around George Bizet's Carmen at the end of the month. There's a concert version on the 26th, a special abbreviated Carmen on the 28th, and two fully staged performances, with one on the 27th and the other on the 29th. Joshua Greene of the Metropolitan Opera conducts, while James Marvel directs.

The Music Man marches its 76 trombones into Miller Park from July 26 to August 2. This Bloomington Center for the Performing Arts/Miller Park Summer Theatre production of Meredith Wilson's classic small-town musical features children from 8 to 17 getting into trouble, right there in River City.

And there's still space to squeeze one more show into July, when Prairie Fire Theatre opens My Fair Lady July 31 at IWU's Westbrook Auditorium, directed by Rhys Lovell and starring Joe Penrod as Henry Higgins. Performances continue through August 3. Penrod's Higgins will try to make over Jessie Swiech as Eliza Doolittle, with Todd Wineburner as his friend Colonel Pickering, Nancy Nickerson as his disapproving housekeeper, and Carolyn Stucky as his put-upon mum. Just you wait, Henry Higgins! July 31 will be here before you know it.
Posted by JulieK at 3:19 PM