August is a bit calmer month for local entertainment, but that doesn't mean there isn't plenty to keep you busy.

Also continuing through the 9th is the Station Theatre production of Amy Herzog's 4000 Miles, a much-acclaimed new play about a grandmother and grandson trying to find common ground after he bikes across America and lands in her West Village apartment. Sara Boland-Taylor directs Janice Rothbaum and Casey Thiel as grandma Ida and grandson Leo in performances at 8 pm Wednesday through Saturday at the Station Theatre on Broadway in Urbana. 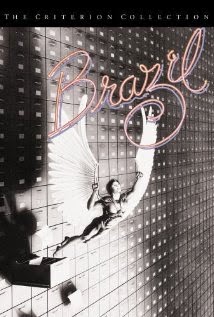 Terry Gilliam's weirdly wonderful Brazil comes to Champaign's Art Theater Co-op on August 6 and 7 in the 10 pm slot. Gilliam, the only American member of the Monty Python troupe, paints a picture of a sort of anarchic alt-world, not exactly the future or the past or the now, just a world that ours might have been or might become, where paranoia, an all-powerful bureaucracy and eccentric technology, as well as a lot of duct work, tubes and pipes, rule the day. That world is crushing the spirit of an everyman named Sam Lowry, played by Jonathan Pryce. It's funny, strange and sad, but never depressing. And visually, it is indeed a "nonstop dazzler," as the Art's website calls it. 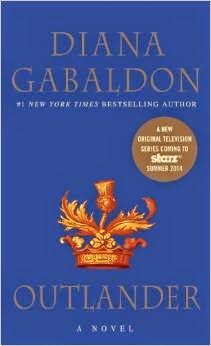 If you were a fan of Diana Gabaldon's Outlander series of time travel romance novels, you'll either be thrilled or horrified to find out there's finally a screen adaptation of her work. It's on Starz and it starts August 9 at 8 pm Central. And if you just can't wait, Starz is making the first episode available online now. Irish actress Catriona Balfe plays English nurse Claire Randall, the one who tumbles backwards in time, away from war-torn Britain, landing in Scotland in 1743. Her Scottish love interest, rough and tumble Jamie Fraser, is played by Scotsman Sam Heughan.

New Route Theatre is officially moved in to its new space at 814 Jersey Avenue in Normal now, and they have been celebrating that fact with a summer schedule of workshops and staged readings. The next one up is set for August 15th. It's called Flashbacks, and it is written by Gregory Hicks and Erica Thurman, based on Thurman's prior writings.  Hicks also directs. New Route describes Flashbacks as "a multi-media work that examines the intersection of childhood sexual abuse, domestic violence, teenage pregnancy, poverty, sexism and racism through poetry, rap and dialogue." The performance will begin at 7:30 pm on August 15, with a talkback afterwards. Tickets are available at the door for a donation. If you'd like more information, you can visit New Route's Facebook page or email new.route.theatre@gmail.com

The University of Illinois' Krannert Center for the Performing Arts recently sent out its big annual packet on the 2014-15 season, featuring "Renée Fleming, Ragamala Dance, KODO, Cassandra Wilson, the Mark Morris Dance Group, Rosanne Cash, the Chicago Symphony Orchestra, Circus Oz, and dozens of other artists and intriguing events," as they put it. Tickets go on sale August 16 at 10 am for everything from the season's opening night festivities September 12 with Tiempo Libre, Mariachi Sol de México de José Hernández and Samba Soul to the Mark Morris Dance Group's Acis and Galatea in May, 2015. All the details are available here.

Doctor Who with new doctor Peter Capaldi comes to BBC America on August 23 with the "takeover" episode at 7 pm Central that night. But there's a slew of Doctor Who programming before and after the premiere, including a live pre-show and after-show, a marathon of episodes voted through by fans, and movie theater screenings. To see the trailer for Who with Capaldi, click here. For the complicated list of what exactly is happening to usher in Doctor No. 12, thumb through BBC America's roundup.