Attend the Tale of SWEENEY TODD (Friday on PBS) 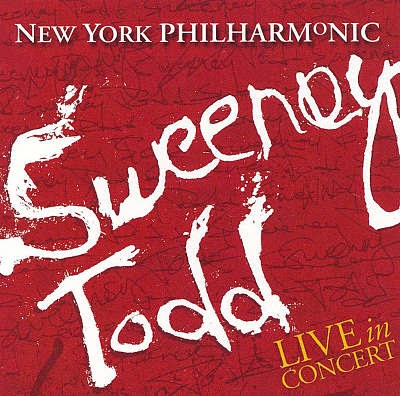 When the New York Philharmonic produced an all-star concert version of Stephen Sondheim's Company, they filmed it to show in movie theaters across the country to widen the audience and share the joy. Last March they did Sondheim's Sweeney Todd as a starry concert, and once again, we're in luck. This time they're bringing it to PBS and Live from Lincoln Center -- Friday the 26th at 8 pm Central time on WTVP or WILL -- to let the rest of us see what it was like when opera star Bryn Terfel and movie star Emma Thompson took on the roles of Mr. Todd, the murderous barber out for revenge on those who wronged him, and Mrs. Lovett, his lovestruck cohort in meat-pie crime. 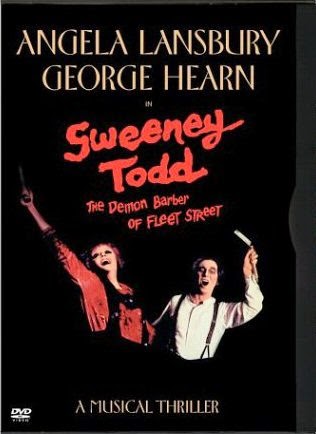 If you have a taste for Sweeney Todd, you won't want to miss this one. If you saw the classic George Hearn/Angela Lansbury Broadway production on stage or as a Great Performance in 1982, you'll want to see this one to see the difference between a concert and a complete staging and to compare fabulous British actresses of different generations.

If you saw the Johnny Depp/Helena Bonham-Carter movie version, you need to see this one to hear what an actual singer can do with Sweeney's songs and what an actress who can sing (as opposed to HB-C) can do with Mrs. Lovett.

Others in this cast include Christian Borle (Peter and the Starcatcher, Smash, the recent Sound of Music with Carrie Underwood and the upcoming Peter Pan), Jay Armstrong, Jeff Blumencrantz, Kyle Brenn and Erin Mackey, with a surprise, unbilled appearance by a performer who has more Tonys on her mantel than Angela Lansbury.

The PBS website has an interview and some tantalizing hints of Terfel's performance, while Jezebel is of the opinion that Emma Thompson can do no wrong and they're offering video clips to prove it. There's also a nice video about Sondheim visiting the performers and some excellent program notes about the history of the piece.

The Terfel/Thompson Sweeney airs at 8 pm and again at 1 am in case you missed it the first time.

And very soon, Live from Lincoln Center will return to Broadway fare, with a broadcast of The Nance with Nathan Lane. Watch for that one October 10.
Posted by JulieK at 3:31 PM