Fill Up Your September Calendar with a Wide Variety of Entertainment

Entertainment is pretty much a year-round deal around here, with something happening every month. But even so... Once our local universities and colleges gear up in September, the calendar starts to get crowded. That means you may want to get out your day planner or your phone or whatever vehicle you use you keep your appointments and start taking notes. It's going to be a fast month.

Heartland Theatre's annual 10-minute play contest is open for entries as of September 1. This year's theme is the Class Reunion, something that should be familiar to almost everyone. Whether you hide out and go nowhere near yours or head up the organizing committee, there's fertile ground for drama there. You have plenty of time to work and rework your short play -- the final deadline isn't till February 1, 2015 -- but you may as well get that first draft going now. And if you get it in by January 1, the judges can ask for revisions if they think that's warranted. Check out all the details here. 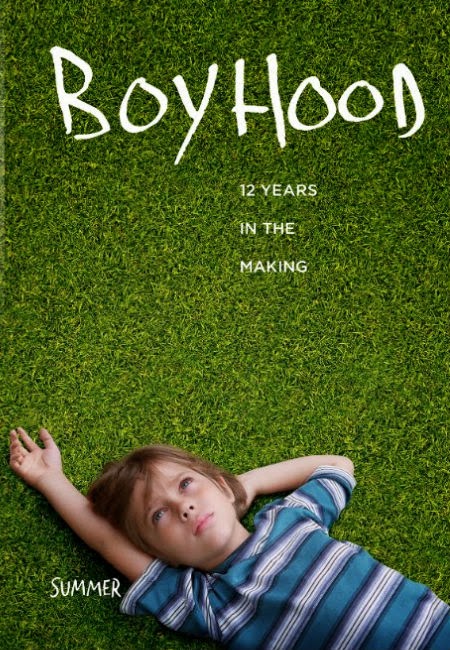 Richard Linklater's journey through one boy's life, Boyhood, continues through September 11 at the Art Theater Co-op in Champaign. Linklater came back every year for twelve years to film the same boy, played by Ellar Coltrane. This is "Mason," as he's called in the movie, growing up right there on film. Click here to check the schedule -- the Art is fond of switching things up and offering a variety of times during the run.

New Route Theatre will hold auditions September 6 and 7 for its world premiere production of Walking with My Ancestors by Dr. A. Oforiwaa Aduonum.The show, amounting to a "pilgrimage," a "crusade" and a "search for identity," tells the story of Dr. Aduonum's journey to confront her past and her ancestors' past, through the Middle Passage into slavery, with its terrible impact on generations of lives. Her narrative includes song, dance and the spoken word, and New Route will be looking for male and female actors, singers and dancers to fill out the tableau. See all the details on New Route's audition process here. 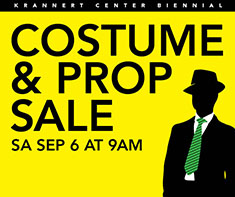 If you've never been to the University of Illinois Department of Theatre's Costume and Prop Sale, you (unlike me) don't own a hoop (not the skirt, just the hoop), a Regency mermaid gown or a weird hippy vest that could blend into any forest. You never know what you'll find when they open those vaults. This year's sale commences at 9 am at U of I's Krannert Center for the Performing Arts. Costumes will be showcased in the Studio Theatre on the 5th floor, with props down on level 2. That 9 am start time is for the people who buy a $3 ticket to get a head start, and presumably to put the kibosh on lines around the block or aggressive shostling for position. Check out the info here. And get there early!

U of I's Krannert Center has a whole lot of other offerings in September, as well, including Roseanne Cash: The River and the Thread on September 13, the St. Louis Symphony on September 14, dance and theatre from Susan Marshall & Company in a piece called Play/Pause on September 23, and a few pieces of Champaign-Urbana's Pygmalion Festival, including music and poetry, on September 25 and 26.

The Philadelphia Story, the 1939 divorce comedy played out in the mansions of Philadelphia's Mainline, comes to Community Players beginning September 4 with a preview performance. The Broadway stage version was a comeback of sorts for Katharine Hepburn, as her pal, playwright Philip Barry, penned another play just for her. And then Kate starred in the movie, too, opposite Cary Grant and Jimmy Stewart, creating a fizzy, fabulous piece of film history. Rich heiress Tracy Lord is in the midst of planning her wedding (her second), this time to "man of the people" George Kittredge. But her ex, the suave and debonair C. K. Dexter Haven, and two reporters from Spy magazine pretending to be friends of Tracy's older brother while really trying to get the inside scoop on the big society wedding, are throwing all kinds of obstacles in her way. Who will Tracy end up with? What do privilege and place have to do with who belongs with whom? Is is better to be a goddess or a living, breathing woman? You can get all your answers when Players' production, directed by Tricia Stiller, opens this week, running through September 14.

Julia Cho's "wryly beguiling" play The Language Archive, winner of the 2010 Susan Smith Blackburn Prize, opens at Heartland Theatre on September 11 with a pay-what-you-can preview, followed by performances September 12-13, 18-21 and 25-28. Kathleen Kirk directs this look at the lapses between love and language, where a language archivist named George faces losing his wife because he just can't find the right words to make her stay. In the midst of that, George's assistant in the lab nurtures a major crush on her boss, and two visitors from a strange land -- the last speakers of a language called Elloway -- come to the lab to share their tongue before it disappears forever. Bruce Clark and Devon Lovell play George and Mary, the couple who have such trouble speaking from the heart, with Michelle Kaiden as Emma, the lab assistant, Nancy Nickerson and Mark de Veer as the last speakers of Elloway, Vanessa Houssian as a language instructor, Chris Stucky as Mr. Baker, and J. Michael Grey as Zamenhof, the inventer of Esperanto.

Also at Heartland, look for auditions for Deanna Jent's Falling, a moving look at a family dealing with an autistic child who is getting too big to handle. Director Lori Adams has cast Karen Hazen and Rhys Lovell as the parents of this "difficult to love" child, and she will be looking for actresses to play teenager Lisa, who wishes her family were a lot more "normal," and Grammy Sue, whose entrance into the family dynamic shakes things up. Auditions for these roles will take place on Sunday, September 21, from 7 to 9:30 pm, with callbacks scheduled for Tuesday, the 23rd, if necessary. Performances will take place in November. 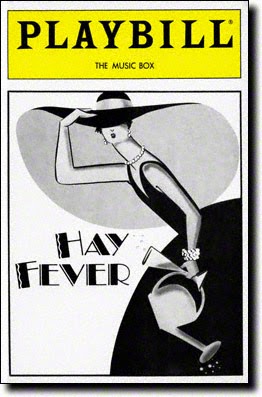 The Department of Theatre and Dance at Illinois State University sneaks a show into September with Hay Fever at Westhoff Theatre September 24 to 28. Sonja Moser directs this lighter-than-air Noel Coward classic about a theatrical family enjoying a weekend in the country in the 1920s, tormenting their guests with their eccentricities and their charmingly awful behavior. Moser's approach may make this Hay Fever look very different from any other Hay Fevers you might've experienced. We'll just have to wait to find out. (The Playbill at right is from the 1985 Broadway production of Hay Fever that starred Rosemary Harris as Judith Bliss. Don't you love that hat?) 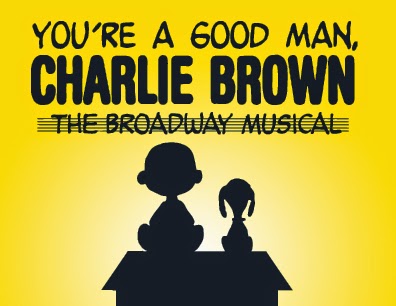 Eureka College begins its semester by bringing back the musical You're a Good Man, Charlie Brown to Pritchard Theatre. Holly Rocke directs a cast that includes Christopher Tam as Charlie Brown, Krissy Franz as his sister Sally, Jake Geiger as his dog Snoopy, Austin Bristow II as his pal Linus, Isabella Anderson as Linus's sister Lucy, and Rahmell Brown as Schroeder, the piano player Lucy fancies. The last time Eureka did Charlie Brown, two names you may recognize -- Brandon Burling and Joel Shoemaker -- headlined the cast as Chuck and Snoopy. This Charlie Brown and its perennial youngsters will sing for their "Suppertime" from September 25 to October 4.

September is also the month of choice for a lot of television premieres, both for returning shows and new ones. I'm going to save those for a different post, but in the meantime... Let's all go out and support our local entertainment!
Posted by JulieK at 9:41 PM