Ready for Some STICKY? Bottoms Up! Lights Down! 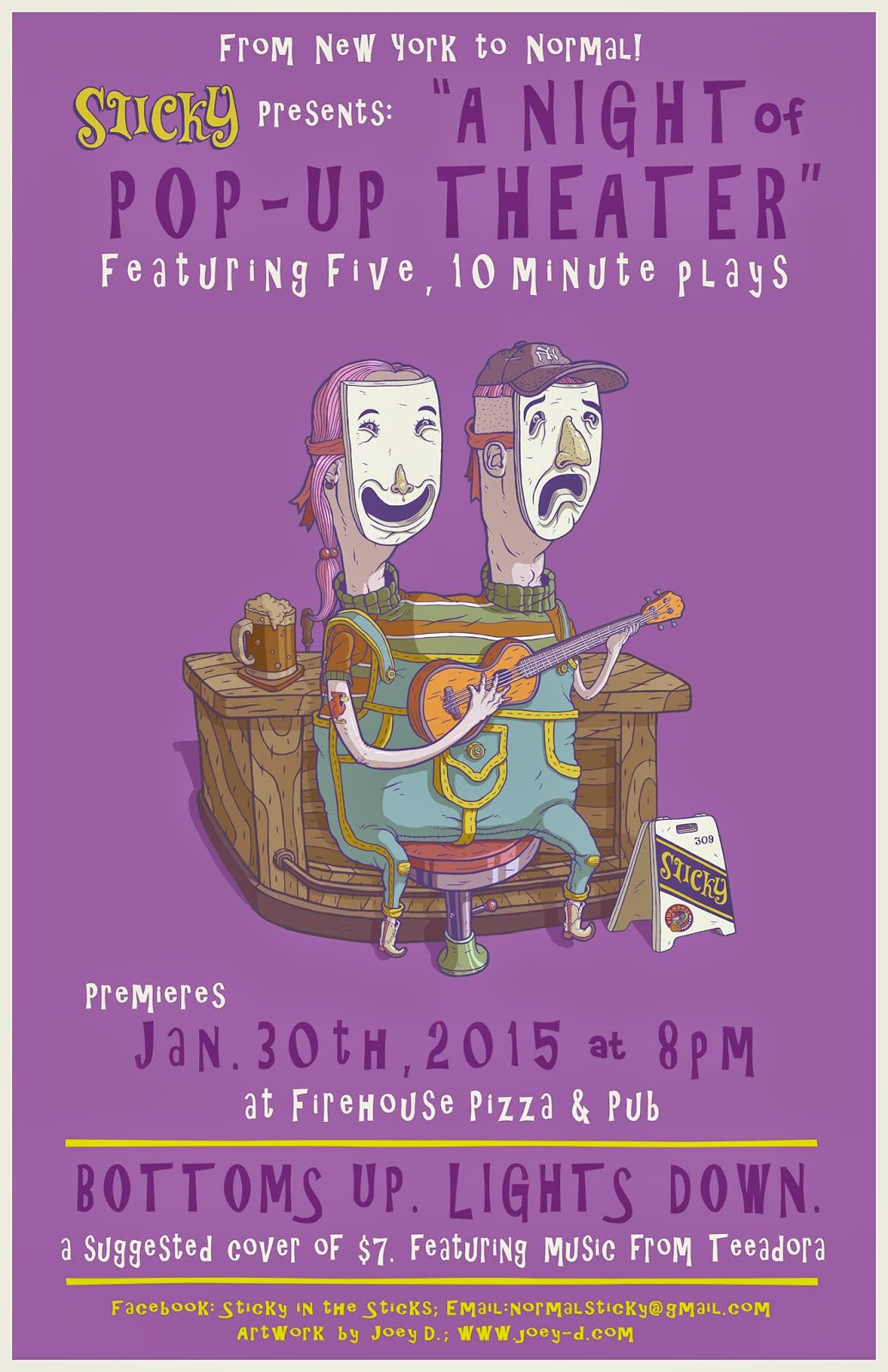 If you saw October or December's editions of Sticky in the Sticks, a site-specific performance of ten-minute plays produced by local theatre artists, you already know you'll be there for January's Sticky, called Bottoms Up/Lights Down. It's this Friday, January 30, at 8 pm.

Connie Chojnacki Blick and J. Michael Grey are once more behind this Sticky stuff, where ten-minute plays set in a bar are... Ta da! Performed in a bar!

In this case, they're performing five ten-minute plays in the pub part of Firehouse Pizza and Pub in Uptown Normal. The audience sits in chairs set around the room, with the actors right there on the barstools in front of them. (See image below. That's Ms. Blick on the right, lamenting the woes of Christmas Eve in one of December's plays.)

The Bottoms Up/Lights Down evening will start at 8, but you are advised to be there a bit earlier to get a good seat (and a drink if you want one. The bartenders get busy during Sticky breaks.) Teaadora will perform live music for the first half hour or so, with the ten-minute plays beginning after that.

Although I don't have specific information on who wrote the plays this time or what they'll be performing, Sticky has listed these actors as taking part:

Sticky asks for a $7 donation at the door. For more information, check out their Facebook page here, or take a look at tomorrow's Pantagraph, where Sticky in the Sticks will be featured in the GO! section.
Posted by JulieK at 2:56 PM