Community Players is ready for a trip to the Riviera with Dirty Rotten Scoundrels, the Broadway musical that focuses on two con men plying their trade among wealthy women in the south of France. Their Scoundrels take the stage tonight for a Pay-What-You-Can preview, followed by performances through March 29.

So what is Dirty Rotten Scoundrels? Just how dirty rotten are those scoundrels? Well, pretty rotten, anyway. Not exactly dirty. In fact, Lawrence, the sophisticated and charming one of the pair, depends on elegance to ply his trade. Lawrence is a master at his game, while Freddy is a bit of a mess, pretending to be hapless and lost as he angles for a few francs. When Lawrence becomes annoyed by Freddy's interference, the two start a game of their own -- they will both try to con a specific women and whoever wins gets to be "King of the Mountain" of their specific turf on the Riviera. 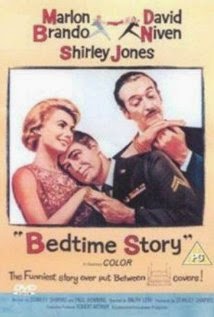 Dirty Rotten Scoundrels the musical takes its story from two movies. First there was 1964's Bedtime Story, starring David Niven and Marlon Brando as the pair of con men with decidedly different styles. That was remade in 1988 as Dirty Rotten Scoundrels, with Michael Caine and Steve Martin in the roles.

The musical version, with music and lyrics by David Yazbeck and book by Jeffrey Lane, hews more closely to that 1988 film, which only seems fair given that they share a title. Let's just say that if you've seen Bedtime Story, Dirty Rotten Scoundrels will start to seem different about 3/4 of the way through. 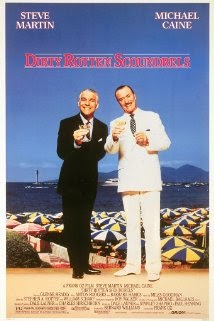 Stories have circulated that the 1980's Dirty Rotten Scoundrels was originally intended as a vehicle for David Bowie and Mick Jagger, who were fresh off a popular "Dancin' in the Streets" video, but it didn't come off. Still, it's amusing to imagine those two as Lothario con men trying to outdo each other.

The musical previewed on Broadway in January of 2005, making it to 627 performances before it closed. The original stars were John Lithgow as Lawrence, the dapper, sophisticated seducer played by Niven and Caine, with Norbert Leo Butz as Freddy, who uses pity to prey on women's sympathies, previously portrayed by Brando and Martin.

With its French Riviera setting, breezy plot and comedic hijinks, not to mention top-level stars in Butz and Lithgow, Dirty Rotten Scoundrels the musical was nominated for 11 Tony Awards, including Best Musical as well as Best Score for Yazbeck, Best Book for Lane, Best Actor for Lithgow, Best Actress for Sherie Renee Scott as their primary mark and Best Supporting Actress for Joanna Gleason. The only winner was Norbert Leo Butz, who beat out his costar for that Best Actor trophy.

For information on this production, including a link to buy tickets, click here.