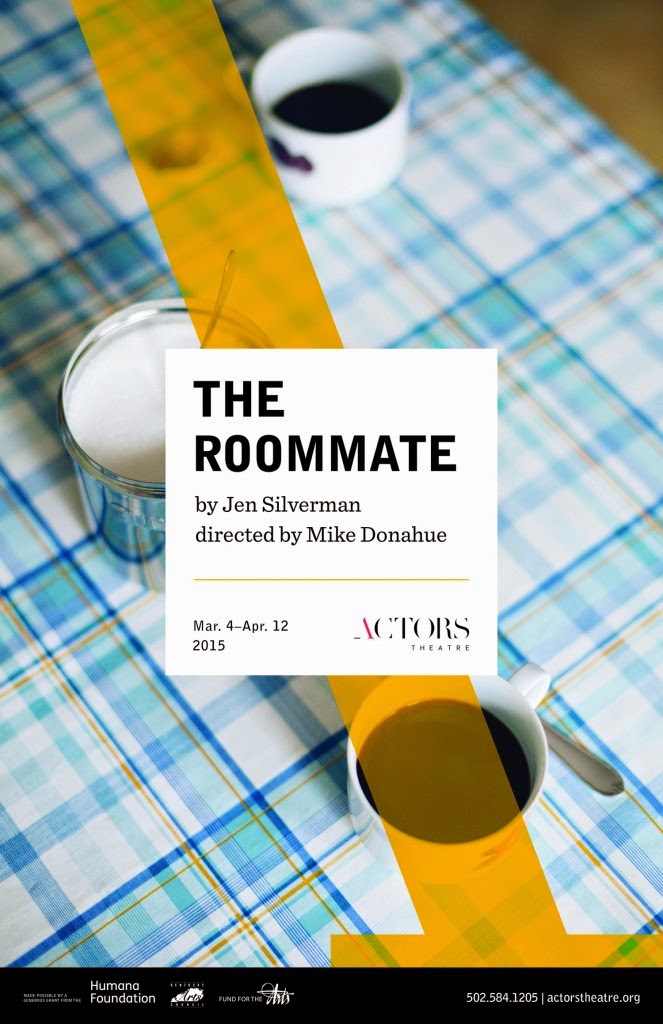 At first blush, the women who shared a house in Jen Silverman's The Roommate, the first play I saw at last weekend's Humana Festival of New American Plays, seemed like familiar types living out a familiar premise. They couldn't be more different and yet here they are, forced to share the same space. The More the Merrier, The Goodbye Girl, The Odd Couple...

In this Roommate, Sharon, an Iowa housewife divorced from her husband and somewhat estranged from her son, has advertised for a roommate to share her house and cut her expenses. Sharon is sweet and perky, naive and sheltered. She tells us she is originally from Illinois, which means to her that she is more sophisticated than a mere Iowan, but she still seems pretty limited in life experiences and mental reach.

The roommate she gets is Robyn, a vegan, lesbian smoker from the Bronx, who comes into Sharon's orbit with a lot of baggage, both literal and figurative. Robyn is edgier and more guarded, and she serves as a surprise and a source of fascination to her new roomie. So, of course, we see a clash of cultures, a gradual revealing of secrets, and a plot reversal or two as these two women look past their differences and come together as... What? Friends? Maybe.

Silverman has said that she was trying to write a play with roles for bad-ass women over 50, and on the surface, I suppose Sharon and Robyn could be described that way. Silverman's idea to provide more fully-drawn roles for actresses of a certain age couldn't be more welcome in today's theatrical landscape. But how she carries it out in The Roommate is a bit more problematic.

As we (and Sharon) poke into who and what Robyn is, the play moves away from the "odd couple" aspect and more into Thelma and Louise territory, but that is a major leap, especially for the character of Sharon. We understand that she is looking for a new direction, but the one she takes seems more destructive and ill-conceived than bad-ass, more off the rails -- or, to continue the Thelma and Louise theme, over a cliff -- than convincing story-telling.

Still, Silverman's writing is funny and entertaining, and Margaret Daly's warm, sweet performance as Sharon made her a rootable character in the Humana Festival production directed by Mike Donahue. Tasha Lawrence also did fine work as Robyn, creating someone real and keeping her compelling even as the dynamic shifted.

Andrew Boyce's scenic design in-the-round in Actors Theatre of Lousiville's Bingham Theatre set the right mood around Sharon's kitchen table, while Daniel Kluger's original music was a highlight, keeping the transitions fun and fizzy and moving the play along.

As you might expect from Actors Theatre, the play looked and sounded great. But the overreaching takeaway was a little trickier. Was Sharon's journey supposed to teach us that you should only venture outside your Iowa comfort zone with trepidation? Look before you leap? Or that latching onto someone new and scary, losing yourself but finding crime, drugs and cruelty, is a better idea than sitting in your kitchen by yourself?

By the end of the play, neither of those extremes was the right match for the material.
Posted by JulieK at 12:54 PM