Stephen Adly Guigis Wins Pulitzer for BETWEEN RIVERSIDE AND CRAZY 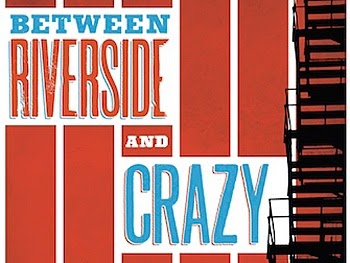 Between Riverside and Crazy, Stephen Adly Guirgis' darkly comic play that had runs at both the Atlantic Theater Company and the off-Broadway Second Stage Theatre in New York, has been named the winner of the 2015 Pulitzer Prize for Drama, awarded to "a distinguished play by an American author, preferably original in its source and dealing with American life."

Between Riverside and Crazy will be part of Steppenwolf Theater's 2015-16 season with a production scheduled to open in Chicago in June, 2016. Yasen Peyankov will direct a cast that includes James Vincent Meredith and Tim Hopper. Last year's Pulitzer recipient was Annie Baker for The Flick, which will also appear in Steppenwolf's 2015-16 season.

Guirgis's previous plays include The Motherfucker with the Hat, which played on Broadway with a cast that included Chris Rock and Bobby Cannavale, Our Lady of 121st Street, The Last Days of Judas Iscariot and Jesus Hopped the A Train. Guirgis also made a cameo appearance in Birdman, last year's Oscar-winning Best Picture.

The other finalists for this year's Pulitzer Prize for Drama were Jordan Harrison's Marjorie Prime, described as "a sly and surprising work about technology and artificial intelligence told through images and ideas that resonate," and Suzan-Lori Parks' Father Comes Home from the Wars (Parts 1, 2, 3), "a distinctive and lyrical epic about a slave during the Civil War that deftly takes on questions of identity, power and freedom with a blend of humor and dignity."

The Pulitzer Prize for Drama comes with a $10,000 check to the winning playwright.
Posted by JulieK at 3:44 PM

Email ThisBlogThis!Share to TwitterShare to FacebookShare to Pinterest
Labels: Between Riverside and Crazy, Pulitzer Prize for Drama, Stephen Adly Guirgis