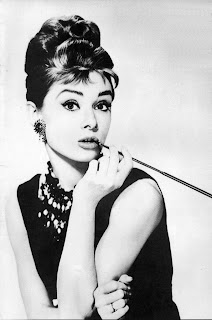 February is a great month to shake off the dust and expand your mind with a play, a movie, a book... Something!

This month, I'm recommending SOUTHERN COMFORTS, by Kathleen Clark, playing at Heartland Theatre from February 18 to March 7th. Heartland calls it a "tour-de-force journey of a widow and widower who meet later in life and find a way into each other’s hearts." SOUTHERN COMFORTS stars two terrific local actors -- Carol Scott and Michael Pullin -- as the widow and widower, and is directed by Heartland Artistic Director Mike Dobbins. I'll write a full review once it opens, so come back and look for that!

On other area stages, you can catch the Greek classic LYSISTRATA, about women who withhold sex to put an end to war, at Illinois Wesleyan, running February 16-21, or two very different plays at ISU. ISU is offering DON JUAN COMES BACK FROM THE WAR, by Ödön von Horvath, at ISU's Westhoff Theatre February 17-21, and Tennessee Williams' A STREETCAR NAMED DESIRE at the Center for the Performing Arts from the 18th through the 27th.

This DON JUAN is, like LYSISTRATA, about war and love. Set after World War I, the play looks at what happens when Don Juan decides to look for his lost love in a landscape of bitter cold and terrible post-war deprivation. Everything has changed; nothing has changed. What's a Don Juan to do?

STREETCAR is more familiar to American audiences, and it's always intriguing to see what a college-age cast can do with such iconic characters as Blanche DuBois, the faded Southern belle in search of softer lighting, and Stanley Kowalski, the rough-and-tumble man's man symbolized by the raw slab of meat he brings home to his wife. Even after all these years and a whole lot of productions, STREETCAR is still a fascinating play.

Also on my must-see list for February is the mini-Audrey Hepburn festival at the Normal Theater, with one of my favorites, SABRINA, playing on the 11th and 12th, and BREAKFAST AT TIFFANY'S on the 13th and 14th. Either movie could work nicely for your Valentine's celebrations and I'll try to review them both before they hit the screen.

At the bookstore, you'll find a sure-fire way to heat up your winter in Jess Michaels' NOTHING DENIED, where a Regency-era shrew is unleashed more than tamed. The book is available right now from Avon's Red line (its spicier, sexier imprint), and I'll be posting a full review a bit later in the month. (FYI: Jess Michaels is one of local author Jenna Petersen's alter egos.)
Posted by JulieK at 10:14 AM