Don't Forget: Finishing Line Poets Will Be Reading on Sunday 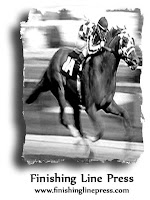 Three local poets who have published chapbooks with Finishing Line Press will read from their work at the Normal Public Library on Sunday afternoon, November 21, from 2-4 pm. The library is located at 206 W. College Avenue in Normal.

The event at the library includes a one-hour poetry reading, plus time afterwards to get a book signed or chat with the poets. This program is intended for adults. It is free and open to the public and refreshments will be served.

A fourth generation native of Northern California, Tim Hunt was born in Calistoga and raised primarily in Sebastopol, two small towns north of San Francisco. Educated at Cornell University, he has taught American literature at several schools, including Washington State University and Deep Springs College. He is currently Professor of English at Illinois State University, in Normal, Illinois. He and his wife Susan, a respiratory therapist, have two children: John, a visual artist, and Jessica, a musician and composer. Hunt's publications include the collection Fault Lines (Backwaters Press), the chapbooks Lake County Diamond (Intertext) and White Levis (Pudding House Press), and numerous poems in magazines. His scholarly publications include Kerouac's Crooked Road: Development of a Fiction and the five-volume edition The Collected Poetry of Robinson Jeffers.

Kathryn Kerr, daughter of a nurse and a sailor, was born during a thunderstorm in St. Louis, Missouri, soon after World War II. She grew up on a hill farm overlooking Cache River in southern Illinois. Ever a lover of nature and books, she has degrees in English, botany, and creative writing. She has worked as a field biologist, an editor, a photographer, and at many other jobs. She has raised two amazing daughters and keeps three cats and a turtle. Currently she teaches writing at Illinois State University. 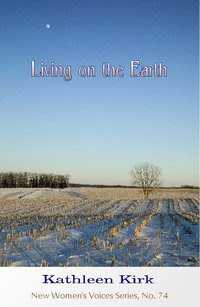 Kathleen Kirk is the author of Broken Sonnets, also published by Finishing Line Press, and Selected Roles (Moon Journal Press, 2006), a chapbook of theater and persona poems. Her poems appear regularly in such print and online literary journals as After Hours, Common Review, Greensboro Review, Leveler, Poems & Plays, Quarter After Eight, and Spoon River Poetry Review. Kirk has taught English at DePaul University and Lincoln College. Formerly on the editorial staffs of Poetry East and RHINO Magazine, Kirk is currently the poetry editor of Escape Into Life, an online art and culture magazine. She is married to the artist Tony Rio, a local volleyball coach, and they have two children.

Hunt and Kerr teach at Illinois State University, and Kirk works at Babbitt’s Books in Normal and appears on the Heartland Theatre stage and in the annual Evergreen Cemetery walk sponsored by Illinois Voices and the McLean County Museum of History.

Because of the similarity of their names, Kathryn Kerr and Kathleen Kirk especially appreciate this chance to appear in public in the same place at the same time, proving that they are separate people! By coincidence, two out of three of these poets tend to appear in the same literary magazine at the same time. As Kirk says, "Poetry is fun, not scary, so come hear some!"