Bloomington's Past Comes Alive Once More

For 20 years, Evergreen Cemetery in Bloomington has come alive in the fall, bringing back to life an array of characters from the area's past in the annual Discovery Walk. Those characters are based on real people who once lived and worked around here, from luminaries in politics, show business or sports to regular old folks like a carriage driver, a miner or a beekeeper. And whether they spent their lives in their own back yard or played on a national stage, they were all buried (or scattered) at Evergreen Cemetery.

This year, in honor of the 20-year milestone and the fact that longtime director Judy Brown, who helms Discovery Walk collaborator Illinois Voices Theatre, is retiring after this year, the characters portrayed are popular favorites, brought back from previous Walks. You'll see Bloomington's favorite son, Adlai Stevenson II, complete with the worn patch on the sole of his shoe; its favorite baseball player, cantankerous Hall-of-Famer Charles "Old Hoss" Radbourn (seen at right); and one of its favorite opera singers, Marie Litta, who died young after an illustrious but stressful career. They will be joined by Belle Blue Claxton, an NAACP supporter who worked tirelessly to desegregate the beaches at Bloomington's Miller Park; Celestia Rice Colby, a writer, suffragist and abolitionist; Asahel and Mary Gridley, the rich couple whose constant battles proved that money can't buy love; and cigar man Adam Guthrie, who ran a popular Bloomington hangout for tall tales and conversation. 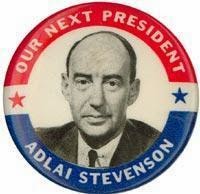 Five of the eight actors in this year's cast are familiar faces from their past performances at Evergreen Cemetery, like Don Shandrow, who is back as Adlai Stevenson (seen at left), and Rhys Lovell, who returns to the role of Hoss Radbourn, which he also played last year in a full-length play at the McLean County Museum of History. Gabrielle Lott-Rogers plays Belle Blue Claxton this time out, while Todd Wineburner takes on Adam Guthrie and Kathleen Kirk is the female half of the Gridley war. 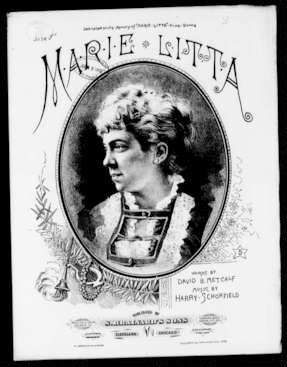 Kirk is joined by actor, director and scenic designer Jeremy Stiller in his first Discovery Walk, with fellow newcomers Jessie Swiech, who appeared as Eliza Doolittle in Prairie Fire's recent My Fair Lady, as Marie Litta; and Bridgette Richard, one of the Pigeon Sisters in Community Players' The Odd Couple, as Celestia Rice Colby.

The Discovery Walk at Evergreen Cemetery, a collaboration among Illinois Voices Theatre, the McLean County Museum of History and the cemetery, enjoyed record-breaking crowds last weekend even in terrible weather. That means this weekend, which is supposed to be nicer, should really pack 'em in. You are advised to pick up tickets in advance at the Museum, Evergreen Cemetery, the Garlic Press or Casey's Garden Shop or call the Museum at 309-827-0428 for more information. Tours are scheduled for 11 am and 2 pm on Saturday and Sunday October 11 and 12, 2014.