Krannert Center Announces OUTSIDE Concerts at Research Park in Champaign 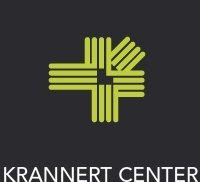 Krannert Center for the Performing Arts has announced that it is once again joining forces with Fox/Atkins Development, LLC, for a two-show series of summer concerts at the U of I Research Park. Both concerts are free and open to the public. OUTSIDE at the Research Park plays upon a simple concept: great music, fresh food, a green state of mind, and an open, relaxed environment. The performance space and seating area are located just south of the Gateway building at the corner of First Street and St. Mary’s Road in Champaign. The tree-lined, grassy space hosted thousands of audience members during the 2007, 2008, and 2009 series and will now welcome two more exciting concerts for 2010. Headliners for the 2010 series will be southern Louisiana natives Nathan and the Zydeco Cha-Chas on July 16 and the high-energy, African-rooted sounds of Chicago’s own Occidental Brothers Dance Band International with East African singer Samba Mapangala on August 13.

Krannert Center’s senior associate director Rebecca McBride notes that an important facet of the OUTSIDE at the Research Park series is to “celebrate the unique and rich community in which we live and to bring attention to the amazing people and organizations that collectively make Central Illinois such a special place.” The 2010 OUTSIDE series will continue an initiative started in 2008 that focused attention on a community service group. This year, the Don Moyer Boys and Girls Club will be the featured community partner, with information available during both performances on this critical youth-focused organization.

McBride notes that that OUTSIDE will “offer biodegradable containers and utensils, easy-to-access recycling bins, and marketing materials printed on recycled paper. We’re especially pleased this season to again offer bike racks for those who choose to go green by arriving via two wheels.”

In keeping with the green theme, the August 13th event will feature a green fair that will invite sustainability-minded local businesses and organizations to take advantage of free exhibit space where they can share information about their company’s green efforts. Interested parties can contact Valerie Oliveiro at 217/244-4287 or valo@illinois.edu for more information. Tours of Gable Home, a solar house built by students from the U of I that won second place in the 2009 Solar Decathlon, will be available on both evenings from 5pm to 7:30pm.

The first performance is Friday, July 16th at 7:30pm and features Nathan and the Zydeco Cha-Chas.

Southern Louisiana is home to its own particular brand of accordion-fueled, soulfully percussive, Creole-blooded dance music known as zydeco. OUTSIDE fans who raved about the 2008 performance by zydeco sweetheart Rosie Ledet should mark their calendars for this show by Nathan Williams, one of the most in-demand practitioners of this funky roots music. Tinged with a good dose of R&B, the brushing beat of a rubboard, and the strong collaboration of a solid family band, the music of Nathan and the Zydeco Cha-Chas celebrates the traditions of the Deep South with a fresh, fun sound perfectly suited to a warm summer evening.

Gable Home tours will be offered from 5 to 7:30 pm, and a local act will open for Nathan and the Zydeco Cha-Chas at 6:15 pm.

The second performance is scheduled for Friday, August 13th at 7:30 pm, with the Occidental Brothers Dance Band International with Samba Mapangala on the bill.

Chicago’s Occidental Brothers Dance Band International weaves high-energy soukous, Ghanaian Highlife, and African jazz and has captured the admiration of audiences at the Ottawa Blues Festival, Lincoln Center, the Chicago Folk and Roots Festival, and the Montreal Jazz Festival. Greg Kot of the Chicago Tribune hailed the group as “one of ten must-sees at the Pitchfork festival.” OBDBI is led by guitarist Nathaniel Braddock, an instructor at Chicago’s Old Town School of Folk Music, who has twice been profiled in Guitar Player magazine. Braddock is joined by Greg Ward on alto saxophone, Joshua Ramos on bass, and Makaya McCraven on drums. They first joined forces with Congolese music legend Samba Mapangala in 2009 for “Obama Ubarikiwe,” an acclaimed tribute to a well-known presidential candidate. Since then, Mapangala’s mellifluous, East African-rooted, rhythmically complex style has continued to serve as the perfect dance floor companion for OBDBI and its audiences.

Before OBDBI takes the stage, the green fair will begin at 5:30 pm, Gable Home tours will again be offered from 5 to 7:30 pm, and a local opening act will start at 6:15 pm.

These concerts will be held just southwest of Assembly Hall on First Street in the Research Park. Free parking is available in the lot south of the Caterpillar/SAIC Building at 1901 South First Street.

Beverages, wine, and food will be available in the concession area located at the northwest corner of the Caterpillar/SAIC Building.

All performances are free and open to the general public.