Don't Be a Scrooge! Head over to "A Seedling Christmas"! 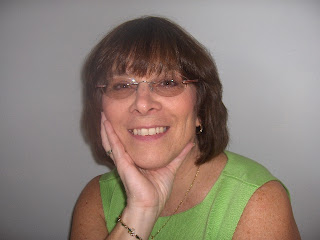 You may've noticed information about Seedling Theatre and its Christmas show (opening tonight!) in yesterday's December preview. I got a chance to ask Donna Anhalt, Seedling's Artistic Director, more about the program and about herself.

Tell us a little bit about yourself. What other theater things in town have you been involved with? Any favorites come to mind?

My name is Donna Oles Anhalt, born and raised on the south side of Chicago and married for 28 years to a wonderful fellow south sider who is a pilot for US Airways. My great kids are: Matthew, who works at CIRA, Elizabeth, who is teaching for Disney English in Shanghai, Catherine, a full-time art student at ISU, and Joseph, a full-time advertising/Public Relations major at DePaul University. I have loved theatre since I was very young and seriously was going to be "a movie star" someday, but that all fell apart when I began doing volunteer work with special needs kids in high school. Since then I have worked at Misericordia, Chicago Lighthouse for the Blind, and my husband and I were also house parents for special needs young adults in Champaign and Bloomington.

I have been involved in just about every theatre in town, including ISU when I was a theatre student there in the mid 90's, in some way, shape or form - acting, directing, running sound boards, fundraising - you name it, I may have done it. I guess you might call me a "Jack of all trades, master of none" in theatre. Besides what I do now with Seedling and Penguin Project, I'd say my favorite role was playing Charlotte in" Charlotte's Web" about 18 years ago at Players. What fun that was! "Steel Magnolias" is pretty much up there, too.

Now how about some details about Seedling Theatre? How did it get started? What is it all about?

Seedling Theatre is a member unit of Illinois Theatre Consortium which has brought the Discover Walk to Bloomington/Normal for the past 16 years. I am also involved with that as assistant to the director, Judy Brown and I explain my job as - "I just do whatever Judy tells me to" and I love it! I became involved with Seedling about 3 years ago when the Consortium offered me the position of Artistic Director of Seedling Theatre. My dream has for some time been to have a children's theatre in town so when the opportunity arose to take on Seedling it was a no brainer. Also, because of my work with the Penguin Project (I directed their first production in town "Annie, Jr.") I decided that the special needs population would become a big part of Seedling, thus, "special theatre for the young at heart" was added to the Seedling Theatre name. My theatre combines special needs children and young adults with their able-bodied peers to enjoy the fun and challenge of theatre. The combination of the two has been extremely successful and such a growing experience for all participants.

What have you worked on with Seedling so far?

Last Christmas was our first Seedling production of an original play adapted from the book "The Christmas Miracle of Jonathan Toomey" and "Little Women - A Christmas Version." Fourteen children were involved, nine of whom were special needs. Many of those kids have come back for our show this year, too. Seedling also had a summer camp this past July. Fifteen children attended and all but one were special needs. We had such a successful and fun week it will be extended to a two week camp in summer 2011. We also had a Saturday morning workshop in late October. We focused on theatre basics and again had a great time. Twelve participants attended, nine were special needs.

Tell us about "Scrooge" and "A Special Seedling Christmas." What will we see if we come out to the show?

"Scrooge" and "A Special Seedling Christmas" – which is our first original play written by ISU English professor, Dr. Claire Lamonica – will be opening on Thursday, December 2nd at 7 pm and continues on Saturday, December 4th at 7 pm and Sunday, December 5th at 3 pm, at the First Christian Church in downtown Bloomington. (The address is 404 West Jefferson, but you should enter on Monroe Street.) Tickets can be purchased at the door for $10 for adults and $5 for college age and under. Please come, you will be amazed!!

An additon to Seedling just recently is piano and voice lessons taught by Juliet Wright. Juliet and I have been friends and "partners in crime" in theatre for many years in the community. She was a part of the summer camp, the October workshop and is also directing "A Special Seedling Christmas."

Anything else you want to tell us?

I think I've "said" enough now except to thank you for another opportunity to spread the word about Seedling Theatre...special theatre for the young at heart and the wonderful kids who participate in fun and excitement of theatre!