Heading for a Holly, Jolly December 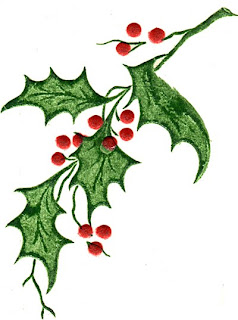 Almost all the December events I find most interesting are happening now, in the early part of the month. So put on your skates and get ready to race!

Right now, the Art Theater in Champaign is showing a very intriguing movie called "Catfish." It purports to be a documentary, it involves the weirdness of internet communication and connections, and it's caused a lot of controversy over truth, fairness and art. I'm not going to tell you any more about the plot, because the surprise factor is a big part of the appeal. "Catfish" plays at the Art Theater tonight and tomorrow night at 7:30 pm.

Also at the Art this month -- that thing where James Franco saws off his arm, from December 3-13, and the third movie in the Swedish "Girl Who" trilogy, opening December 17th.

Our own Normal Theater takes a different tack to open the month, with the schmaltz-tastic "White Christmas" playing December 2-5. Der Bingle! Danny Kaye! Rosemary Clooney! Vera Ellen! A nifty Irving Berlin score packed with goodies! And if you really like hearing Bing Crosby sing the title song, you'll have another chance this month when "Holiday Inn," the Fred Astaire/Bing Crosby classic, hits the Normal Theater on December 11th and 12th. "Holiday Inn" is followed by the 1935 version of "A Christmas Carol" with Reginald Owen on the 16th and 17th, "It's a Wonderful Life" from the 18th to the 26th, and the smart, sophisticated "Thin Man" on the 30th and 31st for New Year's Eve.

Seedling Theatre, one of the theaters under the Illinois Theatre Consortium umbrella, offers "Scrooge" and "A Special Seedling Christmas" on December 2nd, 4th, and 5th at 7pm, with a 3 o'clock matinee on the 5th. Donna Anhalt, Seedling's Artistic Director, invites you to come out to the First Christian Church at 401 West Jefferson(the entrance is on Monroe Street) in Bloomington to support these specially abled young actors and actresses. Donna says, "Please invite your friends! These kids have worked very hard and deserve an awesome audience!" Tickets are available at the door. If you'd like more information, you may visit this page, or email Donna at donnaanhalt@hotmail.com.

ISU is also celebrating the holiday season, with three performances of Music for the Holidays (Dec. 3-5) as well as the annual Dance Theatre Fall Concert (Dec. 9-11) featuring Martha Graham's "Diversion of Angels" at the Center for the Performing Arts. You might also be interested in the 55th Anniversary Madrigal Dinner December 8-11 in the Alumni Center or the School of Theatre's "Major Barbara" December 8-11 at Westhoff Theatre.

"Major Barbara" is a George Bernard Shaw play involving one Major Barbara Undershaft, a woman with strong religious and charitable convictions who faces a moral dilemma over whether her organization should accept donations from a munitions manufacturer who just happens to be her father. Love, family, money, right and wrong... It's all there in Shaw's lively stewpot. The ISU ticket office is available at the Center for the Performing Arts, by phone at 309-438-2535 or here online.

I'm also looking forward to the reprise of "A Tuna Christmas" at Heartland Theatre, where Dave Krostal and Don Shandrow will once again portray all the oddball denizens of Tuna, Texas, the third smallest town in that great state. Everybody in Tuna is focused on the annual yard decorating contest and a mysterious phantom who seems to be destroying the leading contenders' displays, plus the local production of "A Christmas Carol" is getting undue attention from the Smut Snatchers, who think the play is obscene. Oh, and juvenile delinquent Stanley Bumiller is worried about having to go back to reform school, while his mother Bertha is attracting the attention of a new suitor. (It's all about the way the tube light bounces off her bouffant.) Phil Shaw directs, with performances scheduled from December 9 to the 19th. This is a special benefit show, not part of Heartland's regular season, which means flex passes are not accepted. But flex pass holders do get a $2 discount off the regular $12 tickets.

I will close with a Tuna quote from Didi Snavely, a twisted lady who sells used guns and ammo with the store motto "If we can't kill it, it's immortal." As she says: "Heaven forbid during this joyous season that you should be the victim of a holiday robbery. But wouldn't you rather shoot somebody than watch 'em run off with your new toaster oven? I know I would. Didi's Used Weapons has weapons for the car, the home, and the workplace. At Didi's Used Weapons you'll have a Holly Jolly Christmas, and the criminal will have a Silent Night!"
Posted by JulieK at 11:12 AM