ISU Theatre and Dance Ready to Spring Forward into 2013-14

Illinois State University's School of Theatre and Dance has announced the 2013-14 season. That means we now know what shows will be keeping ISU's directors, designers and actors busy from next fall through spring 2014. 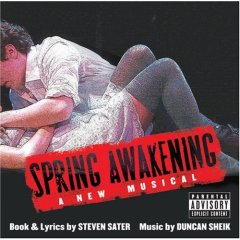 First on the list is the angst-rock musical Spring Awakening, with music composed by Duncan Sheik and book and lyrics by Steven Sater, scheduled for performances in ISU's Center for the Performing Arts. The musical is based on an 1891 play by German author Frank Wedekind which ISU produced as part of the 2007-08 season. The Sheik/Sater musical stays fairly close to Wedekind's plot, about the dangers looming for German turn-of-the-century teenagers with raging hormones whose parents purposely keep them ignorant about sex, sexuality, and the consequences of both. Glee star Lea Michele got her big break in the Off-Broadway and Broadway productions of the show in 2006, while her costars Jonathan Groff (also in Glee and then Boss as well as numerous stage roles) and John Gallagher, Jr. (recently of The Newsroom on HBO) took home two of the show's eight Tony Awards. For ISU, MFA director Matthew Scott Campbell will take the reins of Spring Awakening.

Also slated for the CPA is Brian Friel's Dancing at Lughnasa, a memory play about five Irish sisters who live in the fictional town of Ballybeg in 1936. Our narrator, the son of one of the sisters, remembers a summer when he was seven, when each of the sisters yearned for something more, even though it would ultimately end in dashed dreams for each of them. Dancing at Lughnasa has been well performed regionally and since it opened at Dublin's Abbey Theatre in 1990, with a Broadway run and numerous Irish and English productions, including a 2009 London production with real-life sisters Niamh, Sinéad and Sorcha Cusack. There was even a movie version starring Meryl Streep as oldest sister Kate in 1998. Fresh off her Off-Broadway triumph with Falling, Lori Adams, ISU's Head of Acting, will direct.

The only fall show in Westhoff Theatre will be Send the Light, a docudrama about the coming of electricity to the countryside, created by Bloomington-Normal resident (and ISU alum) Don Shandow, with songs by another Bloomington-Normalite (and ISU alum) Phil Shaw, and incidental music by David Berchtold. Shandrow, who is also the artistic director at New Route Theatre here in town, previously produced Send the Light in 2007 and again in 2011, with a cast that included local actors like Rhys Lovell and Irene Taylor. I believe it first played at the McLean County Museum of History, and then the Eaton Gallery as part of New Route's One Shot Deal series. This time it will find itself inside the black box known as Westhoff Theatre, directed by ISU faculty Connie de Veer and Michael Vetere. 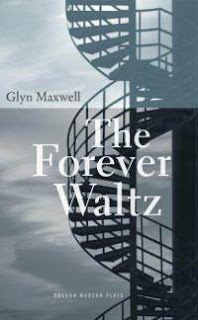 Glyn Maxwell's The Forever Waltz, a contemporary verse play that retells the Greek myth of Orpheus and Eurydice, will be the first show of the season in Centennial West 207. Maxwell is a British poet and playwright whose plays Wolfpit (written in iambic pentameter) and Broken Journey played at New York City's Phoenix Theatre Ensemble. MFA director Leah Cassella will direct The Forever Waltz, which Talkin' Broadway reviewer Lindsey Wilson called "surreal, electrifying and poetic" as well as "more precarious than any murder mystery, more intelligent than any run-of-the-mill updated myth, and certainly more twisted and intriguing than any show I have seen in quite some time."

Centennial West 207 will also house the second half of Tony Kushner's "Gay Fantasia on National Themes," also known as Angels in America Part II: Perestroika, one of the best plays of all time. Angels in America won Kushner a Pulitzer Prize for Drama and two Tony Awards for Best Play (for its two separate pieces), and it hit No. 7 on the American Theatre Critics Association list of "most significant" plays of the 20th Century. And it won another boatload of prizes -- Emmy Awards this time -- when it was made into a stunning 2003 HBO miniseries directed by Mike Nichols and starring (wait for it) Meryl Streep, along with Al Pacino, Justin Kirk, Mary Louise Parker, Emma Thompson, Ben Shenkman, Patrick Wilson and original Broadway star Jeffrey Wright.

Angels in America is an epic tale, set in the 1980s, concerning the AIDS plague, Mormons, Jews, human pustule and power broker Roy Cohn, Ethel Rosenberg, a drag queen turned night nurse, too much valium, the world's oldest living Bolshevik, and, of course, angels. Both parts of Angels in America have recently been revived, with critically acclaimed productions at New York's Signature Theatre (starring Star Trek's Zachary Quinto and Smash's Christian Bohrle) and Chicago's Court Theatre. I've seen both pieces of Angels in a small black box theatre -- Steven M. Keen directed them both at Urbana's Station Theatre some years ago -- and they worked beautifully. The intimacy of the setting provided challenges for Kushner's magical effects but also brought the sweetness and the pain in the story up close and personal. So we'll see what MFA director David Ian Lee does with his Perestroika in CW 207. 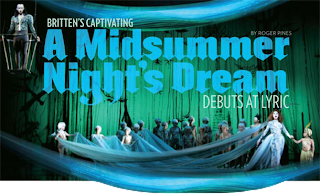 Angels in CW 207 and then... Fairies in the Center for the Performing Arts! ISU professor (and stage movement guru) Paul Dennhardt will direct Benjamin Britten's opera version of A Midsummer Night's Dream at the beginning of 2014. Britten composed the music for this Midsummer, while Peter Pears wrote the libretto based on Shakespeare's play. Although there was a very well-regarded production of Midsummer the Opera at Chicago's Lyric Opera in 2010 (seen above), I am afraid I've never seen it. I did see (and hear) bits of Britten's Noye's Fludde in the movie Moonrise Kingdom, however, and that was charming and wonderful. This season's Midsummer (the play) should wet your whistle for the opera next year. 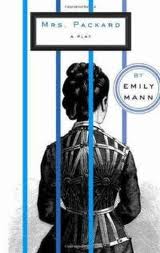 So who is the Mrs. Packard in Emily Mann's Mrs. Packard, scheduled for the CPA after Britten's Midsummer Night's Dream? According to materials at New Jersey's McCarter Theatre, where Mrs. Packard premiered in 2007, she was a real person sent into an insane asylum by her husband in Illinois in 1861. "Based on actual historical events, Emily Mann, author of Having Our Say, Execution of Justice, and many other acclaimed plays, creates a gripping and ultimately triumphant account of one woman's determination to right a system gone terribly wrong." This one will be directed by MFA director Vanessa Stalling, who was at the helm of The Maids last semester. 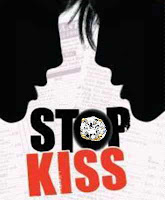 Director Leah Cassela will tackle Diana Son's Stop Kiss, an Off-Broadway hit in 1998 that explores the relationship between two women, Callie and Sara, who are attacked and beaten when they kiss on the street in New York City. Callie walks away with minor injuries, but Sara is more seriously hurt, causing repercussions that fuel the rest of the play. In an interview with Asian Week, Son said, "In the play, Callie and Sara are having their own private interaction when somebody in public is stopping them and saying, 'I have an opinion about you, I’m going to identify you.' That’s an experience I’ve had because of my ethnicity and gender, and certainly, one I’ve had because of my perceived sexuality. One day, my husband and I were walking on the street, and because I have short hair and I had on a suede jacket and jeans, when we stopped to kiss, a guy called us 'faggots.' So I can’t say that only because I am Korean American do I know what this is like; I know it from many points of view." Stop Kiss will play in Westhoff Theatre in 2014. 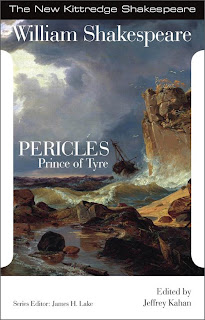 ISU's seasons always include Shakespeare, but the choice for 2014 will be the lesser-known Pericles, which was probably a joint effort between Will S. and a contemporary named George Wilkins. It's got all kinds of maritime mishaps, with pirates and storms and shipwrecks and a missing child named Marina (because she was born at sea). I've enjoyed Pericles both times it's appeared at the Illinois Shakespeare Festival in recent memory, and I look forward to seeing what David Ian Lee does with it in Westhoff Theatre. 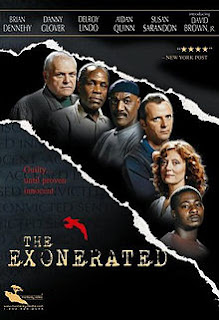 And finishing up the season will be The Exonerated, the gripping true story of six men and women wrongly sent to Death Row put together from interviews, letters and official documents by Jessica Blank and Erik Jensen. "Moving between first-person monologues and scenes set in courtrooms and prisons, the six interwoven stories paint a picture of an American criminal justice system gone horribly wrong and of six brave souls who persevered to survive it." After a successful run on stage, The Exonerated was turned into a TV movie in 2005 directed by Bob Balaban, with a cast that included Brian Dennehy, Danny Glover, Delroy Lindo and Susan Sarandon. The poster image you see at left is from that version of The Exonerated. For ISU, Cyndee Brown will direct this chilling docudrama about everything that can go wrong in the American criminal justice system.