The Cast of BOARDWALK EMPIRE Gets Even Better (with Jeffrey Wright!) 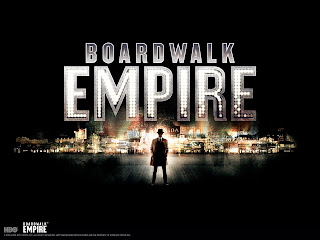 If you haven't seen the HBO series Boardwalk Empire, you've been missing out. Who doesn't like the mix of Prohibition-era gangsters, politics, corruption and Atlantic City diversions that fuel the Boardwalk plotlines? The art direction alone is worth the HBO subscription. If that's not enough, there's the late 20s/early 30s fashion, which is stellar, and the show's cast, which is nothing short of amazing, including Steve Buscemi, Kelly Macdonald, Michael Shannon, Michael Kenneth Williams, Stephen Root, James Cromwell, Dana Ivey, Danny Burstein, Rebecca Luker and Bobby Cannavale in the first three seasons. Since big boss Nucky Thompson's empire extends to entertainment, we've also gotten to see representations of famous performers of the era, with Stephen DeRosa as comedian Eddie Cantor, Erin McGrath as future Broadway star Edith Day, A'lisa Miles as blues singer Mamie Smith, Remy Auberjonois as Hardeen (a magician and escape artist like his older brother Harry Houdini), and Kathy Brier as "Red Hot Mama" Sophie Tucker. All recreated for your viewing (and theater history) pleasure!

Although the show has won twelve Emmy Awards in previous years, it was passed over in some big categories in this year's Emmy nominations. But it did snare nods for director Tim Van Patten and for Cannavale, who played vicious mobster Gyp Rosetti, in the Outstanding Supporting Actor category, along with eight other nominations.

So where else has Boardwalk Empire shown up? Well, when I was in Massachusetts for the Williamstown Theatre Festival last week, I saw a production of Pygmalion with Heather Lind, Boardwalk Empire's Katy, as Eliza Doolittle.

And here in town, actress Nisi Sturgis, who plays Nucky Thompson's sister-in-law June, is appearing in juicy roles (Lady Macbeth, Luciana and Gertrude Fail) in all three shows at the Illinois Shakespeare Festival.

Plus, of course, a sneak peek at Boardwalk Empire's upcoming season has been making the rounds, with one of my favorite actors, the fabulous Jeffrey Wright, showing up and looking irresistible. Wright played Belize in the Broadway and HBO versions of Angels in America, for which he won a Tony, a Drama Desk Award, an Emmy and a Golden Globe. He also appeared in Bring in 'Da Noise, Bring in 'Da Funk, Top Dog/Underdog and A Free Man of Color on Broadway and Basquiat, Casino Royale, The Ides of March, Broken City, and the upcoming Hunger Games: Catching Fire on the silver screen.

On the Boardwalk, Wright will be playing a man named Dr. Arnold Narcisse, a powerful crime boss who claims to be a doctor of divinity and has the rackets in Harlem firmly in his grip. Narcisse now challenges Nucky Thompson's reign as Atlantic City kingpin.

Office Space's Ron Livingston will also join the cast this season, playing a Lothario with his eye on a different part of Nucky's empire.

You can see Wright and Livingston in the Season 4 trailer at HBO's site for the show. Watch out for Wright's silky, dangerous take on "What shall we do, Mr. Thompson? What shall we do?" that portends some ominous days ahead in Atlantic City. It doesn't get better than Jeffrey Wright. And even though I am not a big fan of on-screen violence (of which Boardwalk Empire has plenty), I will definitely be tuning in for Mr. Wright and his Dr. Narcisse.