Sunday on TCM: Celebrating Scores with Fred Astaire, ON THE TOWN, SHAKESPEARE IN LOVE

Turner Classic Movies is pulling out an array of wonderful musical movies during the day tomorrow, then turning to some Academy Award winners as part of Day 29 of its 31 Days of Oscar celebration. The musicals that form TCM's schedule from 5:30 am to 7 pm Central time were also touched by Oscar, with multiple nominations for their music and scoring, and wins, too. 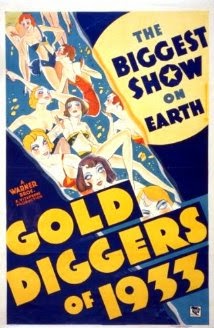 At the crack of dawn, it's Gold Diggers of 1933, one of the best backstage musicals from Warner Brothers. This dizzy, fizzy delight gives us Joan Blondell and Ruby Keeler as wannabe chorus girls, Dick Powell as a songwriter enamored of Ruby, and Ginger Rogers as the girl who sings "We're in the Money" in pig latin.  If you can get up at 5:30 am Central time (or set the VCR), Gold Diggers of 1933 is well worth your time. If you're keeping score, it earned a nomination for Best Sound Recording in 1934. 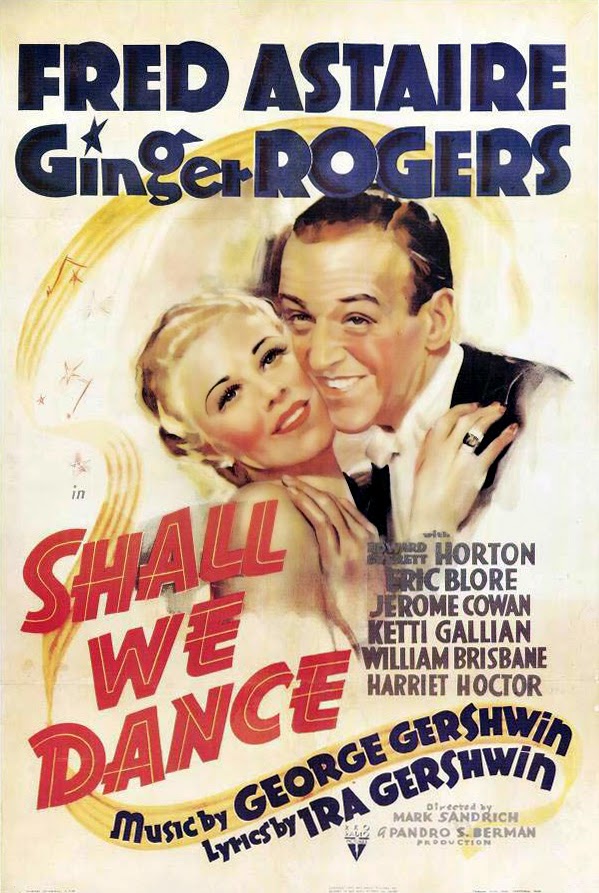 At 7:15 am, Ginger and Fred Astaire take center stage in Shall We Dance, the seventh musical Fred and Ginger made at RKO. The songs are by George and Ira Gershwin, including "They Can't Take That Away from Me" and "They All Laughed." Fred and Ginger even dance on roller skates to "Let's Call the Whole Thing Off." It doesn't get better than that. "They Can't Take That Away from Me" was nominated as Oscar's Best Song in 1938.

If you prefer Fred with Rita Hayworth, you're in luck -- You Were Never Lovelier follows at 9:15 am. In that one, Fred is a hoofer who romances rich girl Rita in Argentina, with songs ranging from "Hungarian Rhapsody" to a series of tuneful Jerome Kern tunes with lyrics by Johnny Mercer. We've moved into the 1940s now, and you can see it in numbers like "The Shorty George." Rita truly is lovely throughout, making the title right on the money. 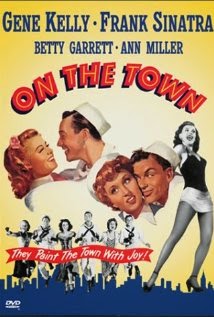 After that, TCM turns to On the Town, the 1949 movie version of a Broadway musical that happens to be playing right now in a well-regarded revival. On the Town won an Oscar in 1950 for its music. You know the drill -- three sailors on leave, Gene Kelly and Frank Sinatra, Gene falls for Miss Turnstiles, lots of high-energy dancing and hijinks, "New, New York, what a wonderful town, the Bronx is up and the Battery's down... " Turner Classic Movies shows On the Town at 11:15 am.

The Music Man is up next at 1 pm, followed by Fiddler on the Roof at 3:45. Although both musicals take place around the turn of the 20th century, Meredith Wilson's score, all "Ya Got Trouble" and "76 Trombones," keeps us in small-town America, while Bock and Harnick's "If I Were a Rich Man" and "Tradition" move us across the ocean to the small village of Anatevka in Russia, where a Jewish milkman tries to figure out how to stick with what he knows in the face of change at every turn. 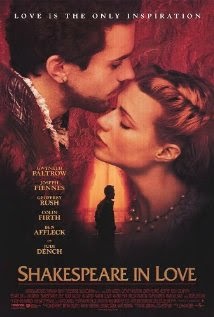 But I'm all about Shakespeare in Love, the magical movie that imagines what Will Shakespeare was doing when he was young and impetuous and trying to write Romeo and Juliet. Or Romeo and Ethel, the Pirate's Daughter. For me, Shakespeare in Love is just about the perfect movie. It's smart and sweet, enchanting and effervescent. Joseph Fiennes is ever so attractive as Shakespeare, Gwyneth Paltrow is better than she's ever been as his love interest Viola, and the depth of the ensemble, which includes Colin Firth, Judi Dench, Geoffrey Rush, Tom Wilkinson, Antony Sher, Simon Callow, Imelda Staunton, Jim Carter and Ben Affleck, is simply astounding. Yes, Shakespeare in Love is pretty much perfect.

All day and all night, TCM is showcasing movies that were nominated or won for their scores. But there's more than just music to recommend these movies. You gotta see these!

Email ThisBlogThis!Share to TwitterShare to FacebookShare to Pinterest
Labels: Fiddler on the Roof, Gold Diggers, On the Town, Oscars, Shakespeare in Love, Shall We Dance, The Music Man, Turner Classic Movies, You Were Never Lovelier