Want to Work on a Community Players Show Next Season? Still Time to Apply! 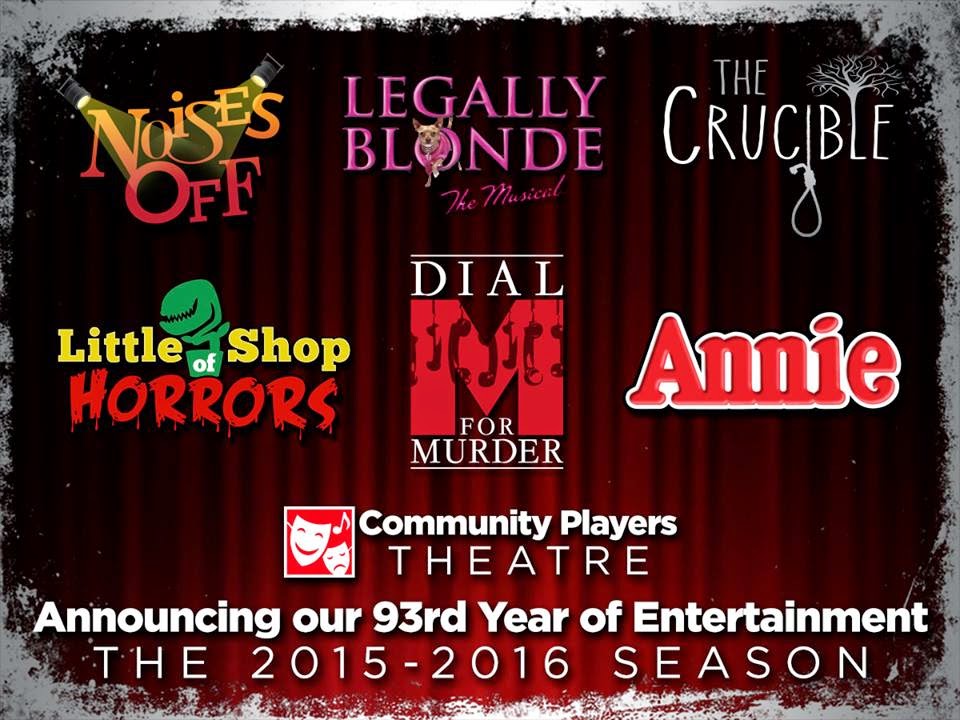 Last month, Community Players made the big announcement of what they'll be putting on stage for their 2015-16 season. Next month -- March 2, to be exact -- is the deadline to send in a staff application if you're interested in playing a part backstage for one (or more) of those shows.

Players will start off their fall season with the backstage farce Noises Off, a 1982 play by Michael Frayn.  Noises Off involves a hapless troupe of terrible players whose show only gets worse -- on and off-stage -- when they take it on the road. Players'  production is scheduled for performances from September 3 to 13, 2015.

Next up is the musical Legally Blonde, based on the popular Reese Witherspoon movie about a seemingly ditsy California sorority girl whose boyfriend dumps her for a smarter woman when he takes off for Harvard Law School. So the blonde decides to follow him to law school to get him back. Legally Blonde will hit Players on November 5 and stick around until the 22nd. 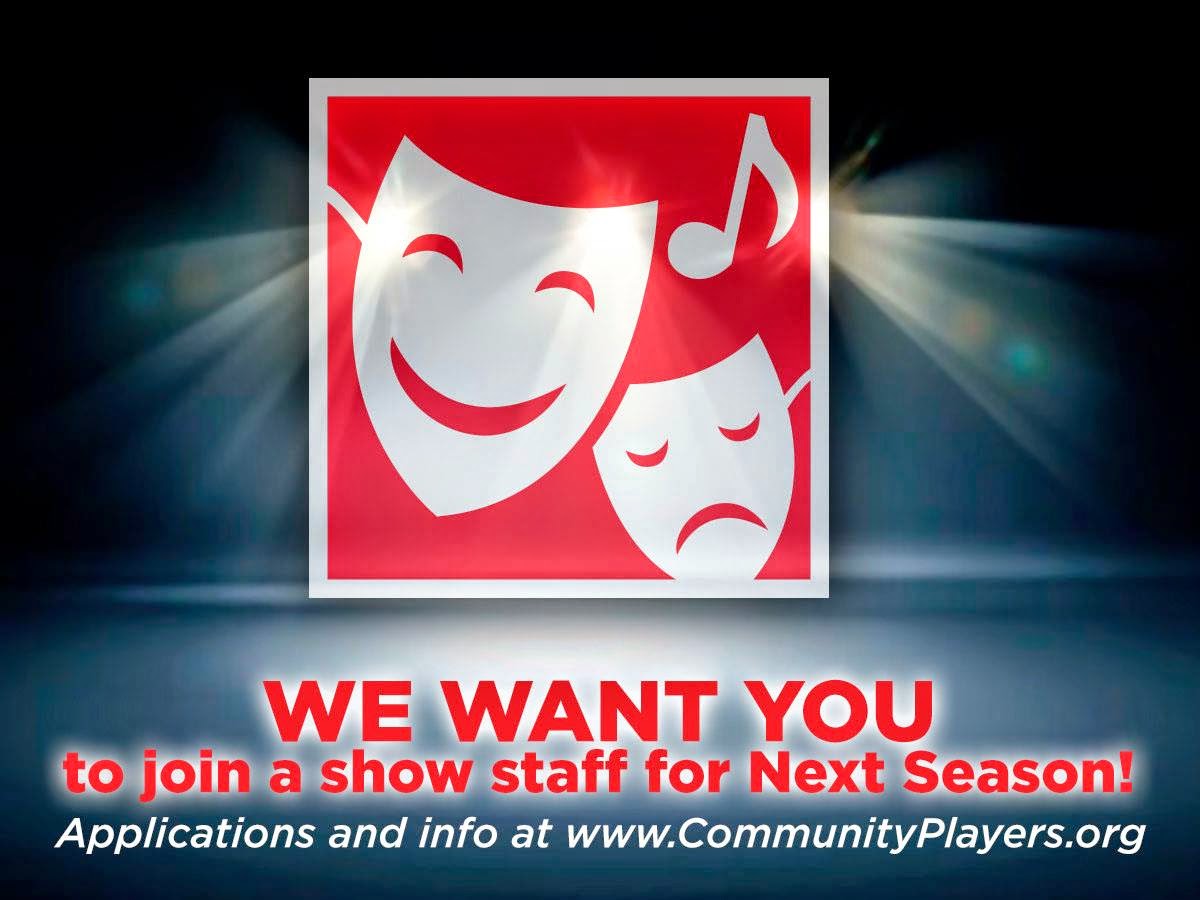 Turning the corner on the new year, it's time for The Crucible, Arthur Miller's version of the Salem witch trials, often considered an allegory of the anti-Communist witch hunts of the 1950s, from January 14 to 24, 2016.

Little Shop of Horrors, the musical about a man-eating plant and a sweet flower store clerk named Seymour who tries to keep it supplied with people, is up in March, 2016. You may remember the original, non-musical Roger Corman movie from 1960, some of the more memorable songs from the stage musical, like the one about a sadistic dentist, the one where the plant demands "Feed Me, Seymour," or the pretty ballad another where Audrey, the girl Seymour wants, sings about finding "Somewhere That's Green." Look for Little Shop in performance from March 10 to 27, 2016.

Then there's the oldie but goodie thriller Dial M for Murder from May 5 to 15 and the musical about the wide-eyed comic strip orphan with the dog -- Annie -- July 8 to 24, 2016.

It's a pretty varied season, with a flat-out comedy, a flat-out drama, a scary mystery, and a trio of musicals that range from pink, pop and peppy (Legally Blonde) to a horror comedy with an ironic edge (Little Shop) and a show with a whole chorus of adorable orphans singing about their "Hard-knock Life" in Annie.

If one or more of those shows is just what you want to work on -- working on anything from costumes or props to lights, sound, set design or construction or run crew, or even directing or producing -- this is your chance to get your application in. You'll find the application here and more info about the process here.
Posted by JulieK at 1:39 PM