WHERE IN THE WORLD IS FRANK SPARROW? Find Out at IWU Feb 17-22

Let's get the title out of the way right off the top... Where in the World Is Frank Sparrow? is both a dramatic question and the title of a 2012 play by an Australian playwright named Angela Betzien. Frank Sparrow was commissioned for an Irish theater, the Graffiti Theatre Company in Cork, Ireland. 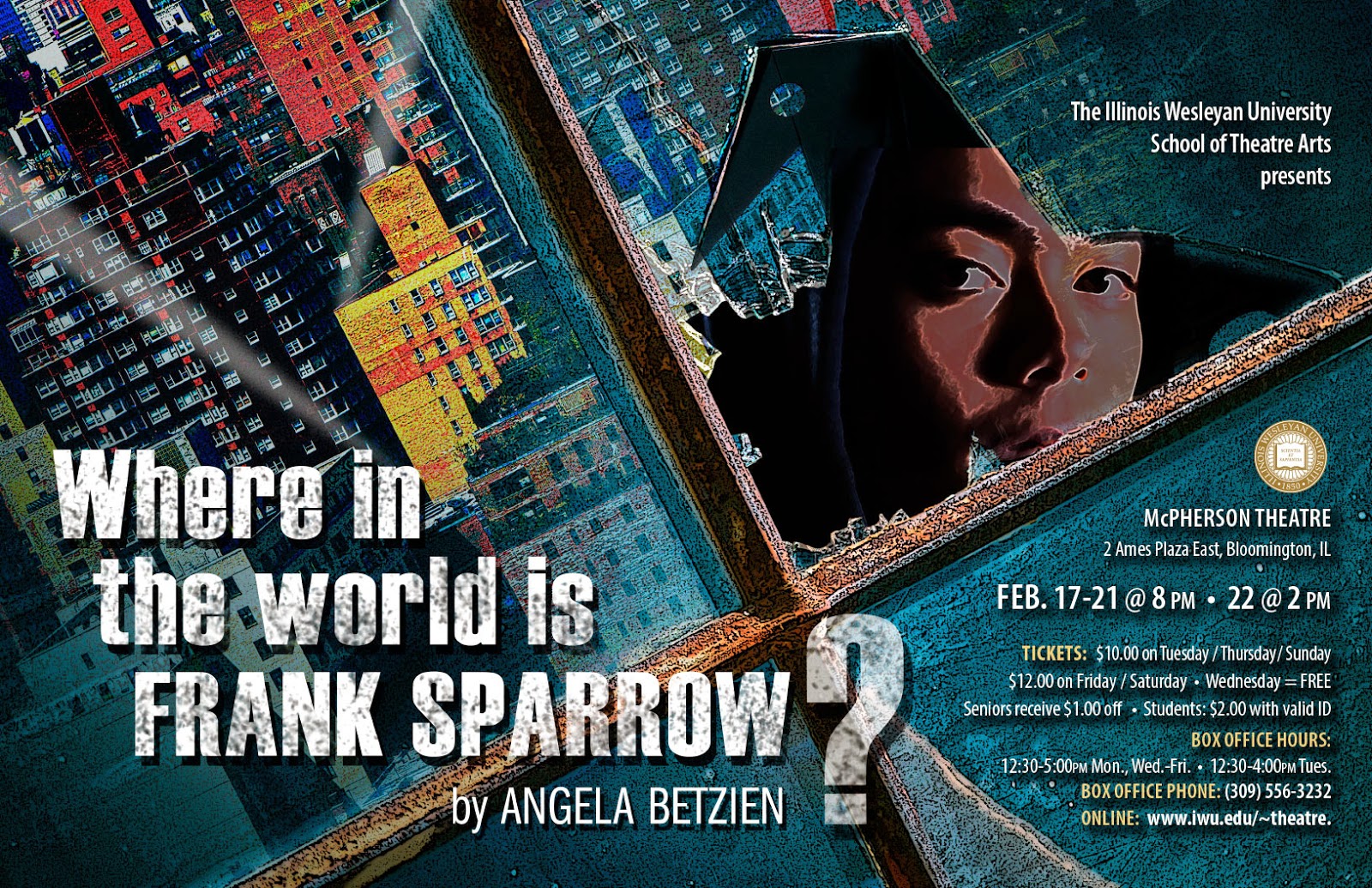 Betzien is frequently referred to as "Australia's foremost writer for teenage audiences" in press materials for Frank Sparrow. She is a founding member of an independent theater company called Real TV, and her plays have been performed at Belvoir Theatre in Sydney, the Sydney Opera House, Melbourne Theater Company, Cortile Theater im Hof in Italy, Dschungel Wien Theaterhaus in Austria, and the ASSITEJ world congress for children’s theatre.

Director Thomas Quinn will bring Betzien's work to the Illinois Wesleyan School of Theatre Arts with Where in the World Is Frank Sparrow?, which sends a young hero on a journey through mean streets and a mythic underworld. So far, it sounds a bit like Naomi Iizuka's Anon(ymous) and Polaroid Stories put together, but IWU is adding puppetry to the mix to create a very different mood.

Milwaukee artist Brandon Kirkham has created the "elaborate" puppets for this event and he also conducted a puppetry workshop with the cast and crew. To give the puppets movement, IWU Associate Professor Jean MacFarland Kerr worked with the cast on choreography, with her colleague in costume design, Marcia McDonald, adding that visual element to the tableau.