FROM STAGE TO SCREEN: Adaptations All Month on Turner Classic Movies

Turner Classic Movies may just be having the best month they've ever programmed. I'm not kidding. Among the groups of movies they're offering this month, there are three different themes that rise to the top. All three are terrific choices.

Character actress Marie Dressler is the Star of the Month, with her movies on Monday nights, including Min and Bill on June 20 and Dinner at Eight on June 27, and director/screenwriter Billy Wilder, who is so revered he's achieved godlike status with up-and-coming moviemakers, is also spotlighted in June, with his fabulous movies screened on Friday nights. This week alone, you'll find Sunset Boulevard, Ace in the Hole and Stalag 17, all cynical and smart and more than worth your time. 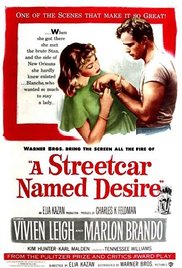 But the really big bonanza is what they're calling Stage to Screen, featuring 69 different movies adapted for the big screen from stageplays. If you're a theater fan, you can see match up how many of these classics you've seen on stage. Tonight you can see Marlon Brando bring his Stanley Kowalski from Broadway to Warner Brothers, with A Streetcar Named Desire on TCM at 7 pm Central time. Director Elia Kazan and costars Kim Hunter and Karl Malden also came from the Broadway production, but Vivien Leigh was a brand-new Blanche Dubois. There was a clash of styles and larger-than-life personalities that somehow worked to the movie's advantage when you see all that tension on screen. You can also understand why Brando became such a star and why Leigh, Hunter and Malden all won Oscars. It's quite a movie.

Also tonight, Miss Julie, a Swedish screen version of Strindberg's famous play directed by Alf Sjöberg, and a filmed adaptation of Ibsen's A Doll's House from 1973, when there were two versions filmed, both with star casts. I'm not sure which A Doll's House TCM has on tap, since their page is short on details. They link to a listing with Jane Fonda as Nora, but I believe the picture they're showing is from the other one, with Claire Bloom and Anthony Hopkins. I guess we'll take our chances and see what we get. Miss Julie is scheduled for 9:15, with A Doll's House at 11 Central. 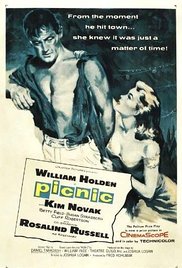 After that, it's Equus, the 1977 film adaptation of Peter Shaffer's play, starring Richard Burton as the psychiatrist and Peter Firth as the boy with the horse obsession, and then Picnic from 1955, which brought director Joshua Logan from the 1953 production to take on the film version, too. William Holden and Kim Novak play the bad-boy drifter and the beautiful woman stuck in a small town. In the early hours of Thursday morning, you can find Cyrano de Bergerac, which won a Best Actor Oscar for its Cyrano, Jose Ferrer, on top of the Best Actor Tony he'd already won, and The Green Pastures, another Pulitzer Prize winning play adapted for the screen. Marc Connelly's "broadly played black miracle play" offers Eddie "Rochester" Anderson and Rex Ingram in its African-American cast. 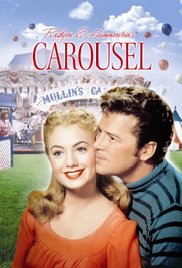 Thursday night the focus turns to musicals, with a line-up of Broadway shows from the 50s, from The King and I to Carousel, Annie Get Your Gun, Guys and Dolls and Kiss Me Kate running from 7 pm to just about 6 am Central. The Student Prince starts up the musical parade again at 7 am, followed by Kismet and Pal Joey. And if you've hung around for all of that, you will find yourself at 1 pm on Friday, ready for a nap before you start the Billy Wilder films at 7 pm.

Keep in mind that that's just this week. The Stage to Screen festival continues with more musicals, Shakespeare, dramas, history plays and comedies all the way through June. Amazing stuff!