Classic Holiday Movies and Where to Find Them This Year 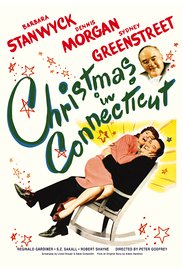 I tend to watch Christmas in Connecticut (the 1945 version) a few times every year around this time. Barbara Stanwyck is irresistible as a popular magazine writer who pretends to be an expert on everything domestic when she hasn't a clue how to keep a house, with Dennis Morgan as the handsome military man who dreams of a homey holiday dinner at her place. To accommodate the war hero, Babs will have to borrow a home in Connecticut, complete with husband and baby, and find a talent for flapjack flipping. "Cuddles" Sakall steps in as a friend who happens to run a restaurant, while Sydney Greenstreet is her demanding boss. This year, TCM will air Christmas in Connecticut Sunday the 11th at 1 pm Central time, at 9 pm on December 15, and at 7 pm on December 24. 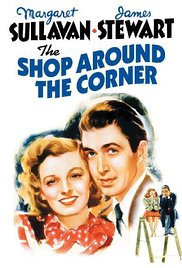 Another romantic comedy I can't do without is The Shop Around the Corner, the sweet, sentimental movie about two shop clerks at a Budapest parfumerie who think they hate each other when they're really in love as pen pals. Like Christmas in Connecticut, The Shop Around the Corner is part of TCM's Christmas Classics lineup, airing December 15 at 7 pm and December 24 at 3:15 pm.

My third must-see rom com is Holiday, the 1938 Cary Grant and Katharine Hepburn charmer where she's a rich girl and he's a self-made man who thinks he's in love with her snooty sister. Unfortunately, Holiday isn't showing up anywhere that I can find it between now and December 31. Not to worry: I have it on DVD because I really, really love this movie and I don't want to spend New Year's Eve without hearing "Happy New Year, Johnny," in Katharine Hepburn's voice. Still... Somebody at some network needs to get cracking and find a slot for Holiday. 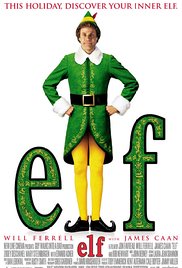 One of my other favorite Christmas movies is Elf, a Will Ferrell vehicle from 2003 that casts him as a full-sized human accidentally raised as an elf at the North Pole. When he sets out to find his real father in New York, things get funny. And sweet. And charming. With Bob Newhart and Ed Asner in supporting roles, Elf can't go wrong. The newly dubbed Freeform network is offering Elf on December 12, 13, 18 and 19. The times are a little wacky (8, 6, 8:50, 5:50) so check your local listings to be sure you know when it starts. Or you can save your Elf for the big screen, since the Normal Theater will screen this holiday classic on Sunday the 11th at 7 pm. 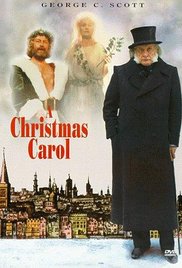 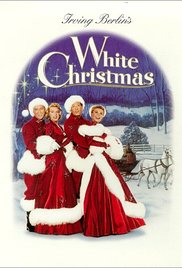 A note about times: I tried to be careful and put everything in Central time, but it is a good idea to double-check what's what for you if you really don't want to miss one of your own faves.

Along with Holiday, I don't see Holiday Inn, Scrooged or the 1947 original Miracle on 34th Street* anywhere on the dial throughout the rest of December, although Scrooged and the Richard Attenborough remake of 34th Street are available on Netflix and Amazon can always hook you up with the others if you really need a copy or an instant view. I'm just happy I have copies of my own so I won't be left out in the cold. Cary and Kate will do acrobatics, Fred will dance with firecrackers, Bill Murray will get smacked with a toaster and little Natalie Wood will believe in Santa Claus at my house, anyway.

Email ThisBlogThis!Share to TwitterShare to FacebookShare to Pinterest
Labels: A Christmas Carol, Christmas in Connecticut, Elf, It's a Wonderful Life, The Shop Around the Corner, White Christmas