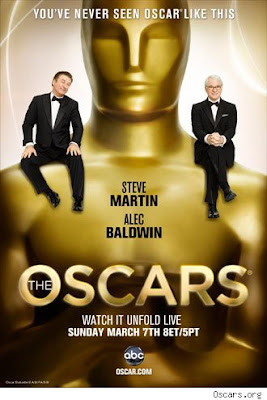 My top pick this month is the quirky little Eric Coble play coming up at Illinois Wesleyan. I was one of the few theater critics who totally loved "Natural Selection" when it was produced at the Humana Festival a few years ago. It's not an easy play, about the end of the world played out at a theme park very much like Epcot Center, with a hapless curator trying to collect an actual Navajo to put on exhibit. As I recall, it had a huge set and scenic effects in Louisville, with a sort of Jetsons apartment, a helicopter and canyons and then a looming glass structure that was cracking and leaking from all the apocalyptic weather conditions. How will IWU create that kind of atmosphere? I don't know, but I'd love to find out. "Natural Selection" will be performed March 8-11 at Wesleyan's E. Melba Johnson Kirkpatrick Laboratory Theatre.

For a different kind of quirky, look no further than the second "Rhinoceros" of the season, playing March 24-27 at ISU's Westhoff Theatre. I was supposed to review the first one, over in Urbana, but the flu kept me away from this absurdist comedy about the perils of conformity. I'm not going to miss this one, I promise.

Community Players is going with "Play It Again, Sam," the Woody Allen comedy about a schlemiel who brings the ghost of Humphrey Bogart alive to advise him on matters romantic. Thom Rakestraw plays the Woody role, while Kevin Wickart tries on Bogie's trenchcoat for size. Look for that one March 5-20.

There are three very different, very intriguing options at U of I's Krannert Center for the Performing Arts this month. First up -- something called "Abraham Inc.," featuring David Krakauer, Fred Wesley, and Socalled, AKA the Klezmer King, a funk pioneer, and the smoothest Yiddish-rapping mix master around, according to the press release. That's TOMORROW NIGHT only.

Then we've got Christopher Durang's "History of the American Film," a goofy mix of old Hollywood stereotypes and icons, all mashed together with music and over the top... Toppings. It should be funny, frothy, silly and lighter than air. Will U of I's theater department pull it off? I'll let you know after opening night, March 4, at Krannert's Colwell Playhouse.

My third choice is the Maly Drama Theatre/Theatre of Europe production of "Uncle Vanya" (presented in Russian with English subtitles) coming to Krannert's Tryon Festival Theatre on March 12th and 13th. My Russian is beyond rusty, but I'd still like to see Chekhov's play done with an authentic Russian feel.

I'm not sure what to make of "The Velvet Rut," James Sill's strange drama about a man in trouble who runs into into a strangely helpful (or maybe just strange) boy scout. Joi Hoffsommer directs Gary Ambler and Maxwell Tomaszewski through the play's odd camping trip to nowhere with a passel of performances from March 4th through 20th.

If you're a Rentaholic, your fave show is on stage from the CUTC (Champaign-Urbana Theatre Company) at the historic Virginia Theater March 11 to 13, while "Father of the Bride" fans can look to Parkland Theatre in Champaign March 3-14 for wedding-related fun.

I have to be honest -- nothing at the Normal Theatre is flipping my switches this month, which is kind of disappointing, it being Oscar season and all. Oh well. If you like the gowns and glam and you're intrigued by the fact that there are ten Best Pic noms this year, don't miss the big show itself on March 7th. I was going to pick "The Hurt Locker," Jeff Bridges and Meryl Streep, but then there was an email scandal about "Hurt Locker," and I just don't care about "Avatar," so maybe I'll go with "Up in the Air" as the surprise choice. Fingers crossed for "Up in the Air."

Some things coming up in this blog: I'll review one or two of my favorite Best Picture winners as well as a movie or two about famous queens for Women's History Month. I will also be looking at the film version of "Finian's Rainbow" in time for St. Patrick's Day, and compare it to the newly released "Finian's" revival cast recording from PS Classics. Sneak peek: The score is gorgeous and Cheyenne Jackson and Kate Baldwin are to die for. Pick up your own copy and share your thoughts on or around St. Paddy's Day.

And if you're finishing off your schedule of what to see in March, don't forget that "Southern Comforts" is still playing at Heartland Theatre through March 7th. I posted a review of that a few weeks ago, so you can check in the archives to read more about it.

Mix in March Madness (that's high school basketball in my household) and it's a pretty packed month, isn't it?
Posted by JulieK at 3:48 PM