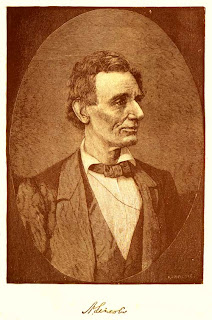 This just in... Jared Brown, former chair of the Department of Theatre at Illinois Wesleyan, is auditioning actors tomorrow (Saturday) from 1-4 pm at the McLean County Museum of History for a play he is directing called "The Affray; Lincoln's Last Murder Case." The play was written by Brown and Robert Bray, R. Forest Colwell Professor of American Literature at IWU who has written extensively on Lincoln.

Brown's last work for the stage was a trio of short plays performed under the title "Three for the Show," produced at Heartland Theatre last October. He also directed.

"The Affray; Lincoln's Last Murder Case" has roles for 10 men of various ages and 1 young woman.

The McLean County Museum of History is located in downtown Bloomington at 200 N. Main Street.