All kinds of Chicago theater companies have announced their fall schedules, with some very intriguing productions on the horizon.

First up -- the amazing Steppenwolf company, known for cutting-edge theater with a rock 'n' roll sensibility. "For Steppenwolf’s 2011/12 season, we are exploring what happens when everyday lives are touched by war," Artistic Director Martha Lavey writes in the press release announcing the new season. "In each of our five plays, war exerts a pressure—sometimes centrally, sometimes obliquely—on the lives of the characters. Against the pressure of war is a great longing for home."

In this "Dispatches from the Homefront" season, Steppenwolf will first offer "Clybourne Park," by Bruce Norris, a sort of prequel and sequel to the seminal play, "A Raisin in the Sun," by Lorraine Hansbury. "Clybourne Park," which recently took top honors at the British Olivier Awards, will be directed by ensemble member Amy Morton and feature ensemble member James Vincent Meredith, someone I remember from his performance in the Station Theater's "Six Degrees of Separation" years ago. He was a terrific actor then; he's a terrific actor now. "Clybourne Park" opens in Steppenwolf's Downstairs Theatre September 8.

For subscription information, click here and read all about all the plays.


The Goodman has also announced its "Red Hot Season," with what they're calling "a sizzling combination of hits, classics and new works."

That combination includes five plays on the big stage in the Albert Theatre, from recent Broadway hits "Red," John Logan’s fierce and unflinching examination of the artist Mark Rothko, and "Race," the David Mamet drama about attorneys dealing with their own issues of race as they attempt to defend a white man charged with raping a black woman, to Tennessee Williams's "Camino Real," Regina Taylor's "Crowns," and one play to be determined later. And there will be three plays in the smaller Owen Theatre, with Danai Gurira's "The Convert" followed by two others plays still to be announced. 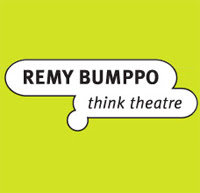 Remy Bumppo has announced three shows next season: the classic "Mourning Becomes Electra," by Eugene O'Neill, adapted by Gordon Edelstein; Marivaux's "Changes of Heart," translated by Stephen Wadsworth and featuring U of I theater alum Linda Gillum; and "Chesapeake," the Lee Blessing play about art, politics and one special dog. 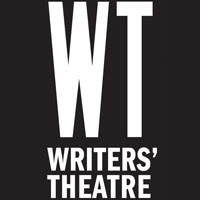