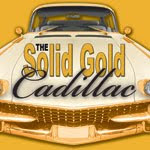 Although we're probably all happy to turn the corner on February and what has been a brutal winter in Illinois, it still seems strange it's already time to preview what's happening in March. Lions, lambs, shamrocks, basketball, Shakespeare... March always offers a lot to choose from, so I hope you have room for some theater, music or movies on your schedule, too.

Please note that I am putting handy links throughout under the titles of the shows if you need more information or are interested in buying tickets, or you may also visit the links under "Stages and Screens" at left for most of these events.

First up, we have two hold-overs from February, with David Auburn's PROOF continuing through March 6 at Heartland Theatre and THE SOLID GOLD CADILLAC, by Howard Teichmann and George S. Kaufman playing through the 12th at Community Players.

The Parkland College production of the delightful fractured fairytale musical ONCE UPON A MATTRESS also continues through the 6th. 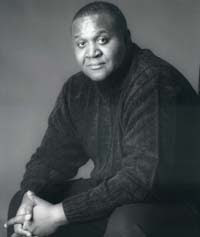 This Thursday, on the 3rd, Chicago playwright, actor and screenwriter David Barr III (shown at left) will be coming to Heartland Community College to discuss his life and work. This event, which is free and open to the public, will take place at 2 pm in Community Commons Building 1407. Barr is a resident playwright at Chicago Dramatists, which means you can read more about him at their site. And there's a lot to read! He truly is a man of many talents and I'm sure this meet-and-greet session will be fascinating.

The University of Illinois Department of Theatre opens their "Bacchanal" version of Shakespeare's A MIDSUMMER NIGHT'S DREAM on the 6th, with 7:30 pm performances Thursday through Saturday, and concluding with a 3 pm matinee performance on the 13th. Lisa Gaye Dixon directs this "riotous, drunken festivity," which sets Shakespeare's play in the Caribbean at Carnival time. The production promises "Soca music, sequins and sweat" as well as "strong adult content including full nudity." Definitely a different take on "A Midsummer Night's Dream," and definitely provocative.

Back in Normal, IWU continues its season with Ionesco's absurdist take on modern life called THE BALD SOPRANO in the E. Melba Kirkpatrick Laboratory Theatre. THE BALD SOPRANO is directed by Nancy Loitz and plays March 8-10 at 8 pm.

The Bloomington Center for the Performing Arts celebrates St. Patrick's Day a week early with a performance presented "club-style" in the BCPA ballroom by an Irish rock band called the YOUNG DUBLINERS on March 10 at 7:30 pm. The Young Dubliners have a "repertoire that spans freewheeling party raveups to traditional Irish pub tunes" and promise a lively show, complete with green beer.

For a completely different take on March, Urbana's Station Theater offers Harold Pinter's BETRAYAL, directed by Celebration Company Artistic Director Rick Orr, with performances from March 10 to 26. BETRAYAL is a backwards play, showing how infidelity and secrets break up a marriage and a friendship, from scenes well past the breakup all the way back to the first splinter of discord. Should be a good one. 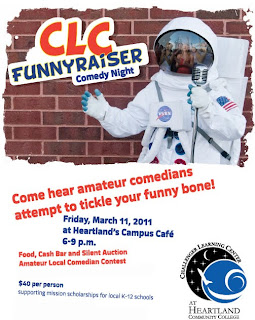 I confess, I've never heard of a FUNNY RAISER, but the Challenger Learning Center at Heartland Community College is putting one on March 11t at 6 pm, just in case you'd like to find out how one raises the funny. It's a comedy fundraiser to benefit the Learning Center at Heartland Community College, with stand-up performances by amateur comedians and local celebs like Todd Wineburner, who'll try to earn your votes with their comedy stylings. Food, drink and silent auctions items will be available. Tickets are $40 and you can purchase them by visiting the link under the words FUNNY RAISER in the first line or calling 309-268-8158.

Back at the BCPA, "This American Life" host Ira Glass brings RADIO STORIES AND OTHER STORIES to Bloomington on March 12th at 7:30 pm. Glass will not only tell his "thought-provoking, heart-tugging and hilarious tales" to local audiences, but also host a special reception sponsored by WGLT and Specs Around Town that seems to feature an eyeglasses design competition. Or maybe art involving spectacles? For all the details on the contest and the reception, click here.

The Normal Theater screens some gems nearer the end of the month, with a mini-Hitchcock fest that suits my taste perfectly. First is STRANGERS ON A TRAIN, the 1951 suspense classic, with Farley Granger and Robert Walker as the men who meet by chance and decide to swap murders, playing March 24 and 25 at 7:30 pm, and then NORTH BY NORTHWEST on the 26th and 27th. NORTH BY NORTHWEST is the one where Cary Grant is mistaken for a spy and ends up hiding out in Abraham Lincoln's nostril on Mount Rushmore. It's also famous for the scene where Grant is dive-bombed by a crop dusting plane and one where he and Eva Marie Saint share a tiny train compartment as the train goes through a tunnel. I love this movie!

ISU doesn't start its March events till very late this month, with Shakespeare's sneaky cheaters comedy TWO GENTLEMEN OF VERONA in Westhoff Theatre March 30 through April 3 and Tom Stoppard's ROCK 'N' ROLL, about the transformative power of Western music in Czechoslovakia in the 60s, 70s and 80s, in the CPA from March 31 to April 9. For ticket information, click here or call 309-438-2535.

And at the very end of the month, the Normal Theater scores a major coup with THE KING'S SPEECH, the newly minted Oscar winner for Best Picture, Best Director (Tom Hooper) and Best Original Screenplay (David Seidler). Colin Firth also took Oscar honors for his performance as Great Britain's King George VI, who overcame a speech impediment to be able to lead his people during World War II. Other nominations honored Helena Bonham Carter as his queen and Geoffrey Rush as the king's unconventional speech therapist, as well as the film's art direction, costume design, editing, sound, score and cinematography.
Posted by JulieK at 12:12 PM