New Fall TV: The Good, the Bad and the Ugly

I like television. I really do. And I'm pretty much of an equal opportunity TV fan, meaning over the years, I have watched and loved all the usual suspects, from cop shows to lawyer shows, sit coms, soap operas, reality TV, sci fi, musical shows, talent competitions, games, variety shows, docudramas, news mags, award shows... 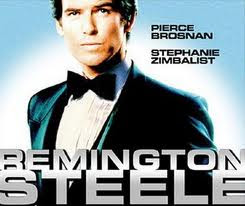 I eagerly await the fall premieres every year, hoping against hope that this will be the year a new "Mad Men" or "Parks & Recreation" or "Downton Abbey" shows up. I'd even take a new "History Detectives" or "Project Runway." (Or, you know, "Remington Steele" or "Arrested Development," favorites of yesteryear.)

So far? Well, if I haven't seen any 4-star shows yet, I have found a few I'd give 2-and-a-half. (And, no, I am not including "Two and a Half Men," a show I have never watched an entire episode of and have no intention of starting now. Although I said I was an equal opportunity viewer, I kind of lied. The smirky, macho comedy boys-will-be-boys shows have never been my thing and I don't intend to subject myself to that now, either. But it's not a new show, even with a new star, and I'm really limiting this discussion to the brand-new stuff.)

Let's just go down the line, shall we? 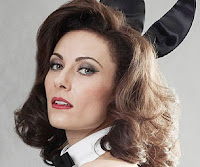 I tried "The Playboy Club," on NBC Mondays at 10/9 Central, hoping for the best since it stars Broadway star Laura Benanti, who is both gorgeous and insanely talented, but alas, I only lasted six minutes before its ham-handed attempt at story-telling and creepy misogyny sent me speeding away. Do I think it's a "Mad Men" rip-off? It wishes it were that good. I wish it were that good. It ain't. My conclusion: Not even for Laura Benanti.

I also tried the much-anticipated new Sarah Michelle Gellar project, a woman-in-jeopardy/identical twins thriller/soap called "Ringer," playing Tuesdays at 9 pm Eastern/8 Central on the CW, Gellar's old "Buffy" network. Gellar plays both Bridget, the twin who has been living a seedy life as a stripper and is now on the run after witnessing a murder, and Siobhan, married to a rich man and doing the sophisticated Manhattan socialite thing. So Siobhan takes a dive and Bridget hides out by pretending to be Siobhan (you can't have an identical twins plot without the two of them switching places), except then Bridget discovers that Siobhan's life is just as dangerous as her own. Uh oh. I watched the entire first episode, so that's something right there. On the positive side: SMG is always watchable, even if neither of her characters here is very compelling or very sympathetic. Plus there are a heck of a lot of cute guys hanging around, with Ioan Gruffudd and Nestor Carbonell at the top of the list. Negatives: Way too many characters introduced too quickly, meaning all those cute guys run together and we're not sure which ones to keep an eye on. None of those characters, including Siobhan and Bridget, are fully drawn, meaning I didn't much care to find out what happened to them. Although 85-pound women are often cast as butt-kicking action heroes on TV, SMG is particularly tough to take as she overpowers and kicks hitmen into trunks without benefit of other-wordly vampire-hunter powers. And there is way too much mirror-gazing. I submit Romance Writer Rule #74, which states irrevocably that Mirror-Gazing Is a Never a Good Way to Advance Plot. My conclusion: Good enough to try once, but probably not a keeper.

Like "The Playboy Club," I only lasted a few minutes with "New Girl," the Zooey Deschanel vehicle on Fox on Tuesdays at 9/8 Central. After "300 Days of Summer," everybody should know that Zooey D. is a love her/hate her proposition. She falls in the Adorable Imp category, where every bat of the eyelashes, every quirky moue, every chirp and warble, makes some people love her, but makes me want to hitch a ride to Haterville. My conclusion: Please don't make me watch her again.

Speaking of Haterville... Someone at the CW thought it was a cool idea to base a show around that. It's called "H8er," and it's on Wednesday nights at 8/7 Central, with real-life "celebs" confronting people who intensely dislike them based on their public personae. I'm not sure about the point of this show, but there is no amount of money that could get me to watch an hour of Snookis and Kardashians converting people who don't like them, so... My conclusion: No, no, and never.

"Up All Night," on NBC on Wednesdays at 8/7 Central, has the benefit of Christina Applegate, Will Arnett and Maya Rudolph, all charming, talented actors, and the burden of being about new parents trying to deal with baby issues like barf and diapers. Mostly it's about having to act like adults because of parenthood and balancing work/family issues. No new ground there. I watched the first episode, finding the performers as cute and funny as expected, and the comedy fresher than I expected. The baby stuff isn't my favorite kind of comedy, but the show was pleasant enough. My conclusion: Not going to make it appointment TV, but I would watch again if it was on and I was home and nothing else appealed to me.

"Free Agents," on NBC after "Up All Night" on Wednesdays, also has a comedy star of note in Hank Azaria, who plays Alex, a recently divorced man who sort of accidentally has sex with a co-worker, played by Kathryn Hahn, and then has to deal with all the awkwardness and fallout. I watched it. I remember nothing. My conclusion: Okay, but only okay.

ABC dips into classic novels, riffing on "The Count of Monte Cristo" with "Revenge," where a young woman played by Emily Van Camp comes back to the Hamptons under an assumed name to destroy the people who betrayed her father years ago. There are some very interesting actors in this one -- Madeleine Stowe and Henry Czerny, for starters -- but I'm not sure Van Camp is a compelling enough actress to carry this kind of premise. Like "Ringer," I watched the whole first episode, but I'm not sure I'll tune in again. My conclusion: Maybe. Maybe not.

The CW strikes again Thursdays at 9/8 Central, with "The Secret Circle," a spooky show about a small town chock full of teen witches and supernatural happenings. Britt Robertson stars as Cassie, the new girl in town who seems to be the key to unleashing a new generation of witchy activity, with Gale Harold as the very scary bad guy who wields fire and explosions against people he doesn't like. This show is too young for me, but perfect for CW fans who want some sort of "90210" meets "The Vampire Diaries" cross. My conclusion: Entertaining, but so not intended for me. 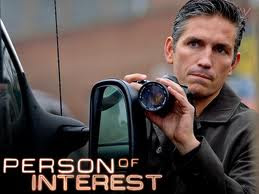 "Person of Interest," with the divine Michael Emerson, has found a spot on CBS's Thursday night schedule at 9/8 Central. Jim Caviezel stars as a former military man who wound up living on the streets in an undefined, post-9-11 dystopic New York City, where there are security cameras everywhere, recording every time somebody sneezes. Caviezel's mystery man is picked up by a rich techno-genius named Finch, played by Emerson, who has his finger on the pulse of upcoming crime. "Person of Interest" has a complicated premise and a dark view of crime and punishment, but it also seemed different from other cops-and-robbers shows out there, with excellent work from both Emerson and Caviezel, as well as Susan Misner as a woman who shows up in the mystery man's memory. I don't think we know for sure that her character is dead, or maybe I'm just hoping. The only downside to "Person of Interest" is that it's scheduled opposite "Parks & Recreation," which I love. My conclusion: The DVR will be kicking in for sure. 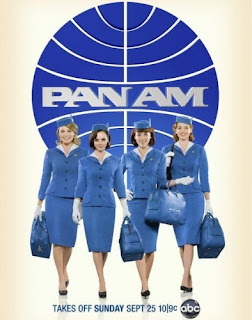 I also liked "Pan Am," the other back-to-the-60s show launching this season. I'm not sure I'm buying the idea that this Retro Flight Attendants show is about female empowerment, but its female characters are at least somewhat intriguing, especially Christina Ricci, who always brings a rich inner life to her characters. The surprise (at least to me) subplot about undercover spies turned out to really spark my interest. "Pan Am" airs Sundays at 10/9 Central on ABC. My conclusion: Yes, I am totally flying those skies.

I am not planning on trying out "Whitney," which looks terrible in its omnipresent commercials, or the reboot of "Charlie's Angels," which I disliked the first time around, or Simon Cowell's heavily-promoted "X Factor," which is so not my thing. That leaves me with "2 Broke Girls," "Unforgettable," "Prime Suspect" and "A Gifted Man," still untried, and four more new shows bowing this week. Will I manage to keep my head above water? Or drown under a flood of premieres?