Once Upon a Midnight Dreary, Mystery Writers Announce Edgar Nominations 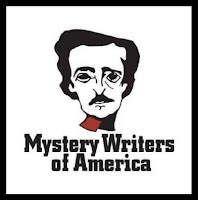 The Edgar Awards, given out annually by the Mystery Writers of America, claim that they are "widely acknowledged to be the most prestigious awards in the genre." Is that true? I have no way of knowing. I do know that there are also Agathas, Anthonys, CWA Dagger in the Library Awards, Nero, Macavity, Shamus, Lambda, Gumshoe, Hammett and Dilys Awards, and country-specific prizes for mystery novels (and novelists) in Canada, Denmark, Finland, France, Germany, Japan, Norway and Sweden, attesting both to the popularity and the excellence of the mystery genre

The Edgars (named after Edgar Allan Poe, of course) have been awarded to standout mystery novels since 1954. Charlotte Jay was the first winner, for a book called Beat Not the Bones, with Raymond Chandler picking up the prize for in 1955 for The Long Goodbye. Ellis Peters, Donald Westlake, John le Carré, Ken Follett, Robert B. Parker, Barbara Vine, Dick Francis, Minette Walters, James Lee Burke and Tony Hillerman have all won Edgar Awards over the years.

This year, you'll see familiar names like Dennis Lehane, Walter Mosley and Elizabeth George on the list of nominations, along with a host of newcomers, vying in categories like Best Novel, Best First Novel, Best Fact Crime, Best Short Story and Best Juvenile mystery. You can see the complete list of nominees, but here's a rundown of the contenders for Mystery Writers of America's Best Novel of 2013:

All I Did Was Shoot My Man
by Walter Mosley

Zella Grisham spent seven years in jail for killing her lover and stealing millions from an insurance company. Now she's out and wants investigator Leonid McGill to clear her name. Did she do it? Can Leonid find out before the house of cards he calls a life falls in?

The Gods of Gotham
by Lyndsay Faye

Set in 1845, near the notorious Five Points area, "The Gods of Gotham" deals with New York City's first police force and all the corruption and violence that came with it. New cop Timothy Wilde has to decide which side he's on when he's confronted with abject poverty, immigrants, child prostitutes and murder.

Nick and Amy seemed like the perfect couple. Till she disappeared. One of the most popular books of the year, "Gone Girl" looks at the question of what happened to Amy from both sides, focusing on guilt, innocence, marital discord, secrets and what lies beneath the surface of beautiful faces.

Live by Night
by Dennis Lehane

As tough guy Joe Coughlin rises on the ladder of crime in 1920s Boston and then Florida, he comes hard up against dames, booze, gangsters, killers and convicts. Joe comes from a family of cops, but his path diverges to rum-running and skirting the law as he rises to from petty enforcer to major bootlegger.

The Lost Ones
by Ace Atkins

Quinn Coulson, an Army vet who is now sheriff in a backwoods county in Mississippi, faces a host of personal issues as well as a terrible case involving child abuse, the business of selling babies, drugs, guns and money, sending him far afield from home.

This clever and amusing thriller (or is it a parody of a thriller?) sends middle-aged schlub Arthur Pfefferkorn, a college professor who once wrote a fairly well-received novel, down a rabbit hole of envy, misplaced lust, international intrigue, secret literary codes, goats and turnips.

John Bekker used to be a cop. Then his wife was brutally murdered in front of his five-year-old daughter, who hasn't spoken since, and Bekker fell off a cliff into alcoholism and despair. When he is forced out of his self-imposed exile by a mob boss once suspected of a connection to his wife's death, Bekker must push past his demons to solve this impossible case.

The Edgar Awards in this and all the other categories will be presented at the MWA banquet on May 2, 2013, at the Grand Hyatt in Manhattan.
Posted by JulieK at 1:13 PM