Neither snow nor sleet nor gloom of night -- nor the turn of the calendar from 2013 to 2014 -- will stay these theaters from the performance of their appointed shows. Here's what's happening on stages and screens (including our television screens) in January: 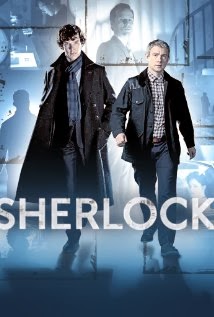 Television is heating up very soon, with Community offering a supersized double episode to open its fifth season tonight on NBC, CBS also gearing up Elementary and a slew of sitcoms tonight, and ABC going with a show called The Assets, about real-life spy Aldrich Ames and the woman out to unearth him. Looking ahead to Sunday, Downton Abbey will bring its brand of classy Brit soap back to PBS, The Good Wife and its snappy legal escapades return that same night with an episode called "Goliath and David," and we'll see about that amnesia thing on the "Homecoming" episode of Revenge over on ABC.

The Golden Globes start awards mania off for the season on NBC on January 12.  After that, American Idol begins its 13th season on FOX on the 15th, the Critics Choice people give out their movie awards on the CW on the 16th, and Benedict Cumberbatch and his Sherlock return to PBS on the 19th. 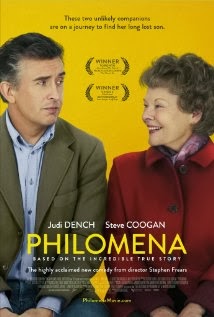 To celebrate the new year and the onset of awards season, Champaign's Art Theater Co-op will be showing Oscar bait Nebraska, with Alexander Payne (The Descendants, Sideways) directing Bruce Dern as a man from Missouri who convinces his son, played by Saturday Night Live's Will Forte, to take him to Nebraska to pick up dubious lottery winnings; Philomena, a tour-de-force directed by Stephen Frears (The Queen) with perennial nominee Judi Dench as a mother who comes to America looking for the son who was taken from her years ago; and Inside Llewyn Davis, with the Coen brothers focusing on a prickly folk musician teetering on the edge of a career in Greenwich Village in 1961. Nebraska is playing tonight through January 9, while Philomena begins tomorrow at 7:30 pm, also ending on the 9th, and Llewyn Davis starts on the 10th. The Art schedules different performances in the afternoons and evenings, so be sure to check their website for times and dates before you go. 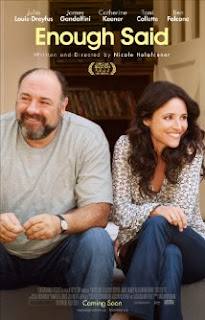 The Normal Theater is also focusing on high-profile recent releases with potential award nominees, with The Book Thief, a good companion piece for The Diary of Anne Frank (see below) since it involves a young girl in Germany during World War II, playing from January 9 to 12; Enough Said, James Gandolfini's last film that has garnered good notices and lots of attention for star Julia Louis-Dreyfus, from January 16 to 19; and All Is Lost, Robert Redford's solo effort about a man lost at sea, from January 23 to 26. 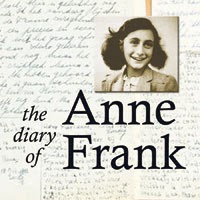 Community Players opens its year with The Diary of Anne Frank, the award-winning play based on the diaries of a young Jewish girl trying to survive hidden in an Amsterdam attic with her family during the Holocaust. Anne Frank takes the stage at Players with a preview on January 16 and regular performances January 17-19 and 23-26. The play linked to above was written by Frances Goodrich and Albert Hackett, but Wendy Kesselman changed it slightly for a 1997 production starring Natalie Portman as Anne, and that's the script Players is using. Veronika Betts will step into those shoes for Community Players, with a supporting cast that includes Nathan Bottorff, Rebekah Easling, Amanda Fisher, Jake Rathman, Tom Smith, Tyler Stark,Tricia Stiller, Paul Vellella, Alan Wilson, Penny Wilson and Tim Zaitseff.

The musical Hello, Dolly! has seen a lot of different Dollies over the year. Carol Channing, Pearl Bailey, Eve Arden, Yvonne de Carlo, Phyllis Diller, Betty Grable, Lainie Kazan, Dorothy Lamour, Mary Martin, Ethel Merman, Martha Raye and Ginger Rogers all played the role, along with, of course, Barbra Streisand in the movie. The original Broadway production ran for seven years and won ten Tony Awards. Everybody loves Dolly! Sally Struthers, who rose to prominence playing Archie Bunker's daughter on the TV show All in the Family, will be Dolly when the show comes to the Bloomington Center for the Performing Arts January 21. Struthers previously played the role of the irrepressible matchmaker in 2005, and has been hoofing it up on tour as Dolly since October of last year. You can see all about this touring version here or check out BCPA info about it here. Trivia note: I saw Sally Struthers on stage sometime in the early 70s when she brought a little piece called A Girl Could Get Lucky to Pheasant Run Lodge, whose playhouse was part of the resort hotel where I worked as a front desk clerk. At the time, we all thought she was way cuter than we expected from TV. And that was the sum total of my critical reaction.

Don't forget that Heartland Theatre is open for submissions for both its New Play projects, with a February 1 deadline for the Fowl Plays 10-minute play competition and entries accepted through May 1 for one-act plays written to fit the Escape theme. This year Heartland is offering a $150 prize to each of the three winning one-acts in the latter contest. All the details on both contests are available under the links in this paragraph.
Posted by JulieK at 3:55 PM