Looking ahead into 2014, we expect things to continue to be crazy, outrageous and unbelievable on our favorite TV shows. That's part of why we keep tuning in, right? Since they've already filmed their episodes, even the most secretive shows have given hints to what's coming. Some of it is pretty mysterious and some just plain annoying. I think my crystal ball is a lot more fun (and a lot more satisfying) than the real deal, anyway. So here are my faux spoilers -- foilers, if you prefer -- to answer some of the burning questions left behind when we last saw our favorite shows. 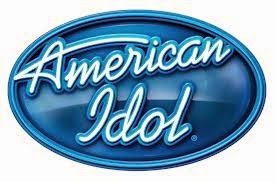 AMERICAN IDOL
Cliffhanger: How will American Idol come back from drooping ratings, limp tour sales and unpleasant, unwatchable judges?
A Modest Proposal: Runners-up Clay Aiken, Lauren Alaina, David Archuleta, Bo Bice, Crystal Bowersox, Diana DeGarmo, Justin Guarini, Kree Harrison, Adam Lambert, Blake Lewis, Katharine McPhee and Jessica Sanchez fight it out Hunger Games style to see who wins the right to perform in a live broadcast of Li'l Abner on NBC at Christmastime. Everyone sings either "I Don't Want to Miss a Thing" or "Against All Odds" every week with the lowest vote getter blasted into space, thrown into a pit with hungry tigers or some other appropriate fate. "Judges" J-Lo, Keith Urban and Harry Connick Jr. get to decide which trial is best for which loser. 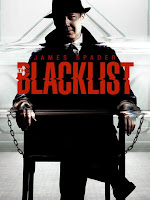 BLACKLIST
Cliffhanger: Why the heck is Red so interested in Liz? He must be her dad, right? And what is the deal with her husband?
My answer: Red is not Liz's father. He is Tom's father! 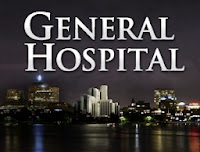 GENERAL HOSPITAL
Cliffhangers: Sonny's in jail because his idiot kid Morgan shot the bodyguard and Sonny took the rap. Robin is back from the dead. And Sabrina is preggers.
My solution: A special flesh-eating bacteria geared to specific DNA, created by Obrecht, takes out Sonny, Carly, Morgan and every reference to Jason remaining in Port Charles. You know, tombstones, leather jackets, motorcycles... This is a very specific and targeted bacteria. Oh, and Sam's son Danny is really another product of a Dante-and-Lulu embryo, so he's fine. Sabrina is really Sonny's child from Lily, who wasn't as dead as she seemed but is now, so Sabs is a goner. Robin and Patrick shed one small tear but are otherwise happy. Emma writes a children's book called "Didgeridoo & You," dedicated to her granddad. 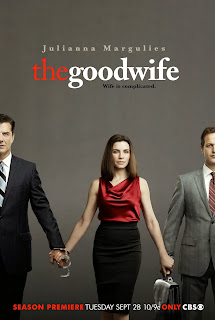 THE GOOD WIFE
Cliffhanger: It's been rough sailing for new firm Florrick Agos as the old one, Lockhart Gardner, won't let go, including all kinds of dirty tricks, crimes and misdemeanors. And the Governor's Ethics chick is preggers.
The perfect pay-off: Florrick Agos hires Bob Benson away from Sterling Cooper & Partners to make a brand new combo law firm/ad agency called Florrick Agos Benson, or FAB. Bob Benson takes care of that little Damian Boyle problem in about three seconds. As for the father of the Ethics chick's baby, I don't care, as long as she goes far, far away. 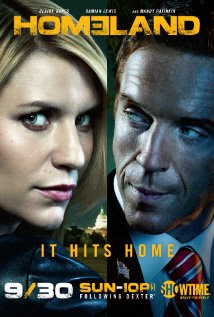 HOMELAND
Cliffhanger: Brody was executed. Saul left government service. And Claire is preggers.
What Should Happen: Brody isn't dead. Claire is pregnant, but when Brody tracks her down, she swears it isn't his. She says it's Saul's! 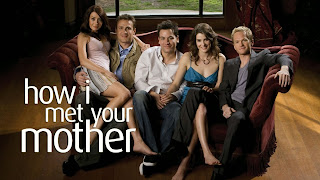 HOW I MET YOUR MOTHER
Cliffhanger: Marshall finally arrived. The mother sent Ted a drink. (You call that a cliff-hanger? This plot is proceeding so slowly Marshall and Lily will be grandparents before we actually see anybody at the altar.)
Happily Ever After: Barney leaves Robin at the altar and she really isn't all that sorry considering what an emotionally stunted cretin he is. Meanwhile, we see a LOT more of the Mother, filling up all that screen time left after Barney's departure. 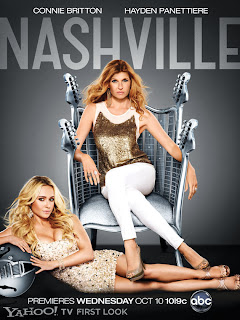 NASHVILLE
Cliffhanger: Teddy's looney tunes wife was shot down. Will was staring down a train, trying to decide whether to off himself because he is living a lie.
The Flip Side: Yeah, I don't care about Teddy or his wife, either. Will is saved by the man of his dreams, Luke Wheeler, who admits that he, too, is gay and the two of them can chart a path together. Deacon's new solo career goes gangbusters, especially when he has a megahit single with his daughter Maddie. Now that she knows the truth about Luke, Rayna hankers in Deacon's direction. Scarlett goes on the road with Gunnar, both pretending it's professional only. Juliette and Avery get together while Scarlett is away, and the two of them become a real power duo. Scarlett and Gunnar sort of wander back together without really paying attention. "Oh, look. We're a couple. How did that happen?" 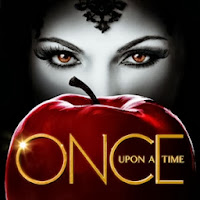 ONCE UPON A TIME
Cliffhanger: Everybody got booted back to the Enchanted Forest. Everybody except Emma and Henry, who were sent to live as a normal life in NYC without any memory of Storybrooke.
The Next Chapter: Emma awakes from hot (and inexplicable, to her) pirate dreams to find out that Henry hears a Who. Who? I'm going with one of the Seven Dwarfs, reduced to 1/100th his normal size and stuck on a dandelion in Central Park. When the Who calls, it will pull Emma and Henry away from their boring real world and back to the Enchanted Forest pronto. 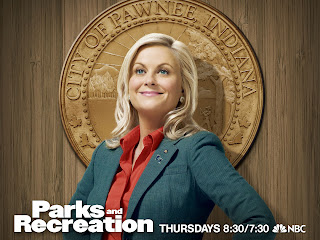 PARKS AND RECREATION
Cliffhanger: Leslie got fired, sending her back to Parks & Rec. Ditto Ben, who flirted with a job as an accountant before also going back to Parks & Rec. Ann and Chris left town.
Justice: Councilman Jamm gets jammed between a giant tooth and a giant toothbrush at a dental conference, getting brushed a little too roughly. He ends up in a coma. Jerry/Garry/Larry is appointed to fill his position. Leslie now has her way with the City Council due to her inside man, Jerry/Garry/Larry. Ben sells his Cones of Dunshire game to German game company Hans im Glück and wins the Spiel des Jahres for it. He also makes a lot of money, which allows Leslie and Ben to buy Sweetums, bringing back Sweetums heir Bobby Newport (Paul Rudd) who must now work as their butler in the wake of his brother, Nick Newport Jr., running off with stepmom Jessica Wicks and taking the Sweetums spokesdog, Shoelace. Nick Jr.'s supposed children Denver and Dakota are revealed to be fakes, anyway 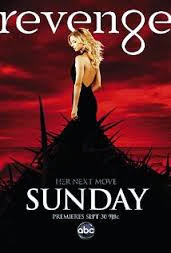 REVENGE
Cliffhanger: Emily got shot and dumped in the sea at her own wedding.
Coming Attractions: Previews tells us Emily is alive and in a hospital, suffering from (dun dun dun) AMNESIA. Well, I say she doesn't have amnesia. Which means she's faking it because she wants REVENGE again. 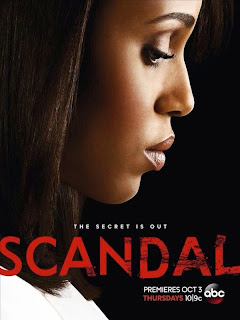 SCANDAL
Cliffhanger: Olivia's mom is alive and back in DC. She's also probably BAD. Quinn went over to the dark side after some dental work from Huck. Jake replaced Olivia's dad at the top of B6-13. Cyrus is back together -- sort of -- with his husband. And the Vice President murdered her husband for sleeping with Cyrus's.
What's Next: Huck gives up the torture biz and helps Jake take down B6-13 from the inside. The VP is bonkers and her job will be taken by... Cyrus! Fitz isn't the real Fitz. When he was sent to Iceland to shoot down that plane, the Russians stole the real Fitz and replaced him with a lookalike mole. Olivia's mum was in on it and now she's the only one who can out him. Well, except for the REAL Fitz. When he shows up, everything is up in the air. Who's President? Who's in love with Liv? Who's the father of Mellie's children? Well, probably Big Jerry.


I can't wait to see if any of this actually happens. Wouldn't that be amusing?
Posted by JulieK at 3:17 PM

Email ThisBlogThis!Share to TwitterShare to FacebookShare to Pinterest
Labels: American Idol, Blacklist, General Hospital, Homeland, How I Met Your Mother, Once Upon a Time, Parks and Recreation, Revenge, Scandal, The Good Wife