As film fans prepare to watch the Oscars tonight, it might be useful to see what happened at yesterday's Film Independent Spirit Awards. Indie films have continued to rise in importance and quality since the Findies began. With nominations and wins for movies like Blue Velvet; Sex, Lies and Videotape; The Secret of Roan Inish; Fargo; Crouching Tiger Hidden Dragon; Memento; Precious and Boyhood; the Film Independent Spirit awards have highlighted just how good indie filmmakers can be, paving the way for innovation in studio films, too.

Sometimes -- as with Oscar favorite Birdman last year and 12 Years a Slave and The Artist before it -- the Spirit Awards seem to go to movies that don't seem all that indie. But this time out, as Indie Wire puts it, the awards "presented a striking contrast to the homogenized, fairly conservative set of Oscar nominees." The Oscars may be #SoWhite," but there was room for more diversity under the tent at the Film Independent Spirit Awards.

British actor Idris Elba, shut out of Oscar nominations, won Best Supporting Male for Beasts of No Nation, Netflix's first original feature film. Filmed in Ghana, Beasts tells the harrowing story of boy soldiers pushed into war and violence. When Elba won his award, he brought Abraham Attah, the African teenager who played the lead role in Beasts of No Nation -- his first time as an actor -- up on stage with him to celebrate, but when it came time for the Best Male Lead award, Attah won, too, earning his own time on stage. In addition to acting, Elba was one of the producers on the film, which was nominated for five awards.

Brie Larson, who is expected to win Best Actress at tonight's Oscars for her performance in Room, took Best Female Lead at the Spirit Awards, as well. Best Supporting Female went to Mya Taylor for Tangerine, a movie shot entirely on iPhone 5s, involving two transgender prostitutes on a quest in Hollywood on Christmas Eve. 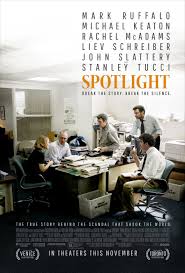 Spotlight, the story of how reporters at the Boston Globe doggedly investigated allegations of molestation and abuse within the local Catholic diocese, took several key awards, including Best Feature, Best Director for Tom McCarthy, Best Screenplay for McCarthy and Josh Singer, and Best Editing for Tom McArdle, as well as the Robert Altman award, given to the director, the casting director and the ensemble cast.

Other awards were spread around more. Ed Lachman took Best Cinematography for Carol, Emma Donoghue won Best First Screenplay for the script of Room, and Marielle Heller and her film The Diary of a Teenage Girl were recognized as Best First Feature. 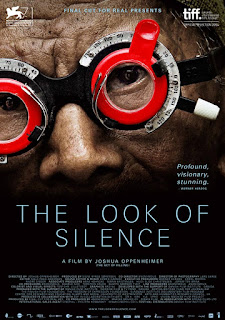 The Look of Silence, about genocide in Indonesia, won Best Documentary, while Hungary's Son of Saul was named Best International Film.

The John Cassavetes Award, for the best feature film made for under $500,000 went to Krisha.

The Hollywood Reporter has the complete list of winners here. If you want to see all the nominees and winners listed by category, the Spirit Award nominees page has the list.
Posted by JulieK at 1:44 PM