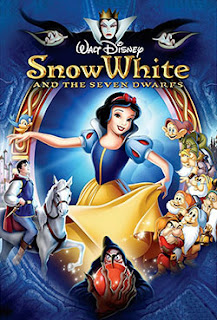 How long has it been since you saw Walt Disney’s animated classic Snow Whiteand the Seven Dwarfs? Fairytales on film and TV continue to be popular -- Snow herself is one of the main characters in ABC's Once Upon a Time, plus Kristen Stewart played her in 2012's Snow White and the Huntsman and the Internet Movie Database shows over a hundred other pieces with "Snow White" in the title -- but it's the 1937 version of Snow's story that sets the standard. This Snow White was, after all, the first full-length animated feature film released by Walt Disney Studios and the first movie to release a soundtrack album. That album reflected how popular the movie's charming score became, with memorable songs like "Whistle While You Work," "Heigh-Ho," and "Some Day My Prince Will Come," written by Frank Churchill and Larry Morey just for the movie.

In recognition of the movie's place in film history, and also to determine if there's interest in offering more child- and family-friendly events at the Illinois Central College Performing Arts Center, Arts at ICC will show the 1937 Snow White and the Seven Dwarfs on Friday, July 29 at 6:30 pm. Tickets are a little more than 1937 prices, but at $1 for everybody over two, you still can't beat the price. Anybody younger than two can get in for free. They will also be offering concessions, although there's no word on whether those will follow the $1 theme.

Because this event is a test to gauge general interest in Arts at ICC doing more family-oriented events that appeal to smaller children, they will be handing out a survey at this movie. If you don't make it to the movie, but you want to give them some input on the subject, you can find the survey online at ArtsAtICC.com/kids.

For tickets or more information, visit ArtsAtICC.com or call the ICC Performing Arts Center Box Office at 309-694-5136.
Posted by JulieK at 12:51 PM

Email ThisBlogThis!Share to TwitterShare to FacebookShare to Pinterest
Labels: Arts at ICC, Snow White and the Seven Dwarfs, Walt Disney