Hot Fun in the Summertime on Stage and Screen in July

June may be gone, but the summer is just getting started when it comes to entertainment. You can keep yourself occupied every night (and a few days) if you want to, and that's just with the few things I've collected here. There's plenty more out there, believe me.

But for now, here are some highlights that jumped out at me. 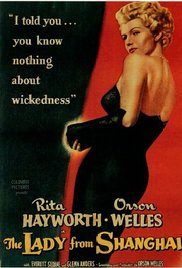 The Lady From Shanghai, Orson Welles' fun-house mirror of film noir crosses and double-crosses, plays at Champaign's Art Theater Co-op tonight and tomorrow night, and then again on the 7th and 17th. Welles directed and stars alongside Rita Hayworth, the screen siren he was married to at the time, even though Welles made her cut her hair and dye it blonde, which isn't really her best look. And Welles has his own nose in this one, which is quite unusual! 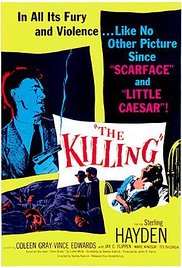 The Art follows that with another piece of film noir, this time The Killing, written and directed by Stanley Kubrick. The Killing was released in June, 1956, making it 60 years old. It involves some petty crooks trying to pull off a racetrack heist, with complications from a no-good dame and a too-big suitcase. The film's star is Sterling Hayden, the precious-bodily-fluids-obsessed general in Kubrick's Dr. Strangelove, but you'll also see Vince Edwards, TV's Dr. Ben Casey, Elisha Cook, Jr., who had a memorable role in Casablanca, and comedian Rodney Dangerfield in a small role. The Art Theater Co-op is offering The Killing on July 8, 9, 10 and 24. See all the details here. 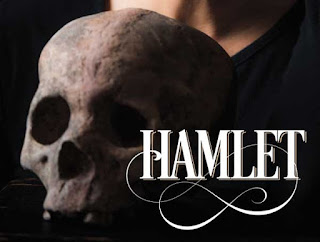 It's almost time for the Illinois Shakespeare Festival, which kicks off its summer season at Ewing Cultural Center with previews of Twelfth Night on July 5, the Broadway play Peter and the Starcatcher on July 6, and Hamlet on July 7. Those three plays run in repertory through August 13, with extras like Philip Dawkins' new children's play Rodeo at 10 am on Wednesdays and Saturdays all summer, and the Improvised Shakespeare Company performing July 17, 24, 31 and August 7 at 5:30 pm. If you'd like to see ticket information, it's right here.

Community Players' production of Disney's Beauty and the Beast starts with a preview July 7, followed by performances Thursdays, Fridays, Saturdays and Sundays through July 24. To create this "tale as old as time," director Alan Wilson has assembled a cast that includes Kiera Martin as Belle, Sean Stevens as her Beast, Alex Knightwright as oh-so-wrong man Gaston, Jennifer Stevens as Mrs. Potts, Jaden Ward as her son Chip, and Joe McDonald as Lumiere, the candlestick butler who sings "Be Our Guest." 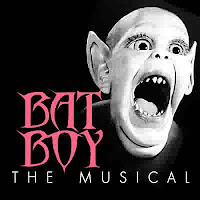 The Station Theatre brings Bat Boy: The Musical to its cozy confines starting July 14, with Mikel L. Matthews, Jr. directing Evan Seggebruch as the Bat Boy himself. This "dark and hysterical look at how we deal with those unlike us" hangs around at the Station until August 6.

The Mike Dobbins Memorial New Plays from the Heartland -- new one-acts from Midwestern playwrights performed as staged readings -- are on stage July 15, 16 and 17, with director Cyndee Brown at the helm this year. Winning plays on the theme "A Key" are Key Ring by Steven Peterson from Chicago, Good Morning, Miriam by Jacquelyn Priskorn of Troy City, Michigan, and päzədiv (Positive) by Chicago's Alyssa Ratkovich, an ISU acting alum who appeared in Heartland's 10-Minute Play Festival more than once while she was in town. This year's guest playwright, who will conduct a master class for the winning playwrights and offer an open forum at the theater on Ju;y 14, is Mia McCullough, author of the play Chagrin Falls as well as a new book about creative writing.

The summer season at the Midwest Institute of Opera kicks off with excerpts from Humperdinck's Hansel and Gretel on July 25 and 27, followed by Poulenc's Dialogues of the Carmelites, featuring the Metropolitan Opera's Heidi Skok, on July 28 and 30, and Verdi's Falstaff on the 29th and 31st. All MIO performances will be held in Illinois State University's Center for the Performing Arts Concert Hall. For more information, check out the Midwest Institute of Opera website.
Posted by JulieK at 1:54 PM