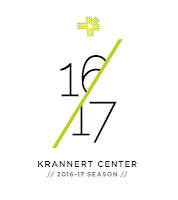 When the fall semester begins at the University of Illinois in August, the new season of Illinois Theatre, the producing arm of the University's theatre department, will also begin. Tickets go on sale August 3 for a collection of plays "whose themes pose questions related to the nature of identity, family, history, and the stories people tell themselves to help make sense of their lives." What's on the schedule in 2016-17?

Going Broader and Deeper: New Play Reading
September 16, 2016, in the Studio Theatre
Illinois Theatre is presenting new play readings "in order to hear the voices of new playwrights–and in particular, writers from underrepresented populations." They will be offering a reading of a brand-new play each semester, with the hope of creating a discussion about these new works. 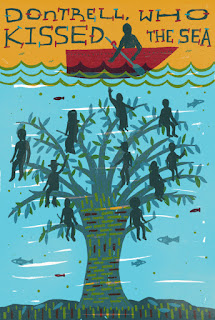 Dontrell, Who Kissed the Sea, by Nathan Alan Davis
September 29–October 1, October 8–9 and 11–14, 2016 in the Studio Theatre
Guest director Tyrone Phillips, who earned his BFA at U of I, will be at the helm of this "contemporary quest that aims to redress transgressions of the past through a distinctive blend of poetry, humor, and ritual." Playwright Nathan Alan Davis is also a graduate of the Illinois Theatre program. Dontrell, Who Kissed the Sea was a finalist for the ATCA/Steinberg Prize in 2015. 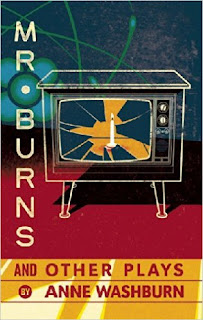 Mr. Burns, A Post-Electric Play, by Anne Washburn
October 13–15 and 20–23, 2016, in Colwell Playhouse
Yes, the Mr. Burns in the title is that Mr. Burns, the evil millionaire from The Simpsons. Anne Washburn's play was one of the most talked about pieces of drama in years when it began at Woolly Mammoth Theatre in Washington DC in 2012 and then moved to New York's Playwrights Horizon in 2013. In Washburn's view of our dystopic future, the people left after an apocalypse reenact a Simpsons episode to entertain themselves. And after that... As the years go by, what was pop culture becomes mythic and powerful. Lisa Gaye Dixon directs this unusual, imaginative play. 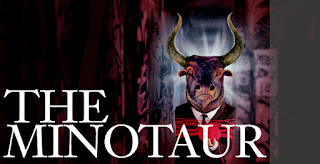 The Minotaur, by Anna Ziegler
October 27–29 and November 1–6, 2016, in the Studio Theatre
In the classic Greek myth, Theseus is out to slay the monstrous half-bull, half-man Minotaur to fulfill his destiny as a hero, and he must negotiate a huge labyrinth to make it happen. Let's just say all would've been lost if Ariadne, the Minotaur's half-sister, hadn't fallen in love with Theseus and provided a big ball of string to help him work his way out of there. Anna Ziegler has written a modern version of this myth, putting Ariadne at the center of the action as she must choose between family loyalty and the man she loves, with a chorus of a priest, a rabbi and a lawyer looking on. Tom Mitchell will direct Ziegler's play for Illinois Theatre. 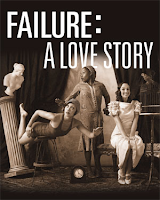 Failure: A Love Story, by Philip Dawkins
February 2–4 and 7–12, 2017, in the Studio Theatre
JW Morrissette directs Dawkins' fun, fizzy and ultimately sad look at three sisters, Nelly, Jenny June and Gerty Fail, who live in a quirky clock-filled house in Chicago in the 1920s. There is nothing realistic about Failure: A Love Story, but its story feels poignant and heartfelt, as the sisters continue to come up short at life and love. Failure: A Love Story was part of the Illinois Shakespeare Festival's summer season three years ago. 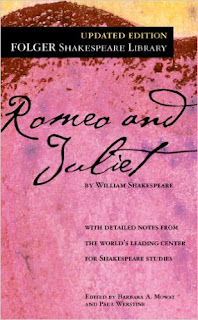 Romeo and Juliet by William Shakespeare
March 2–4 and 9–12, 2017, in Colwell Playhouse
Shakespeare's tale of woe about teenage love gone wrong will be directed by Robert G. Anderson, himself a fine Shakespearean actor. For Illinois Theatre, expect a contemporary setting and a transformation of Colwell Playhouse. They've done Macbeth backwards there (with the audience on the stage and Birnam Wood coming to Dunsinane through the seats) so anything is possible. petuous love.

Iago’s Plot
March 30–April 1 and April 4–9, 2017, in the Studio Theatre
Shozo Sato is a Master of Zen arts and emeritus faculty member at the University of Illinois. His Kabuki infused performances of Shakespeare are highly dramatic and theatrical, with Iago's Plot bringing his distinctive style to Othello. In the play, Iago schemes to bring down his commander, Othello, after he feels he's been passed over for a promotion. That scheme involves Othello's wife, Desdemona, as Iago works to convince Othello that his wife has been unfaithful.

For more information about the upcoming Illinois Theatre season as well as the rest of the 2016-17 season at Krannert Center for the Performing Arts, click here. And remember -- tickets are on sale for all of it starting August 3.
Posted by JulieK at 8:39 PM