HARRY POTTER AND THE CURSED CHILD Released at Midnight Saturday

Nine years and ten days after the release of Harry Potter and the Deathly Hallows, the seventh volume in J. K. Rowling's series about a boy wizard defending the world of magic, there will be a new book about Harry's adventures. It's not a novel, however, but the print version of a two-part play called Harry Potter and the Cursed Child, currently playing in London's West End. 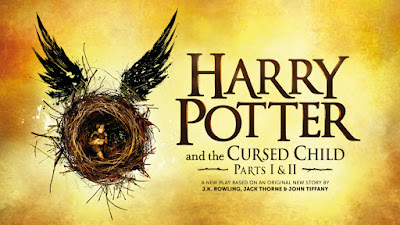 The play, written by Jack Thorne and based on an original story by Rowling, Thorne and John Tiffany, has been in previews at the Palace Theatre in London since June 7 and doesn't officially open till July 30, but it's already a smash, with great reviews and rumors that there are plans to bring the production to Broadway next year after a Toronto North American premiere.

Harry Potter fans who won't have a chance to see this new chapter in the Potterverse in person can still get their hands on what's being called "a special rehearsal version" of the script when it's released at midnight on July 30, at the precise moment the clock ticks over to July 31. That means Saturday night at midnight, with bookstores (including the Bloomington, Champaign and Peoria Barnes and Noble stores) planning special events. Barnes and Noble even has an online clock counting down the seconds if you need to keep track. They've also reported that preorders of the script have broken their records for that sort of thing, so yours may very well be on the way.

If you need to occupy yourself until Saturday, you can re-read the older books, catch up on the latest news or sort yourself at Pottermore, where all kinds of goodies are available.

Until then... Ravenclaw and Horned Serpent forever! 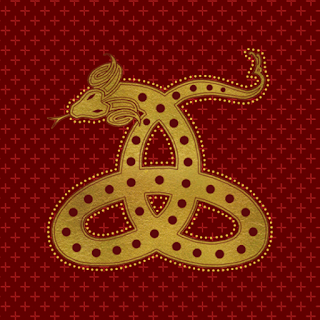