PBS has announced its upcoming season, offering new and returning series, miniseries, special events and performances. And that season includes some of my favorite things.

One of the biggest new stories about the new season is the ten-part documentary miniseries from Ken Burns and Lynn Novick. Episodes of The Vietnam War are set for September 17 to 21 and 24 to 28 on WTVP in Peoria or WILL in Urbana. These episodes will include "testimony from nearly 80 witnesses, including many Americans who fought in the war and others who opposed it, as well as Vietnamese combatants and civilians from both sides." 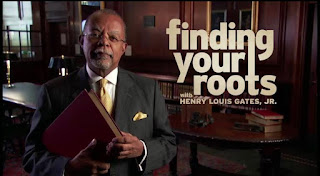 If you're a genealogy buff -- or even if you aren't -- you'll find the October 3 season premiere of Finding Your Roots of interest. Henry Louis Gates Jr. hosts this fascinating search into the family history of an intriguing group of people that includes actors Aziz Ansari, Lupita Nyong’o, Paul Rudd and Scarlett Johanssen, writers Ta-Nehisi Coates, Garrison Keillor and Janet Mock, musicians Carly Simon and Questlove, TV hosts Dr. Phil and Bryant Gumbel, director Ava DuVernay, athlete Carmelo Anthony, and a host of other celebrities. 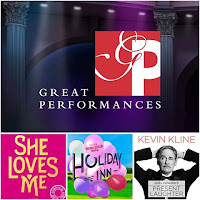 Great Performances comes back in October, as well, with the effervescent Broadway musical She Loves Me, starring Laura Benanti and Zachary Levi, up first on October 20, followed by Noël Coward's classic comedy Present Laughter, which won Kevin Kline his third Tony, on November 3. They'll bring Indecent, a new play from Paula Vogel about a real incident in theater history, to our TV screens on November 17, with Holiday Inn, the stage version of the Bing Crosby/Fred Astaire movie musical, on November 24. Two Lin-Manuel Miranda-related encores -- performances mixed with behind-the-scenes documentary info for In the Heights -- Chasing Broadway Dreams and Hamilton's America -- finish up the Great Performances schedule, broadcast on November 10 and December 1.

For all the details on these programs as well as more Great Performances, American Masters, Frontline, Live from Lincoln Center, Masterpiece, Nature, Nova, Space and special events like David Letterman receiving the Kennedy Center Mark Twain Prize on November 20, click here to see the whole line-up.
Posted by JulieK at 5:02 PM