For Anyone Who Thinks Writing a New Play Should Be Simple... 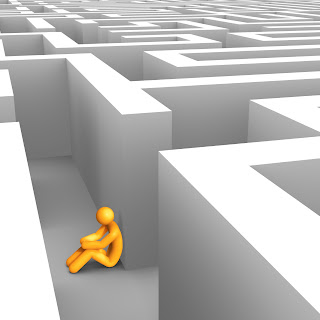 As part of its mission to recognize and support new plays and playwrights, Heartland Theatre Company has announced the theme and details for its 2011 "New Plays from the Heartland" playwriting competition. Heartland is looking for short one-act plays from playwrights in eight Midwestern states (Illinois, Indiana, Iowa, Kentucky, Michigan, Missouri, Minnesota and Wisconsin) on the theme of "I thought it would be simple."

Performances will be in the form of staged readings on Friday, May 13 and Saturday, May 14, 2011 at 7:30 pm. Heartland's Managing Artistic Director Mike Dobbins will cast and direct the plays.

Here's how Heartland defines its theme:

"It seems like a no-brainer. Putting a bike together. Finishing your novel. Asking her to marry you. Telling him to move out. Staging a coup to take over the garden club. But just when it’s looking like a walk in the park, things have a way of getting complicated.

It should be a piece of cake to write us a one-act, on any subject you like, as long as it includes the line I thought it would be simple.

At the beginning. In the middle. At the very end. I thought it would be simple.

Whispered. Shouted. Written on the blackboard. Carved into the side of the baby bed that was supposed to go together in three easy steps.

I thought it would be simple.

Did you? Did you really?"

Entries are due January 1, 2011, and those in by December 1, 2010, may be offered revisions if the judging committee feels it would enhance their chances of qualifying for the competition. For more information on all the rules and regulations (and to make sure that your entry is right on target) visit Heartland’s website.
Posted by JulieK at 1:25 PM