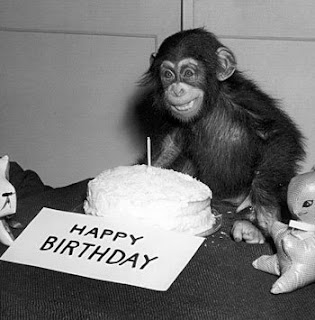 My birthday and my anniversary fall in August, making it my favorite month. I get cake and presents and then more presents. What's not to love? I'm lucky that the entertainment options are good this month, too, which means I get to pick what I want to see and where I want to go and not even worry if my husband will like what I chose. Why worry? August is all about me!

So what am I looking out for?

First and foremost, the fabulous “Dr. Strangelove, or How I Learned to Stop Worrying and Love the Bomb,” directed by Stanley Kubrick and starring Peter Sellers, George C. Scott and the adorable Slim Pickens, plays at the Normal Theater on Thursday, August 5th and Friday, August 6th. This is a Do Not Miss. DO NOT MISS. If you love movies, you have to see “Dr. Strangelove” on the big screen. This Cold War story of nuclear politics, leftover German rocket scientists, the military run amok and no fighting in the war room is funny, scary and totally brilliant. We’ll meet again, Dr. Strangelove. We’ll meet again.

Speaking of 1940s music, Prairie Fire Theatre brings us “I’ll Be Seeing You,” subtitled “The Best of Lloyd Farlee’s Salute to the 1940s” August 6th through the 14th, with all performances at the First Presbyterian Church of Normal at 2000 East College Avenue. I saw their “I’ll Be Seeing You” revue the first time, and it was full of music my mother loved, like the title song, as well as some Crosby and Hope shtik and other classic patter between songs. It reminded me a great deal of my mom, and I found it quite emotional for me for that reason. Farlee himself was at the piano when Prairie Fire first did his show, and bringing it back seems to be a memorial of sorts for this beloved member of the Bloomington-Normal community who passed away in 2007.

Champaign-Urbana Theatre Company, also known as CUTC, will offer the musical “Footloose” on stage at Parkland College Theater from Thursday, August 5th to Sunday, August 15th. Jaise Allen plays Ren, the boy who wants to get footloose, with Asia Woodward as Ariel, whose dad says no to dancing and to Ren. CUTC is offering tickets on-line now, if you click on the button on their website’s main page.

I happen to be a big fan of reading, so I’m intrigued by the Missoula Children’s Theatre and its pop musical version of “Robinson Crusoe” coming to the Bloomington Center for the Performing Arts on Friday, August 6th at 7 pm. As the BCPA describes it, “This new adaptation of the classic story takes place on Robinson’s island years after his shipwreck. The island has become a tourist destination centered around a lovable singing leopard, a tribe of natives known for their colorful coifs, Friday’s Seaside Resort and, of course, the legend of Robinson Crusoe. But all is not perfect in paradise, and the story teaches the lesson that our differences need not stand in the way of our friendships.” It also has lessons about the difference between sitting in front of the tube and experiencing a story on the page, with the ultimate message that “[u]nlike TV and movies, which provide every detail, a book allows the reader the luxury and the joy of imagination.”

“The Girl Who Played with Fire,” the second film in the Swedish “Girl Who” trilogy – I reviewed the first film here – comes to Champaign’s on August 20th. I’m not a big fan, but the books have been ridiculously popular, so I thought I would let you know where you can see the second one the most quickly, if you’re so inclined.

The Original Wailers, a group founded by two members of Bob Marley’s original band, guitarist Al Anderson and lead vocalist Junior Marvin, will be coming to the Bloomington Center for the Performing Arts’ outdoor stage on August 28th at 6:30 pm. The band will play all of Marley’s most familiar songs, including “Get Up, Stand Up,” “Waiting in Vain,” “I Shot the Sheriff,” and “No Woman, No Cry.” They’ll be joined by opening act e3po, a “reggae rawk” band from Chicago’s south side. The concert will take place on the BCPA Green, which is located on the corner of Douglas Street and Northbound Business 51, directly south of the BCPA. General admission tickets are $10.

Also on the 28th, University of Illinois’s Department of Theatre opens up its Krannert Center costume vaults for its Biennial Costume and Prop Sale. You can pay $3 and get first crack at the Viking helmets and dragon’s tails from 9 am to noon, or enter for free at 1 pm. I once found a hoop skirt and a Regency mermaid dress at that costume sale, although pickings have been slimmer in recent years. But it’s still the best rummage sale around for all things theatrical. Click here for more information.

As for me, I will be taking a vacation in Wisconsin's Door County and working in a bit of theater while I'm there. Watch for my reviews of Stephen Sondheim's "A Little Night Music" and Alan Ayckbourn's "Comic Potential," both in the beautiful outdoor theater at Peninsula Players, which is celebrating its 75th birthday this summer season. The Stage Channel has a video preview of "A Little Night Music" if you'd like a sneak peek at what I'll be seeing.
Posted by JulieK at 12:50 PM