Sunday has become a hot night for television, with biggies like The Amazing Race, Breaking Bad, Downton Abbey, The Good Wife, Homeland, Mad Men, Once Upon a Time, Revenge and The Simpsons finding space there. And tomorrow... A whole lot of your favorites are launching their fall seasons. 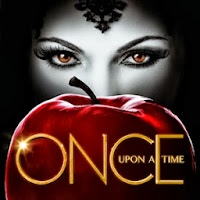 On ABC, Once Upon a Time comes back, taking us to Neverland in pursuit of little Henry, who was kidnapped at the end of last season. Snow White and Prince Charming (, as well as Evil Queen Regina, Rumplestiltskin, Captain Hook and Emma, Snow and Charming's daughter, are on board for Neverland adventures. Henry's dad, sometimes whileand Belle, the one who goes with the Beast, stayed back in Storybrooke. But everybody should be mixing it up with villainous mermaids and a nasty and dangerous version of Peter Pan as we move into Once Upon a Time, season 3. Look for the special two-hour premiere beginning at 6 Central time on ABC.

Revenge also shows up for its Season 3 premiere on ABC, followed by a new show called Betrayal that is trying to capture the Revenge spirit, maybe with a soupcon of Scandal for good measure.. On Revenge, Emily let the cat out of the bag about really being Amanda at the end of last season, and she's getting married to Daniel as this one starts. Everybody's lives are complicated when Victoria's much-beloved (maybe too beloved?) son Patrick, played by Justin Hartley, shows up. And Betrayal mixes sex, politics, murder and an illicit love affair between a defense lawyer and a prosecutor's wife. They're both married, and who they're married to makes their affair a whole lot more complicated when the two attorneys take opposite sides of a very high-profile murder case.

Over on CBS, it's time for The Amazing Race to take off from the starting line for its 23rd season. I'm not making that up. They've raced around the world 23 times now, winning nine Emmys in the Best Reality Competition Program category. The first leg of this season's race will be followed by the season premieres of The Good Wife and The Mentalist, at 8 and 9 Central time respectively. Alicia (Juliana Margulies) is jumping ship from Lockhart/Gardner to create a new firm with Cary and the ill-treated associates. "Everything Is Ending" is the name of the premiere episode, the one that begins the war between Alicia and her Lockhart/Gardner boss, Will, who also happens to be her ex-lover. And what about husband Peter now that he won his election? 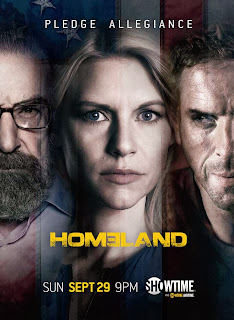 Showtime is starting up its espionage thriller Homeland for its third season, showing what happens "during the aftermath of the horrific terror attack that decimated the U.S. intelligence apparatus and prompted a global manhunt for the world's most wanted terrorist, Nick Brody (Damien Lewis). As Carrie (Claire Danes) and Saul (Mandy Patinkin) begin to pick up the pieces of their shattered professional and personal lives, they are swept up in the political and media firestorm surrounding the terror attack and the subsequent search for Brody's whereabouts." The aftermath begins at 8 Central, followed by a new show called Masters of Sex, starring British actor Michael Sheen and American Lizzy Caplan as Masters and Johnson, the trailblazing duo -- he was a fertility expert and she was a twice-divorced single mother -- who became famous for their research into human sexuality starting in the late 50s. 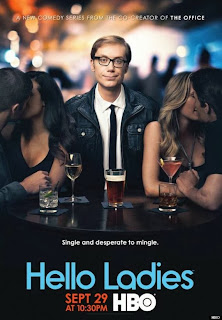 And on HBO, you'll find another new series, this one a comedy called Hello Ladies, about a hapless web designer who moves from England to LA and begins a desperate search for love and romance. Or at least a date. The web designer looking to get it on with the ladies is played Stephen Merchant, Ricky Gervais's frequent collaborator and co-creator of the original British version of The Office, who recently went viral after a lip sync contest on Jimmy Fallon's Late Night. He's tall, he's spindly, he's affable, and he does a heck of a job on Beyonce's "Single Ladies," but the New York Times called his new show "mortifying and melancholy, played out against a tinselly, soft-jazz vision of nighttime Hollywood." If mortifying and melancholy is your thing, Hello Ladies may be just what you're looking for. Merchant's dating games begin at 9:30 pm Central time on HBO.

If your DVR is already overloaded, you'll still need to make room for the 75-minute series finale of Breaking Bad at 8 Central time on AMC. It's all over. Breaking Bad will be broken, one way or the other.
Posted by JulieK at 3:39 PM