Attend the Tale of Sweeney Todd (Coming to PBS) 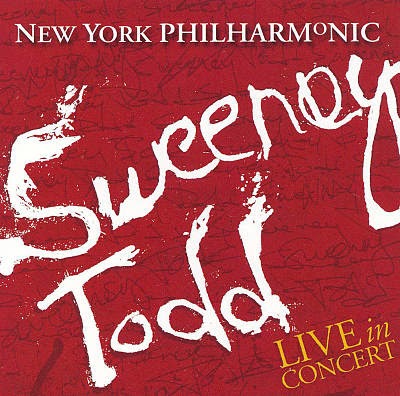 When opera star Bryn Terfel and Oscar-winning actress Emma Thompson signed on to play the murderous Sweeney Todd and his accomplice Mrs. Lovett in Sweeney Todd: The Demon Barber of Fleet Street at Lincoln Center with the New York Philharmonic, it was a given that the performances would be few and the tickets would be scarce.

The concert version of Sweeney Todd -- on stage for five performances in early March -- was an all-star event, much like the Company the New York Philharmonic did in 2011. In addition to Thompson and Terfel, Sweeney featured Jeff Blumenkrantz as the Beadle, Christian Borle as Pirelli, Jay Armstrong Johnson as Anthony, Erin Mackey as Johanna and Philip Quast as Judge Turpin. And there's a very special mystery guest who showed up to sing the role of the Beggar Woman. Let's just say she has won a ton of Tony Awards and leave it at that.

And like Company, the show will live on even though the live performances are over. Company was filmed in concert and then released throughout the country in movie theaters. Sweeney Todd is going for the small screen instead. Look for it as part of PBS's Live from Lincoln Center sometime in the future.

For a backstage interview with Thompson and director Lonny Price as well as pictures and more video, check out Charles Isherwood's New York Times review of the concert. Broadway World offers video highlights as well as a review round-up. Let's just say the reaction to Terfel and Thompson as well as Price's staging choices was very positive, and you're gonna wanna see this concert by hook or by crook, by video or by Live from Lincoln Center.
Posted by JulieK at 10:42 AM