It's no secret that February's weather was terrible, so I suppose it should come as no surprise that I was under it -- under the weather, I mean -- for the last week of February. Or, actually, most of February. That means I am way behind on telling you what's happening in March, talking about the Oscars, bidding adieu to Downton Abbey for another season, or covering the shows that opened and closed during the time I was sick. It's been a rough month!

But now that it's March and I actually started the day without running a temp, let's try to pull ourselves out of February malaise and get on with the show.

As a side note to last night's Oscars, I do have to direct you to Youtube to see the Jimmy Kimmel parody videos. They mix Hollywood stars and dramatic tropes with favorite video memes, like "Charlie Bit Me" and the Keyboard Cat. I have watched the Keyboard Cat one ("Ameowadeus") with Kevin Spacey and Christoph Waltz at least twelve times already. And there are no words for "David After Dentist Double Rainbow Oh My God! in 3D" as a drug-induced Baz Luhrman hallucination involving Joseph Gordon-Levitt, Catherine Zeta Jones, Samuel L. Jackson and Seth Rogen.

Back in real life, Other Desert Cities continues this week at Heartland Theatre, turning in its last four performances on Thursday, Friday, Saturday and Sunday. The weekday shows begin at 7:30 pm, while the final Sunday matinee begins at 2 on March 9. Theater critic Nancy Steele Brokaw lauded the show's acting and emotional punch in her review for the Pantagraph, and audiences have been reporting they are blown away by director Sandra Zielinski's production of this Jon Robin Baitz drama about a wealthy family's secrets and lies. 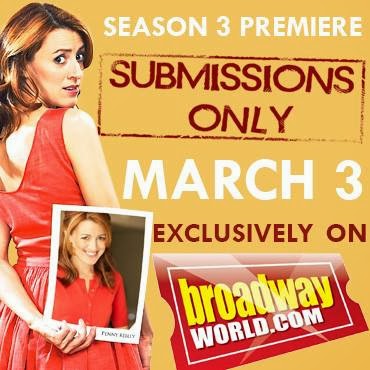 Today is the big day -- Monday, March 3 -- when the net series Submissions Only finally returns to tell us what's been happening with unlucky New York actress Penny Reilly (co-creator Kate Wetherhead) as she navigates auditions, shows, the drama created by crazy colleagues and friends, and the hint of a thing with the adorable Aaron Miller (Santino Fontana). Submissions Only is addictive. If you haven't already seen all the episodes from season 1 and 2, you'll watch to catch those before diving into season 3 at BroadwayWorld.com starting at 8 Central time tonight. Once you've watched (or during your viewing experience) you can also chat with the cast on Twitter @submissionsonly between 8 and 9 pm Central/9 and 10 EST. 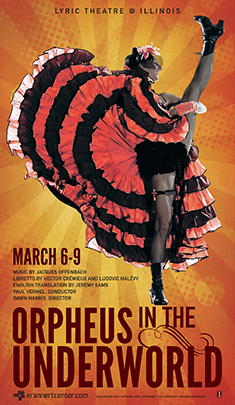 Jacques Offenbach's Orpheus in the Underworld takes the stage in the Tryon Festival Theatre at Krannert Center for the Performing Arts in Urbana from March 6 to 9. This production is a product of the new musical theater/opera program at the University of Illinois called the Lyric Theatre @Illinois. Opera star Nathan Gunn currently holds the position of General Director for the Lyric Theatre, while his wife, pianist Julie Jordan Gunn, acts as the Director of Lyric Theatre Studies. Orpheus, described as "an irreverent romp through a lusty and lively heaven, hell, and earth," is one of three Lyric productions planned for this year, mixing musical theater with opera in an attempt to teach and nurture well-rounded performers who can sing, dance, act and entertain across disciplines. 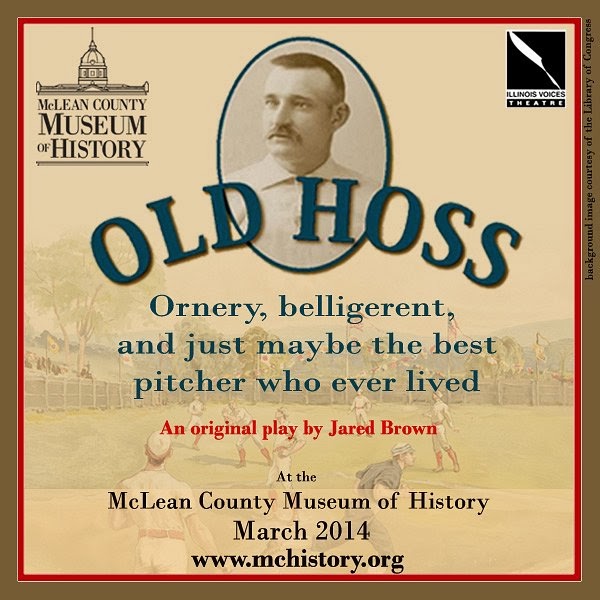 If you're a baseball fan and you know your Bloomington-Normal history, you know about Charles "Old Hoss" Radbourn, the Hall of Fame pitcher buried in Evergreen Cemetery. Radbourn pitched what has been called "the winningest season in big league history," piling up 59 victories in the 1884 season on his way to a career total of 309 wins. He's been dead since 1897, but he has a Twitter account nonetheless, proving you can never truly silence an ornery, cantankerous baseball player. Old Hoss has shown up in the local Discovery Walk at Evergreen Cemetery, he's got a book about that amazing 59-win season, and now he's got a play. Playwright Jared Brown has put together a piece on Old Hoss for Illinois Voices Theatre in conjunction with the McLean County Museum of History. Rhys Lovell, who portrayed Radbourn in the cemetery walk, returns to play the role, accompanied by actors John Bowen and Howard Rogers. They'll play out this new take on Radbourn's colorful life in three performances March 7, 8 and 9 in the Governor Fifer Courtroom at the McLean County Museum. Tickets are priced at $15 for the general public and $12 for members of the Museum. You can purchase tickets in person at the Museum or by phone at 309-827-0428. 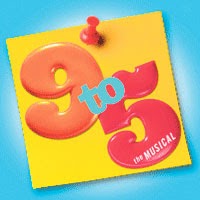 Community Players is back in the game starting March 20, when they open 9 to 5 the Musical, the stage (and, yes, musical) version of the 1980 comedy film that starred Jane Fonda, Dolly Parton and Lily Tomlin as three working women trying to make a living in a hostile corporate world. Dolly Parton wrote the title song for the film and the score for the Broadway show and she certainly knows her way around a pop tune. For Players, Brett Cottone directs a cast that includes Kallie Bundy, Wendi Fleming and Aimee Kerber as the three friends who take drastic action against a sexist pig of a boss, with Mark Robinson as the pig in question. Performances of 9 to 5 continue through April 6 at Community Players. 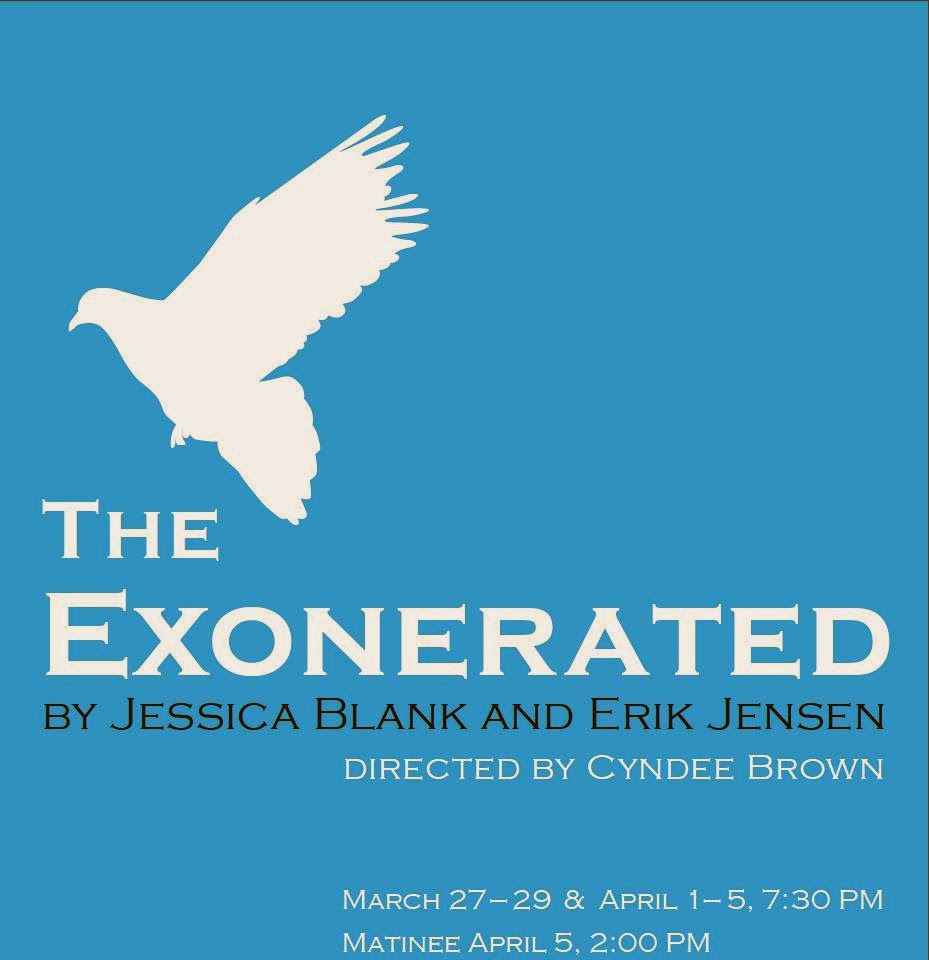 Next up at Illinois State University is the docu-drama The Exonerated, written by Jessica Blank and Erik Jensen and based on real trial transcripts, court documents and interviews with death row inmates who'd been wrongfully convicted. What do you do when you know you're innocent but the justice system has completely failed you? Even after the miracle of exoneration, how do you go back to living a life unscarred by what you've been through? Director Cyndee Brown brings this call to action to the ISU Center for the Performing Arts in a special benefit performance on March 21, followed by a short run in Centennial West 207 from March 27 to April 5. Brown's cast includes Nate Aikens, Mary DeWitt, Levi Ellis, Joe Faifer, Anastasia Ferguson, Gregory D. Hicks, Thomas Howie, Tim Jefferson, Dave Krostal and Cydney Moody as exonerees, witnesses, police, attorneys and other interested parties. CW 207 is a small space, so get your tickets now. You can pretty much bet The Exonerated will sell out fast. 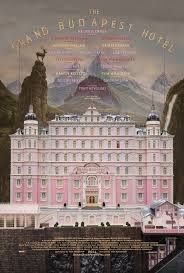 A movie I am very much looking forward to -- Wes Anderson's The Grand Budapest Hotel -- has been announced for a March 28 opening at the Art Theater Co-op in Champaign. Wes Anderson is an either/or proposition for me. I loved Moonrise Kingdom and Rushmore, but was unimpressed and uninvolved with The Royal Tenenbaums and The Darjeeling Limited. Steve Zissou landed somewhere in the middle, but probably closer to the wrong side. Will The Grand Budapest Hotel be a dream or a dud? Based on the trailer and the amazing cast (Ralph Fiennes, Jeff Goldblum, Tilda Swinton, F. Murray Abraham, Edward Norton, Bob Balaban, Willem Dafoe, Owen Wilson, Tom Wilkinson, Jude Law, and of course Bill Murray and Jason Schwartzman) it looks like it should be right in my wheelhouse.
Posted by JulieK at 3:02 PM

Email ThisBlogThis!Share to TwitterShare to FacebookShare to Pinterest
Labels: 9 to 5, Old Hoss Radbourn, Orpheus in the Underworld, Other Desert Cities, Submissions Only, The Exonerated, Wes Anderson