PIZZA ON THE CORNER Is Coming to Your Neighborhood 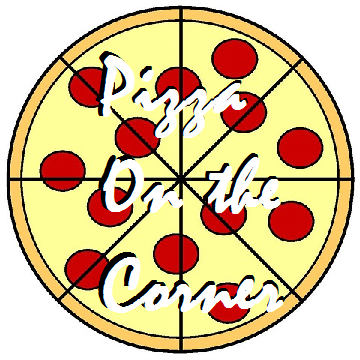 A group of local theater folk has decided to put on a show. Nothing unusual there, except this one is a television show. Or a web show, at any rate.

Pizza on the Corner, a comedy series created for the web, will involve the goings-on at a small pizza place. Drivers, managers, cooks and customers will show up in thirty-minute episodes planned to be released on Youtube every other week beginning April 14, 2014.

Co-creators Aaron J. Thomas, Kevin Brady and Maegan O’Brien have all worked in pizza places themselves, so they're pooling their experiences and stories to fuel Pizza on the Corner, which will be written by Jake Giszczynski, Alex Gould and Cameron Strassman and star Thomas alongside Shelby Brand, Cassandra Conklin, Drew Burningham, Kyle Fitzgerald, Nina Ganet, Rick Jensen, Brittany Mounce, Anthony Murray, Jen Oziemkowski, Alyssa Ratkovich and Samuel Willis as personalities who inhabit this pizza world.

Thomas notes that the fictional pizza joint at the center of the show will have a Normal, Illinois, address, plus Pizza on the Corner will be filmed and shot in Normal, with all kinds of Illinois State University students behind and in front of the camera. ISU's Student Television Workshop is now on board, as well. And that makes Pizza on the Corner a homegrown Normal product from beginning to end. Or, in a more pizza-appropriate metaphor, from the first batch of dough to the last pepperoni.

Keep an eye on the Pizza on the Corner Facebook page for updates and info as their premiere gets closer. And in the meantime, keep an eye out for faux-pizza employees filming near you. You might just be able to score a cameo as Irate Customer No. 6 or Person Who Didn't Really Order Pizza but Is Being Pranked No. 12.

It could happen!
Posted by JulieK at 1:20 PM