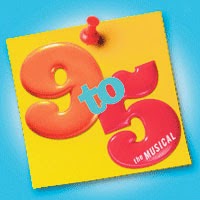 As Community Players gets ready to launch 9 to 5, the musical based on the film starring Jane Fonda, Dolly Parton and Lily Tomlin, we get the news that Netflix is planning to reunite Fonda and Tomlin in a new comedy series.

Netflix has enjoyed success with original programming like Arrested Development, House of Cards and Orange Is the New Black, so it's no surprise they're continuing to look for projects. Fonda got great notices when she appeared in HBO's The Newsroom, while Tomlin got her start on Laugh-In and has shown up in everything from The West Wing to Desperate Housewives and Web Therapy in recent years, making it clear both actresses are open to TV. On the other hand, does Netflix really count as television? You can watch their shows on your TV, yes, but also on your laptop or iPad or whatever device you want, or have them send you the discs to pop in your DVD player, just like the other movies and shows they offer. 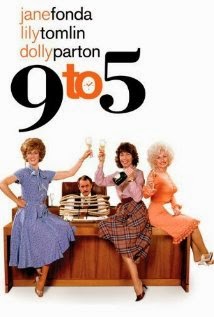 Whatever you want to call Netflix's corner of the entertainment world, you'll find Fonda and Tomlin there, playing characters named Grace and Frankie. Grace and Frankie is also slated to be the name of the series, according to the Hollywood Reporter. The two women are former enemies "whose lives are turned upside down when their husbands announce they are in love with each other and plan to get married. The women, much to their own dismay, find that their lives are permanently intertwined and, much to their surprise, they find they have each other."

Netflix has ordered 13 episodes and plans to air the show in 2015. Grace and Frankie is created and written by Marta Kauffman, who created Friends, and Howard Morris, producer of Home Improvement.

Morris and the other Home Improvement producers were nominated for an Emmy for Best Comedy Series, while Kauffman won in that category for Friends. But they are both lightweights compared to Tomlin, who's won five primetime Emmys and one for daytime, two Tonys, two Peabodys, a Grammy and the Mark Twain Prize for humor, along with an Oscar nomination for the movie Nashville. Fonda has won two Oscars -- for Klute and Coming Home -- with five more nominations. She also won an Emmy in 1984 for her performance in The Dollmaker and has been nominated twice since then, including last year for The Newsroom.

Fonda and Tomlin are big talents, let's put it that way. Netflix chief content officer Ted Sarandos is quoted as saying, "The show created for them by Marta and Howard is warm, very funny and anything but wholesome. We can't wait." in the Hollywood Reporter piece.
Posted by JulieK at 12:42 PM