And the "Spring" TV Season Begins...

Who remembers when there was one TV season, running from September to May? Now we have two (or more) with a lot of shows taking a hiatus over the holidays and coming back in the new year. That means cliffhangers, questions and lives in peril in November and December, with no resolution till January.

We haven't seen Downton Abbey on PBS Masterpiece since last February, but it returns next Sunday with new episodes about the adventures of the Crawley family, their servants and their friends and enemies. Click here for a preview of what's ahead at the Abbey. Let's just say, "The Russians are coming! The Russians are coming!" 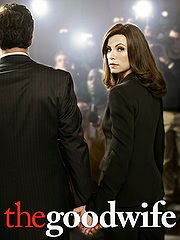 The Good Wife also comes back next Sunday night on CBS, jolting us back into the drama surrounding Florrick Agos & Lockhart. Alicia's campaign for State's Attorney has hit more than one bump, even if she does have a very hot campaign manager (Broadway's Steven Pasquale). Will she bow out? Or pulverize David Hyde Pierce's Frank Prady, who has revealed a nasty side under his warm TV persona? Will she hook up with the very pretty and smart Finn Polmar now that she and the hubby have agreed they can lead separate lives in private? We saw Cary (the Agos in the firm's name) take a plea for supposedly counseling drug lord Lemond Bishop and his thugs on how to break the law without getting caught, but will he end up back in jail or on the lam? Where ya goin'? Barcelona? And what about Kalinda? Not to mention the rest of Lockhart Gardner left behind, like the odious David Lee and sneaky Louis Canning (Michael J. Fox)? And what will happen to the cheeky process server played by Nathan Stark, the son of ISU's Lori Adams and John Stark?

January 4 is a jam-packed Sunday night, with returns from Brooklyn Nine Nine, CSI, Family Guy, Madam Secretary, Revenge and The Simpsons as well as Downton Abbey and The Good Wife.

Two new shows will also be taking bows. Well, Celebrity Apprentice 7 is hardly new. Or interesting. But The Donald and his collection of crazies, blowhards and nutballs will be back. This season's cast of misfit toys includes a Jonas Brother, an NFL star who should know better, two Olympic gold medalists who should know better, slew of reality TV personalities and a couple of dubious "journalists." 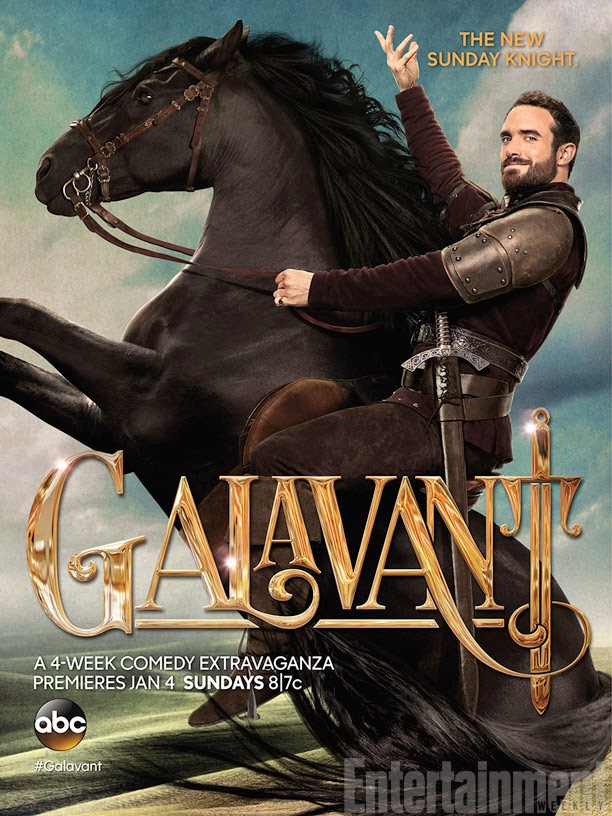 The other new show is a more curious (and much more interesting) proposition. What with Once Upon a Time on ABC and Grimm on NBC, not to mention all the vampires, superheroes and immortals running around the networks and all the fairytale movies that have come and gone in recent years (Into the Woods, Frozen, Maleficent, Mirror Mirror, Snow White and the Huntsman, Red Riding Hood, Jack the Giant Killer, Tangled, a bunch of Shreks and the companion Puss in Boots, etc.) you may wonder if we really need another fairytale show. Well, we're getting one whether we need it or not. This time it's Galavant, a musical comedy romp about a knight errant intent on getting back his lady fair. Yes, I said "musical." It sounds a bit like Spamalot meets When Things Were Rotten.

Dan Fogelman, the screenwriter behind movies like Crazy, Stupid, Love, Tangled and Bolt, is executive producer on this project, with composer Alan Menken (Aladdin, The Little Mermaid, Beauty and the Beast) and lyricist Glenn Slater (The Little Mermaid, Tangled) providing all the songs for what ABC is billing as "a 4-week comedy extravaganza."

Galavant appears to be set for two half-hour episodes each Sunday night from January 4 to 25, taking over Once Upon a Time's 8 to 9pm Eastern/7 to 8 pm Central time slot. Check out its ABC site for a sneak peek at the music, the cast and other behind-the-scenes info.
Posted by JulieK at 11:17 AM